This book tells it exactly like it was. One of the most thorough and accurate portrayals of what it was like to be part of a bomber group during WWII. The story begins by giving a summary of the events leading up to the war. It then transitions into how thousands of young men answered the call to serve their country in the Army Air Corps. Coming together as a cohesive bomber crew first required individual training depending upon the crew position. One chapter thoroughly explains each position on a B-17 bomber. The events overseas with the first bomber groups to arrive in England before the 452nd Bomb Group arrived are detailed in harrowing details. The missions flown by the crew of the Sunrise Serenade are then detailed as well as the other crews within their group. Details of every plane that was shot down is told as they occurred. The shooting down of the Sunrise Serenade on its 20th mission was only the beginning. The story not only stays with the other crews flying, but also gives the accounts of the various POW camps in Germany as well as what it was like to be in the Belgian Underground.

There are 20 chapters as well as details on the famed caterpillar Club, the POW and Purple Heart Medals, the plane names and target locations associated with the 452nd Bomb Group, the 8th Air Force organizational chart, details on flak, and much more! 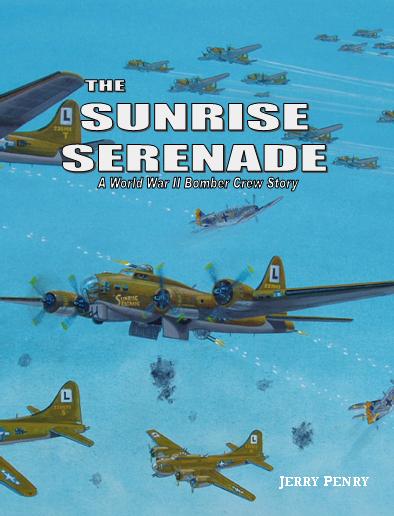 HOW TO ORDER:
(Click "Add to Cart" for Credit Card orders, or "ORDER" for personal check orders.)