The former railroad bridge southeast of Valentine, Nebraska is the jewel of the "Cowboy Trail" that stretches across northern Nebraska. This railroad was abandoned in 1992 and was converted to a hiking/biking trail by the Nebraska Game & Parks Commission. The book, The Valentine Railroad Bridge, detailing every aspect of this bridge, has been published by railroad historian Jerry Penry of Lincoln, Nebraska. The author extensively researched the history of the coming of the railroad to Fort Niobrara near the bridge. The 140-foot-tall steel bridge was built in 1909-10. Many construction photos show the various aspects of building this bridge from the construction of the high earth fill to the placement of the twelve towers.

Rare photos show the 1882-83 construction of the first timber bridge located to the north of the present bridge. The book touches on what early life was like in Valentine and in the ghost town of Thacher during their first year. The author researched the construction of both bridges from a historical and an engineering aspect. Extensive research was compiled by using archived railroad engineering data, newspaper accounts, and on sight research. This book is a must-have for anyone familiar with the area or who hikes to this bridge. The Valentine Railroad Bridge will answer any question as to its construction and history. 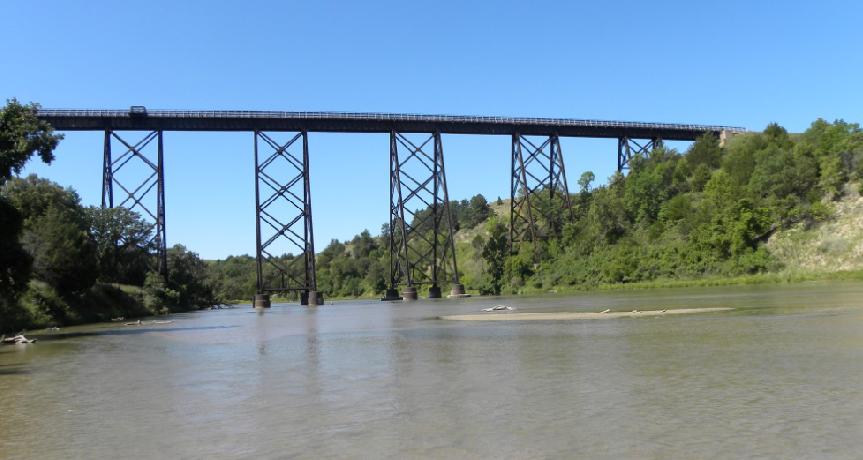 The east side of the bridge as seen from the Niobrara River. The north abutment is at right. - Jerry Penry photo. 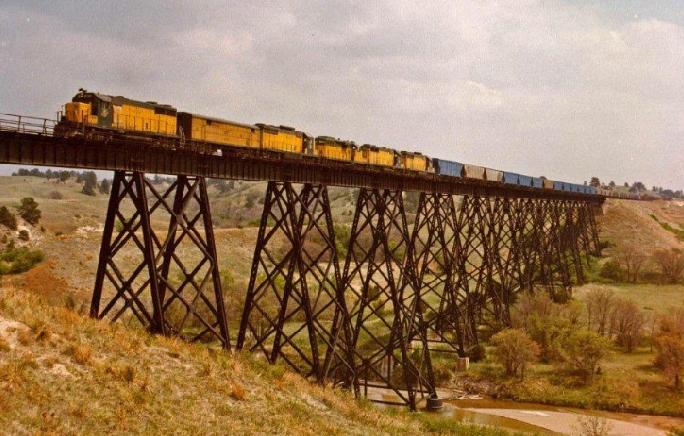 A westbound freight crosses the bridge in the 1980's. - Robert Eddy photo. 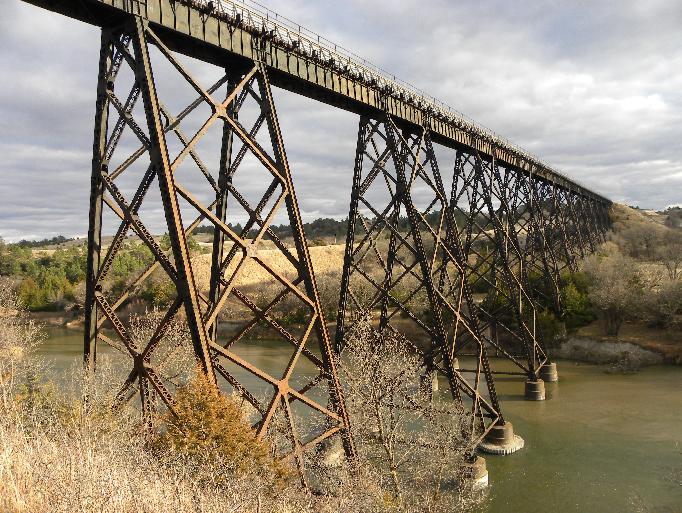 The west side of the steel bridge as seen from the north end. - Jerry Penry photo.

The first train across the new bridge. - Courtesy of Valentine's Centennial Hall. 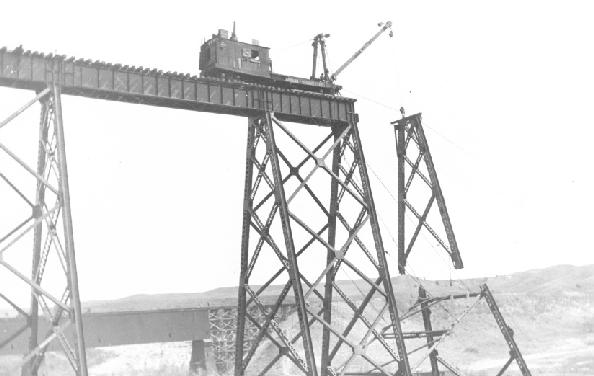 Construction of the new bridge from the north end. - Courtesy of Valentine's Cenntennial Hall. 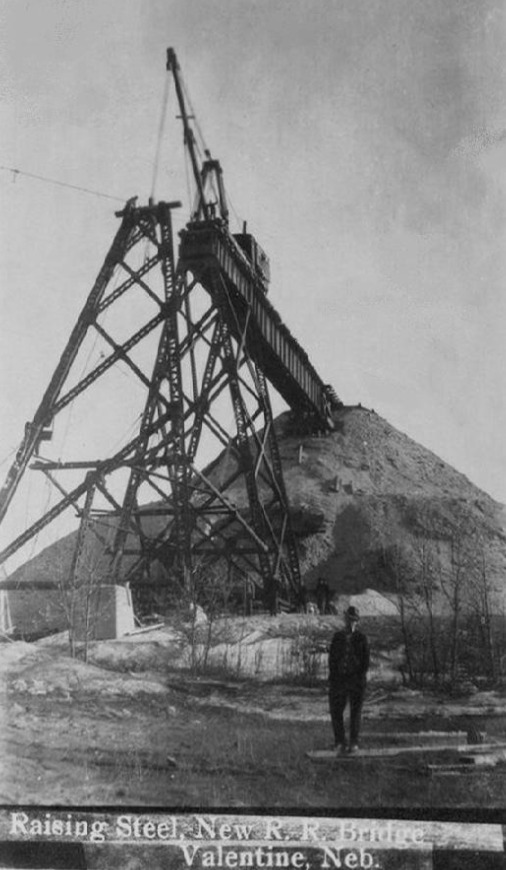 Construction of the new bridge from the south end. - Jerry Penry collection.