Robinson, North Dakota, is a tiny town 70 miles northeast of Bismarck with a 2010 census population of just 37 residents. It's claim to the Geographical Center of North Dakota is due to what Hanson's Bar co-owners Bill Bender, Jeff Whitman, and Victor Backman call "common sense science". During the summer of 2015, the three men came to the conclusion that due to polar ice cap melting and sea level rise, the Geographical Center of the North American continent is shifting south. According to their calculations, the center of the continent is located precisely under their bar. A large decal was affixed to the floor to mark the location just a few steps from the 45-foot-long bar.

Although Hanson's Bar is 84.3 miles in a straight line south of the monument erected at Rugby, the promoters feel that they have just as legitimate right to the Geographical Center as anyone else. Before anyone dismisses the claim by those in Robinson, it should be noted that Hanson's Bar has secured the trademark to the phrase "Geographical Center of North America" after those in Rugby failed to renew it. Beginning on August 11 & 12, 2017, the town will have the First Annual celebration known as "CenterFest". Just what the future holds for this town in regard to their bold claim is unclear, but for now the patrons of the bar are having fun with their promotion as they move forward. 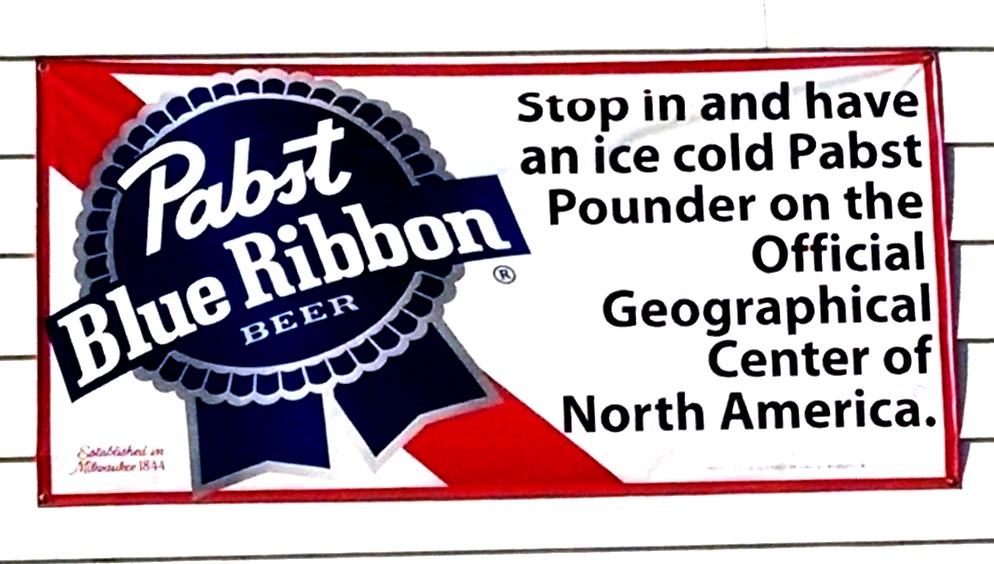 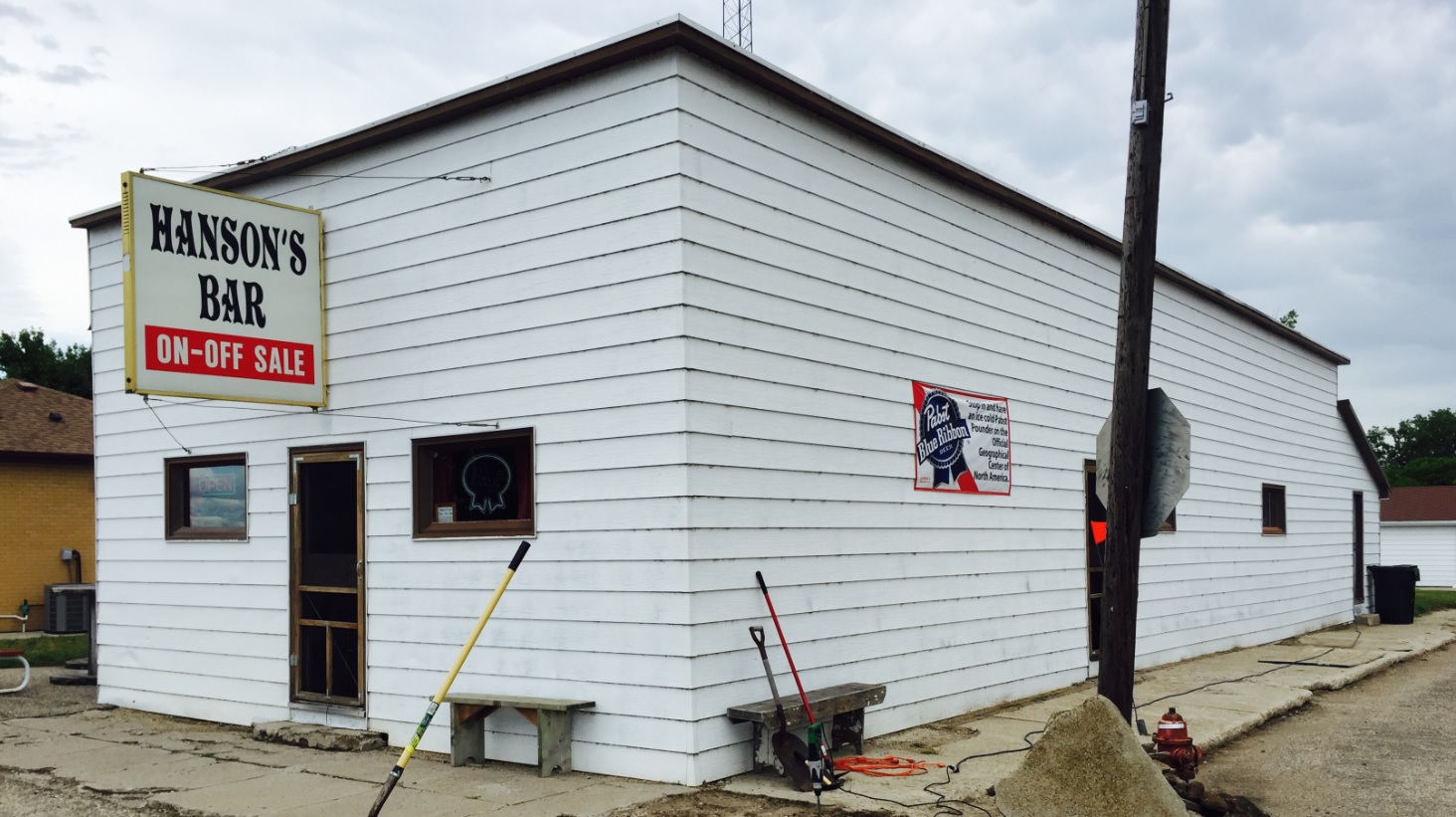 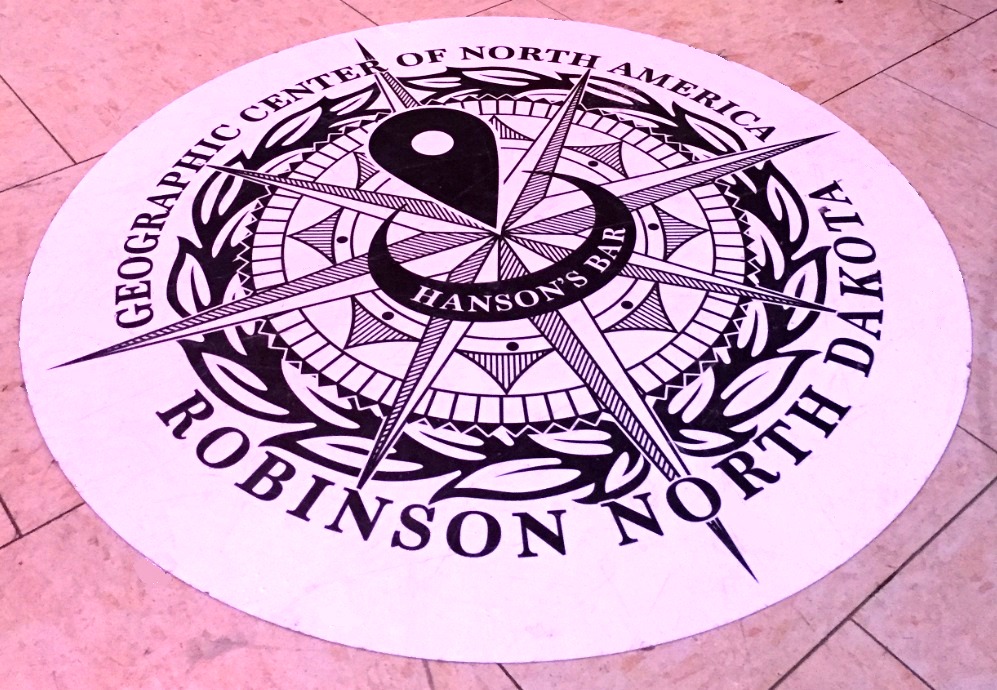 A large decal on the floor in Hanson's Bar represents their Center of North America location. - Bill Bender photo. 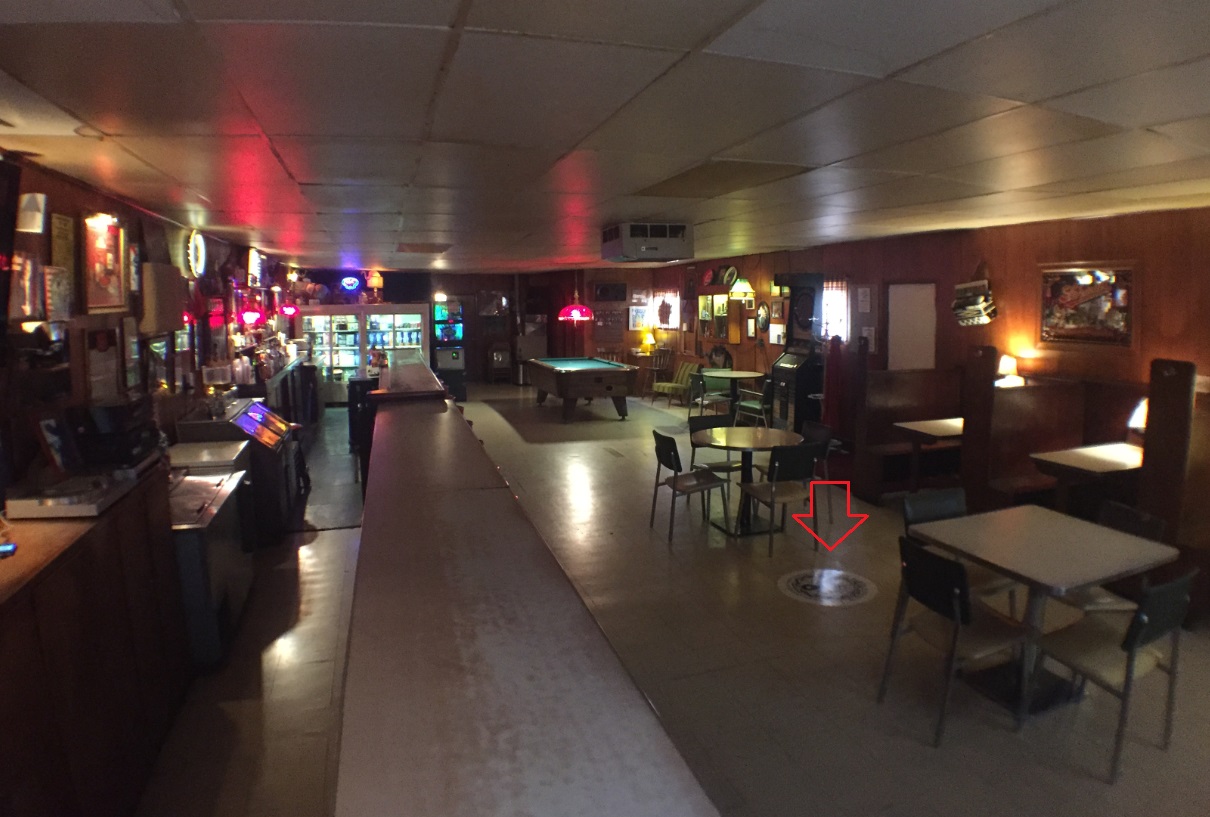 Inside Hanson's Bar. The arrow marks the location of the large decal on the floor. - Bill Bender photo. 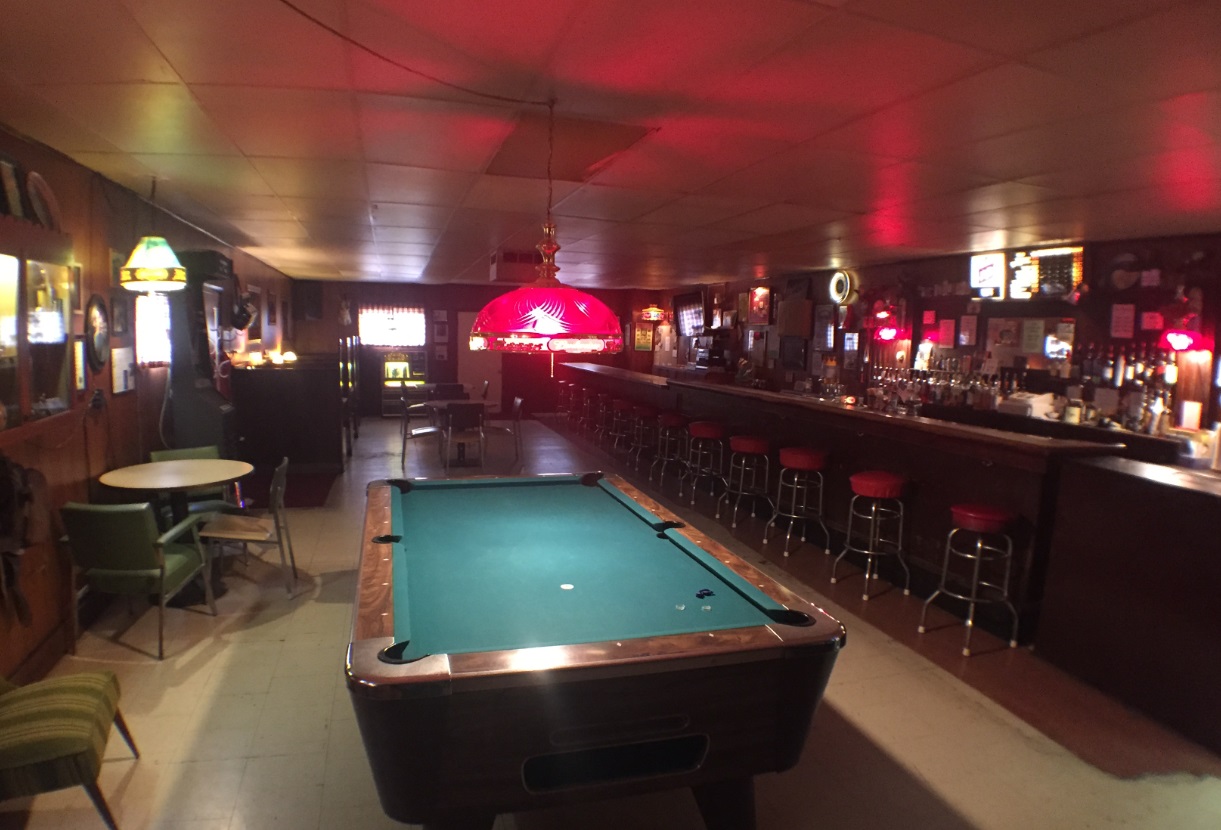 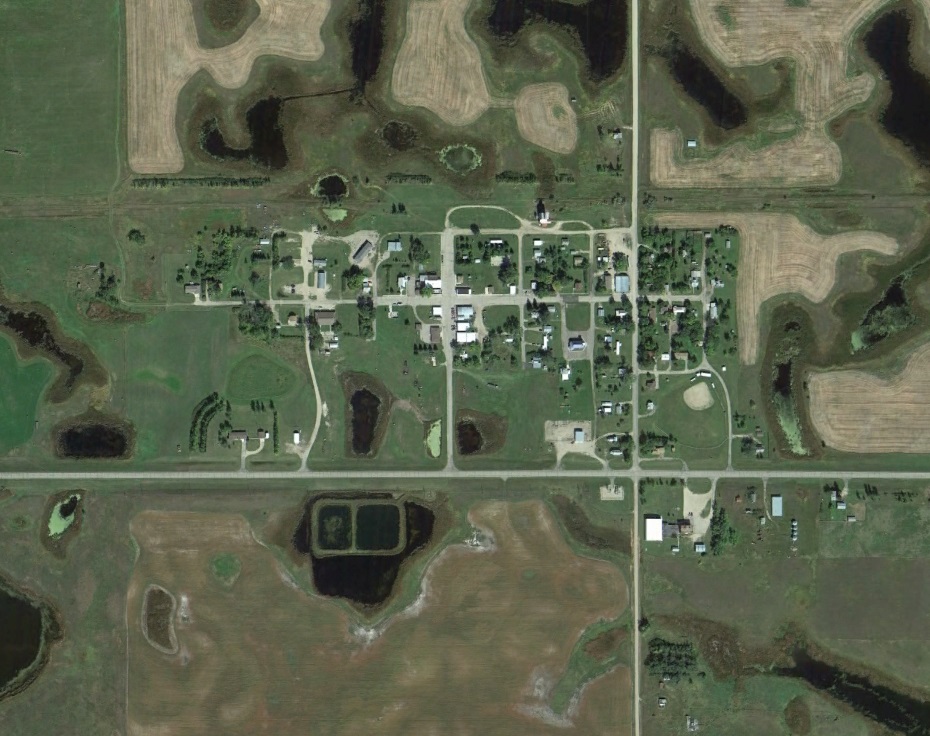 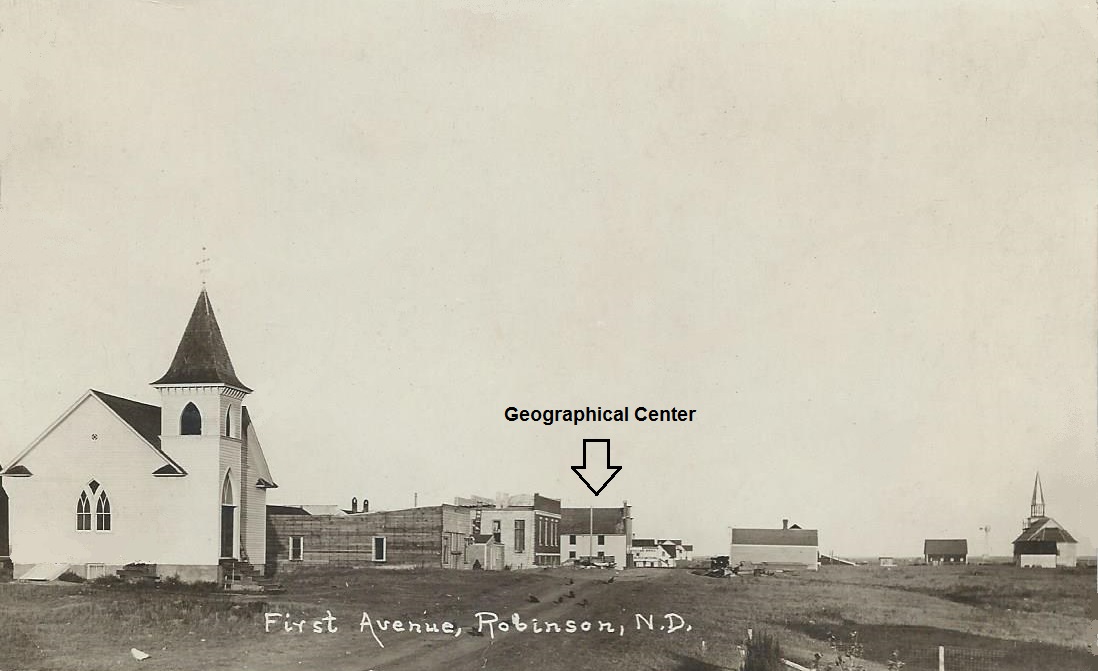 An early view of Robinson not long after it was founded in 1911.
The location of the two-story building is now where the bar is located. - Collection of Jerry Penry.