In 1911, the first structure was built on Harney Peak for use as a fire lookout tower. From a historical photo, it is clear the original top of Harney Peak was blasted off with dynamite in order to provide a level surface for the tower. This blasting destroyed the triangulation point placed there in 1893 that was assumed to have been the point on which the 7242' elevation was referenced. While this necessary step in removing part of Harney Peak proved beneficial for the placement of the Lookout Tower, it unfortunately removed any chance of verifying the early surveyors' accuracy in determining the true elevation.

The first tower was a wood frame building that had three windows per side and a peaked roof. The building was secured by guy wires extending outward to anchors in the granite. On the tip of the roof, a pole extended which had a wind gauge. A flag pole for the United States flag was anchored into the granite nearby and a telegraph line from Hill City came up to the building. 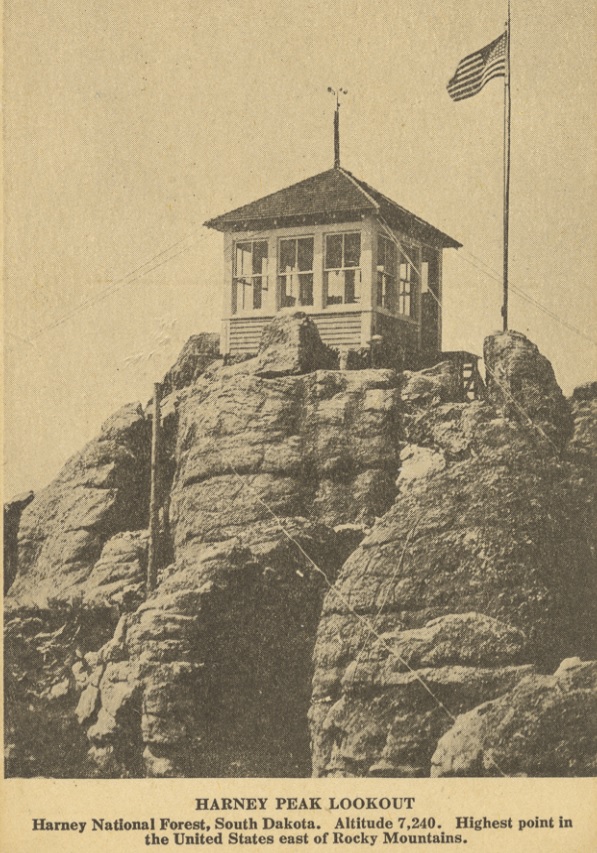 The first Lookout Tower believed to have been built in 1911. - Collection of Paul Horsted.

The second Lookout Tower was constructed in 1919 and was also a frame structure, but larger than the original building. It is characterized by five windows per side and was placed upon a foundation of cemented rock. Whether more of the peak was blasted off to facilitate this second building is unknown, but it is likely that at least portions were. The height of this second structure was not significantly taller than the original structure. The elevation of Harney Peak remained at 7242' after the construction of the second tower. 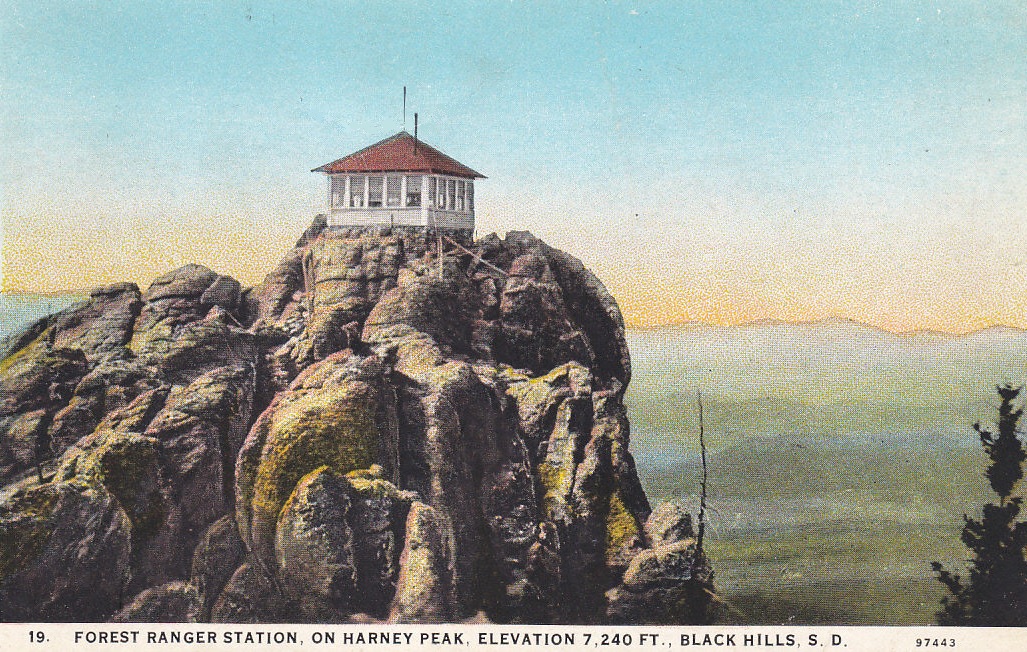 The second Lookout Tower believed to have been built in 1919. - Collection of Jerry Penry.

The most significant change to Harney Peak came in 1938 when the present Lookout Tower was started and completed in 1939. This tower was constructed of stone and has three separate levels. Almost assuredly the original rock on the peak was further altered to facilitate this much larger structure. The height of the third and final tower was significantly higher than the two previous towers. Atop the roof was a lightning rod which extended another 5' into the sky. Despite this change to the natural rock surface and the extended height of the Lookout Tower, the elevation associated with Harney Peak remained at 7242'. 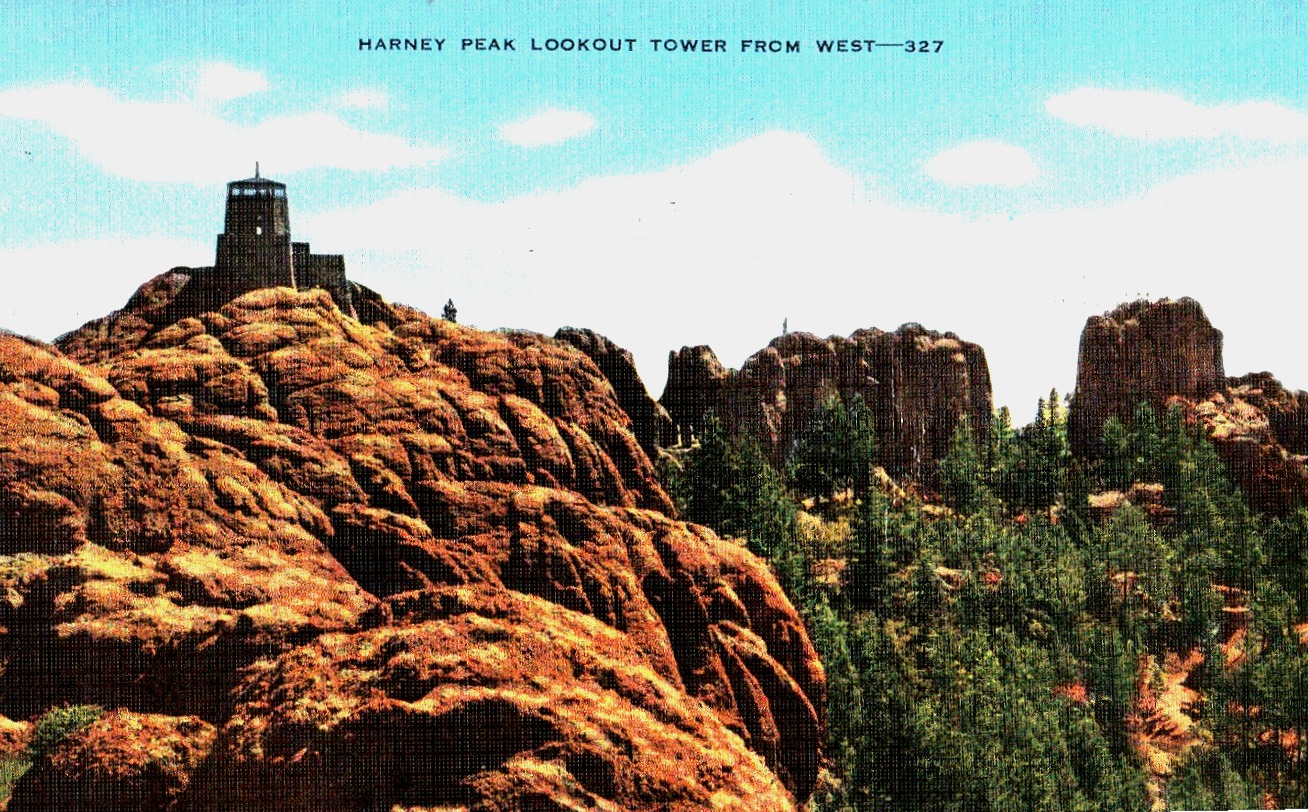 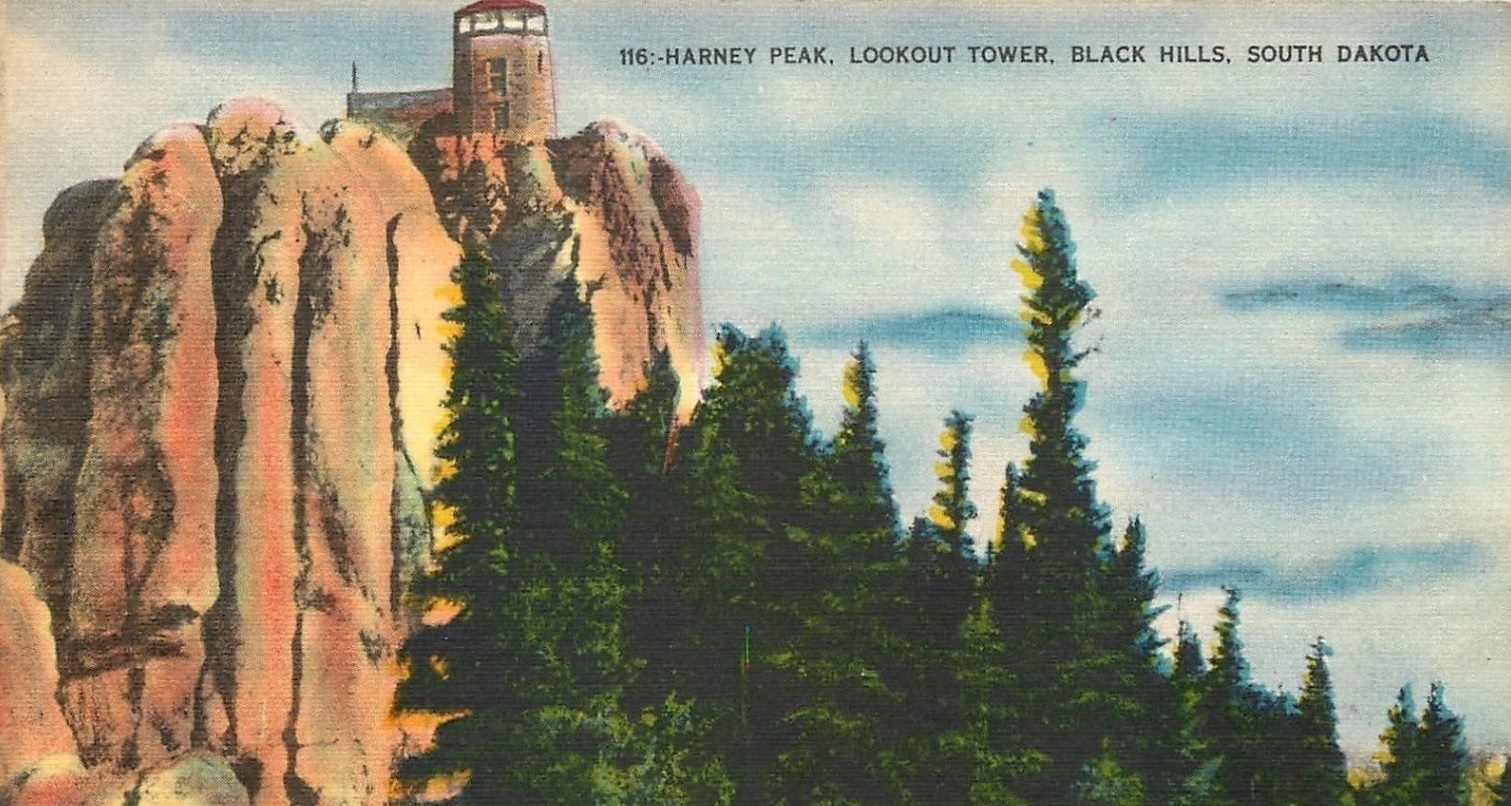 Two early views of the present Lookout Tower that was built in 1938. - Collection of Jerry Penry. 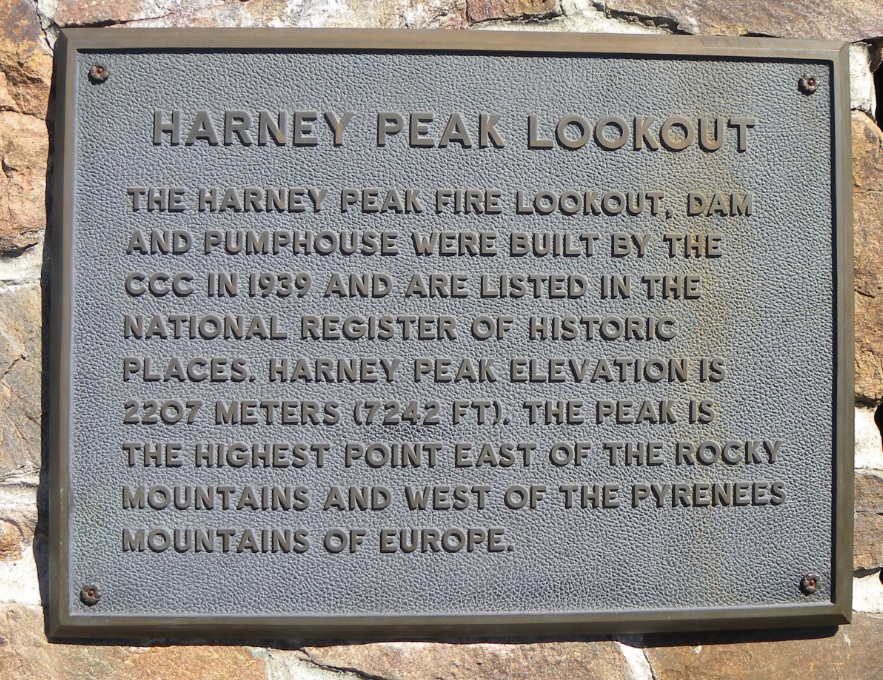 A bronze plaque at the present Lookout Tower states the elevation is 7,242. This figure was carried from the determination made in the late 1890's. - Jerry Penry photo. 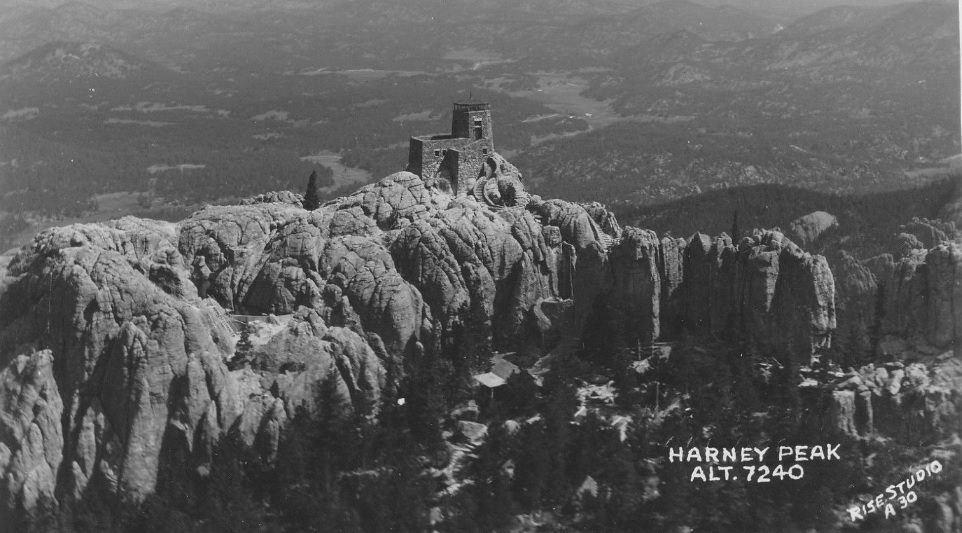