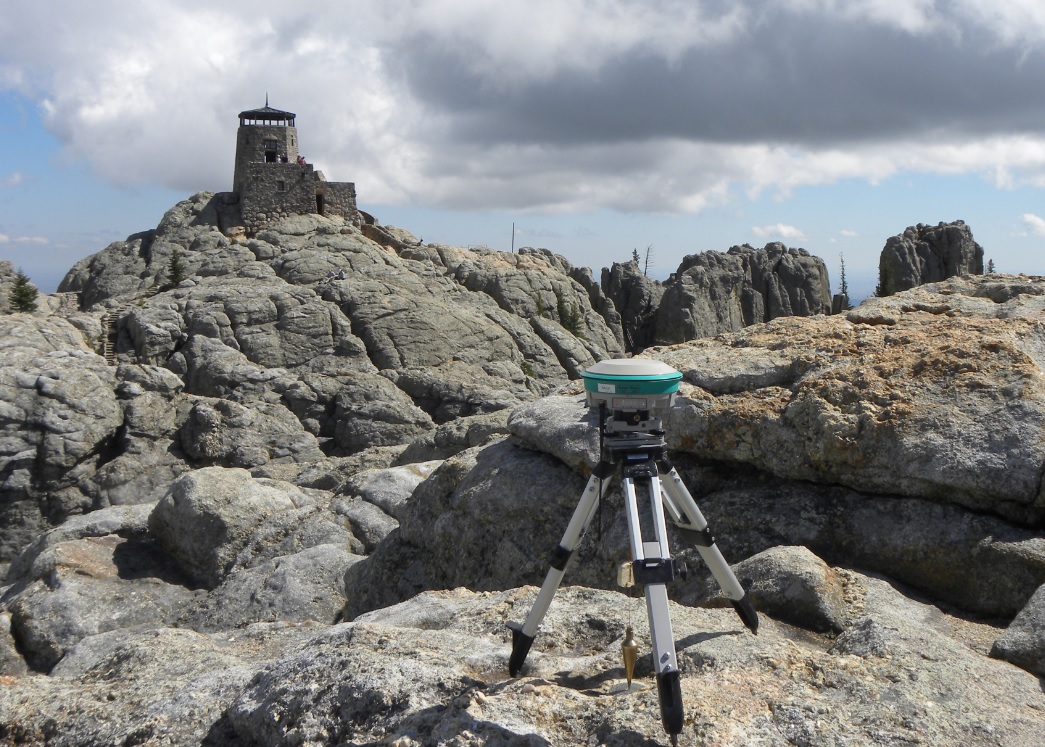 In 1950, surveyors with the U. S. Coast & Geodetic Survey placed a 3.5-inch diameter bronze disk into the granite on Harney Peak. This agency is today the National Geodetic Survey (NGS). This marker has a triangle in the center with a small dot for the precise point. It was appropriately named "HARNEY". The peak had been without a geodetic survey marker for 40 years since the original iron bolt place by the U. S. Geological Survey in 1893 was removed when the peak was blasted for the first Lookout Tower in 1911. The marker placed in 1950 is approximately 115 yards west of the Lookout Tower and in a more accessible location. It was never intended to be placed for the highest location on the peak, but rather a point from which surveyors could measure horizontal and vertical angles to other peaks. A sight was placed on this point to be seen from other peaks as well. The elevation of this marker is approximately 18' lower than the highest remaining natural rock near the Lookout Tower. There has been some confusion since NGS publishes the position for this marker and it could be construed as being on the high point of the peak. 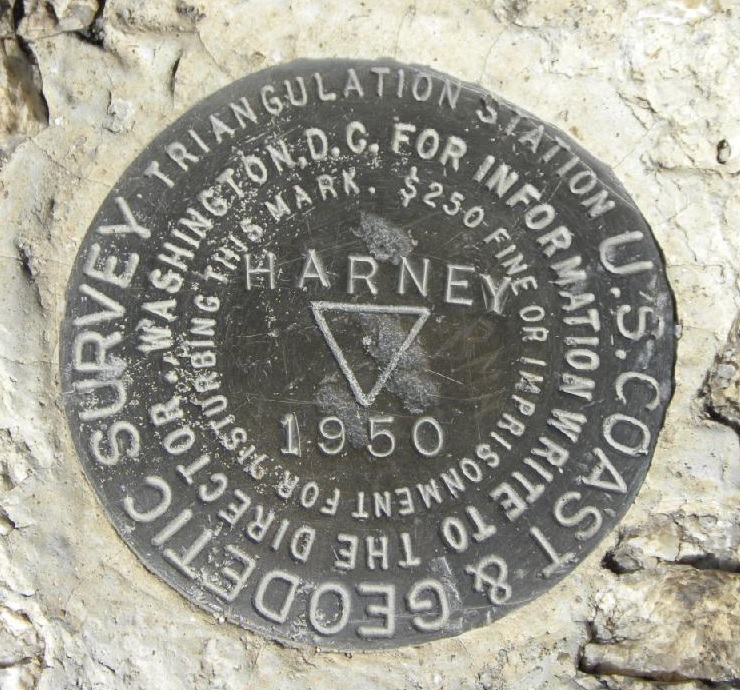 Triangulation Station "Harney Peak" was placed by USC&GS in 1950. 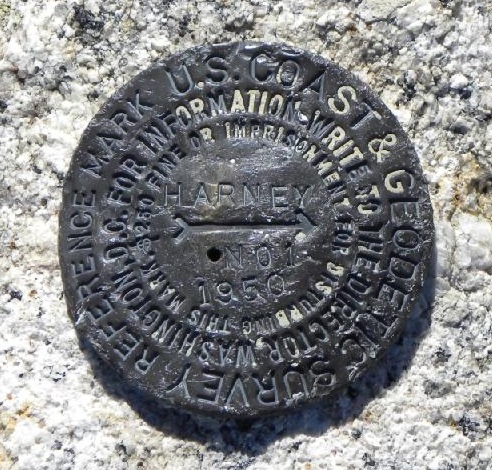 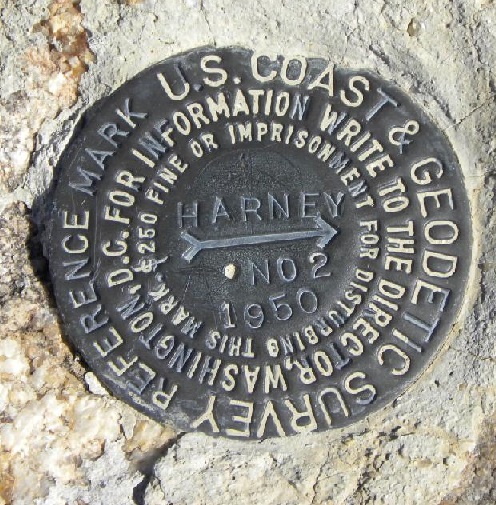 Reference Marks No. 1 and 2 were placed to aid in finding the triangulation station.