The 100th Meridian is the imaginary north-south line of 100 degrees west longitude as determined from the Prime Meridian at Greenwich, England, which represents 0 degrees longitude.

In the United States, the 100th Meridian passes through the states of North Dakota, South Dakota, Nebraska, Kansas, Oklahoma, and Texas. Although purely coincidental, nearly half of the United States lies east of the line and half lies west.

In Nebraska, the 100th Meridian passes through eight counties - Furnas, Gosper, Frontier, Dawson, Custer, Blaine, Brown and Keya Paha. These eight counties are confined between the latitudes of 40° and 43° north at the borders. The towns in Nebraska that are nearest to the 100th Meridian are Hendley, Holbrook, Eustis, Cozad, Arnold, Callaway, Dunning, Brewster, Ainsworth, Johnstown, and Norden. Cozad has sought to capitalize on its distinction with promotional signs and historical markers. The Ainsworth Municipal Airport, located between Johnstown and Ainsworth, was built during WWII as the Ainsworth Army Airfield. This airport has its north-south runway lying just east of the 100th Meridian at 99°59'48" or about 945' away. 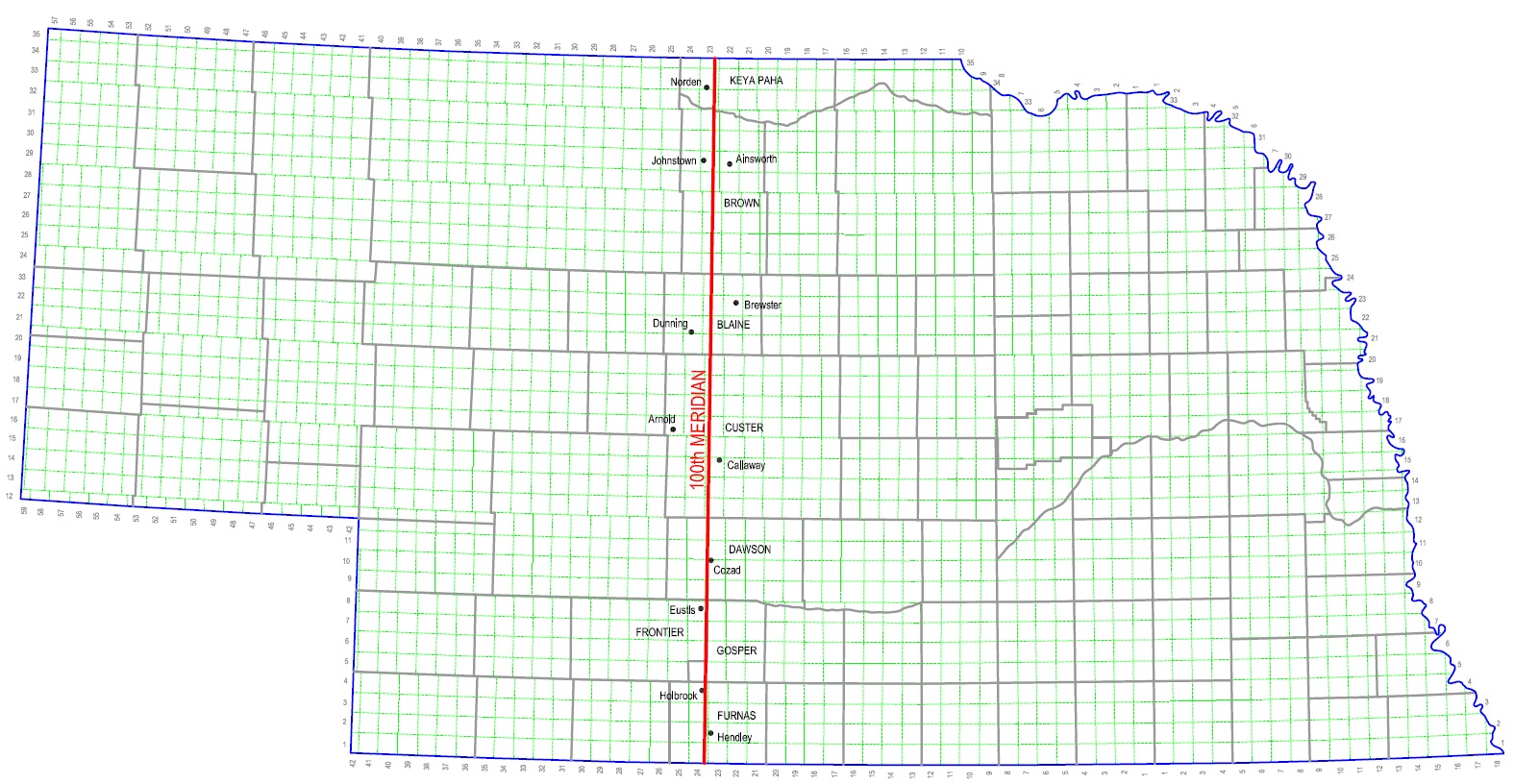 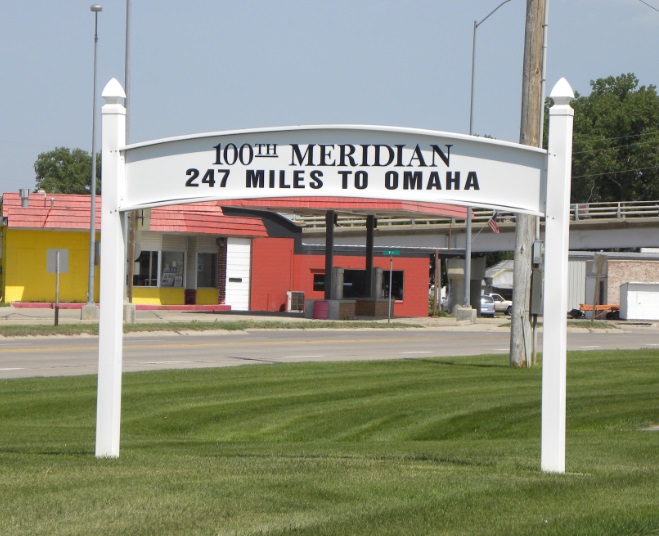 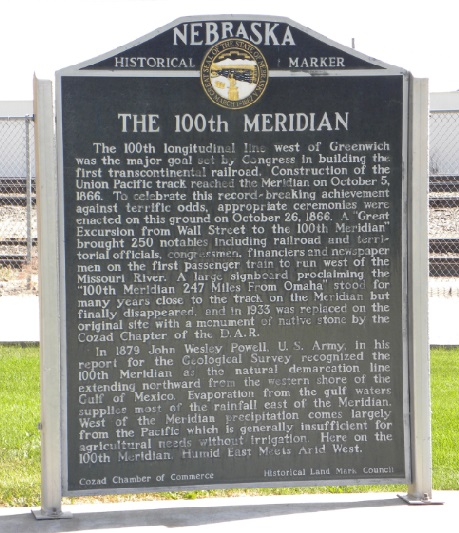 Roadside marker sign in Cozad describing the historical aspects of the 100th Meridian. 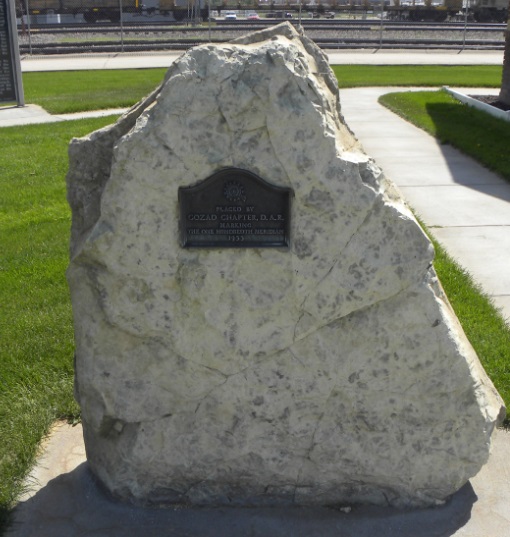 Historical rock placed by the Cozad Chapter of the D.A.R. in 1933. 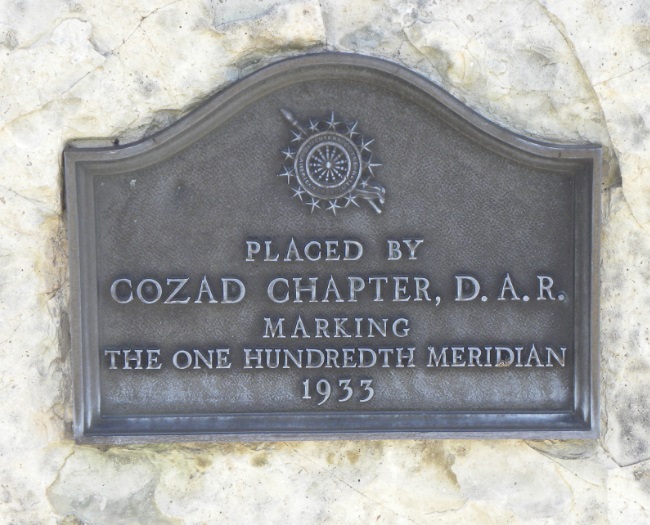 Closeup of the plaque on the above rock at Cozad. 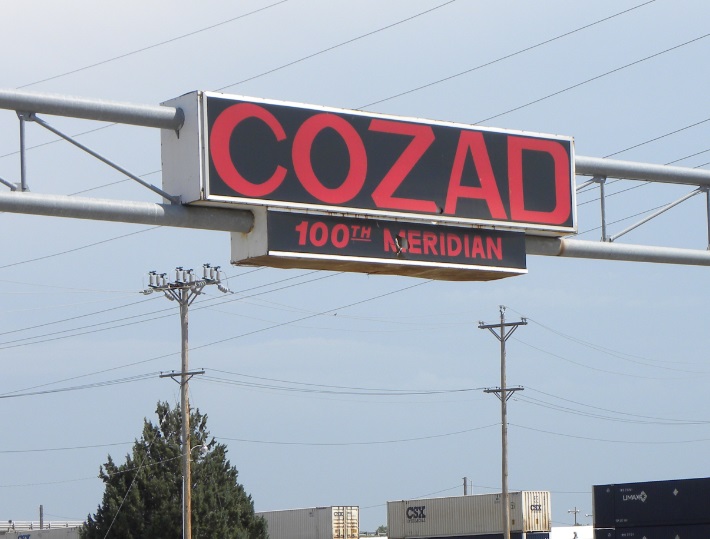 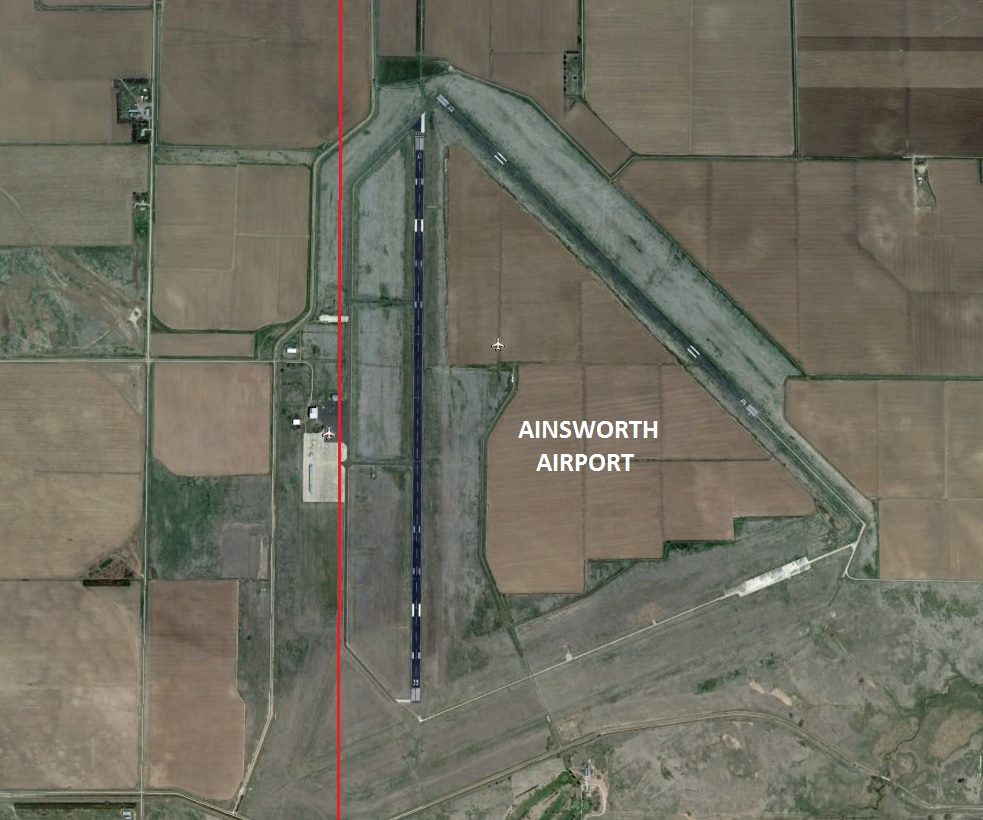 The airport at Ainsworth showing the location of the north-south runway in relation to the red line marking the 100th Meridian.