The Initial Point for the 6th Principal Meridian was first established on December 5, 1854, by John P. Johnson. During a check upon Johnson's work that established the first 108 miles of the Base Line between Nebraska and Kansas, it was discovered to be completely erroneous. U. S. Deputy Surveyors Charles A Manners and Joseph Ledlie discovered the error and resurveyed the Base Line. The location established by Manners and Ledlie occurred on June 11, 1856. Manners went on to survey in Nebraska while Ledlie surveyed in Kansas. 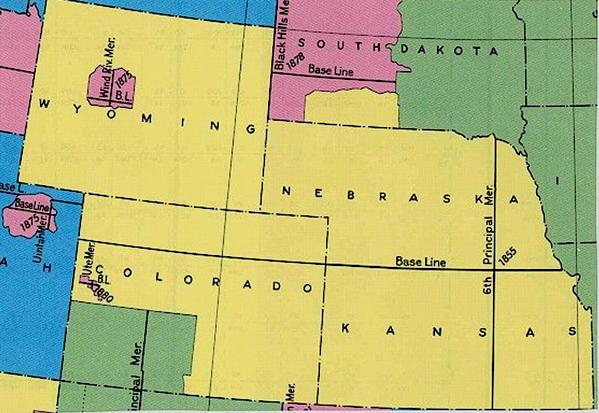 The land shown in yellow is tied to the initial point of the 6th Principal Meridian. 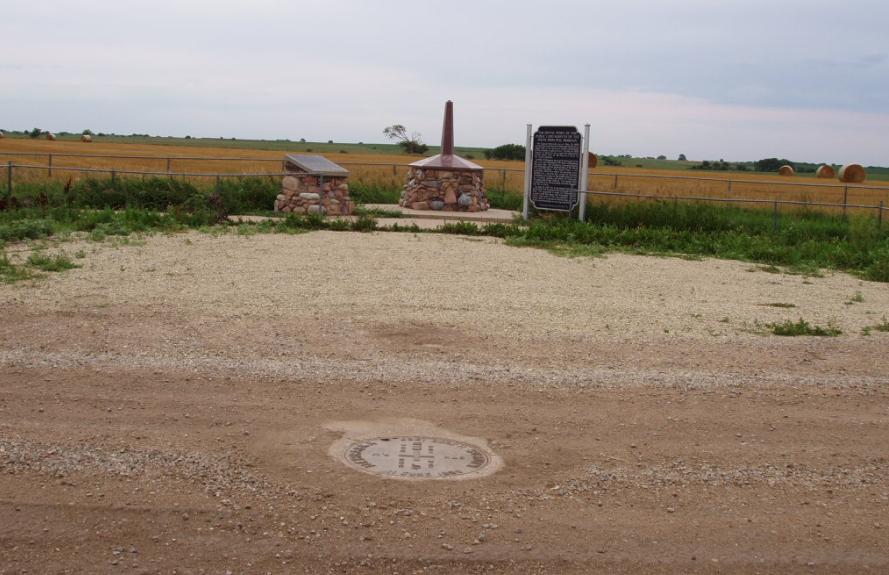 The monument at the Initial Point site. The manhole in the road marks the location. 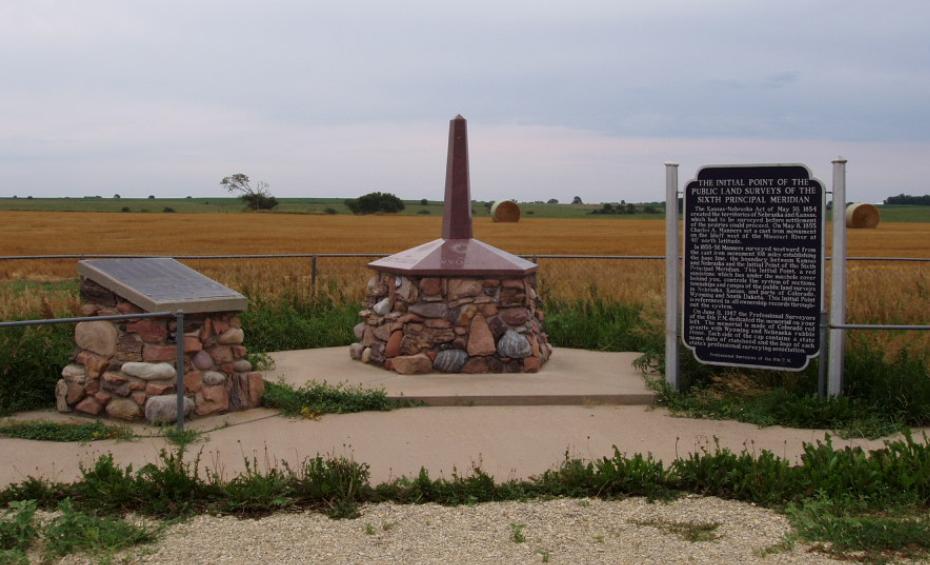 The memorial park located directly east of the Initial Point is partly in both Nebraska and Kansas. 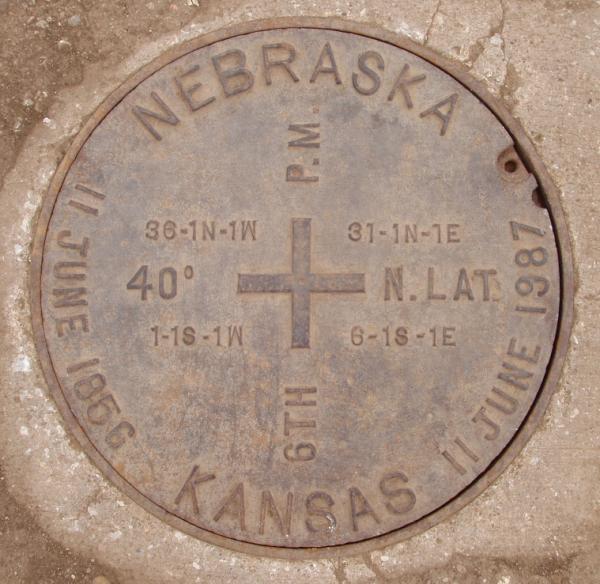 The lid covering the point below. 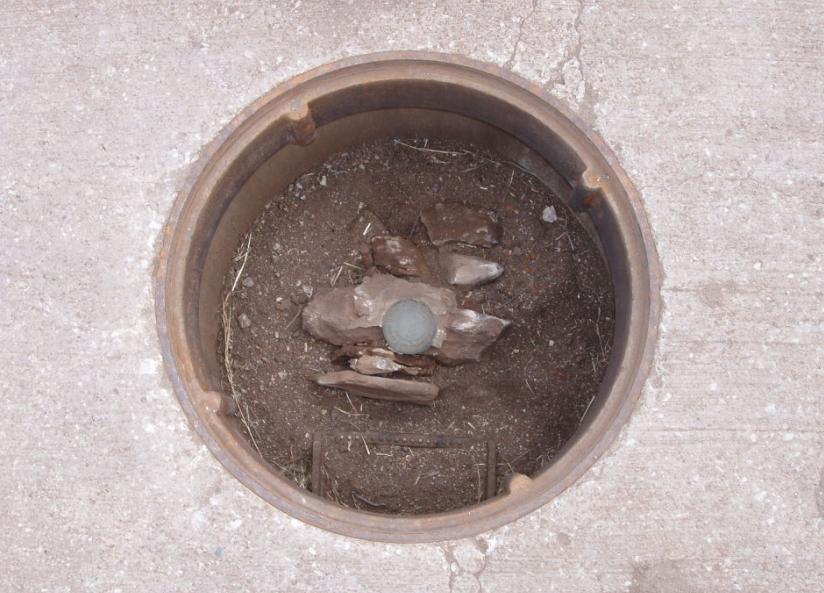 The monument in the road with the lid removed. 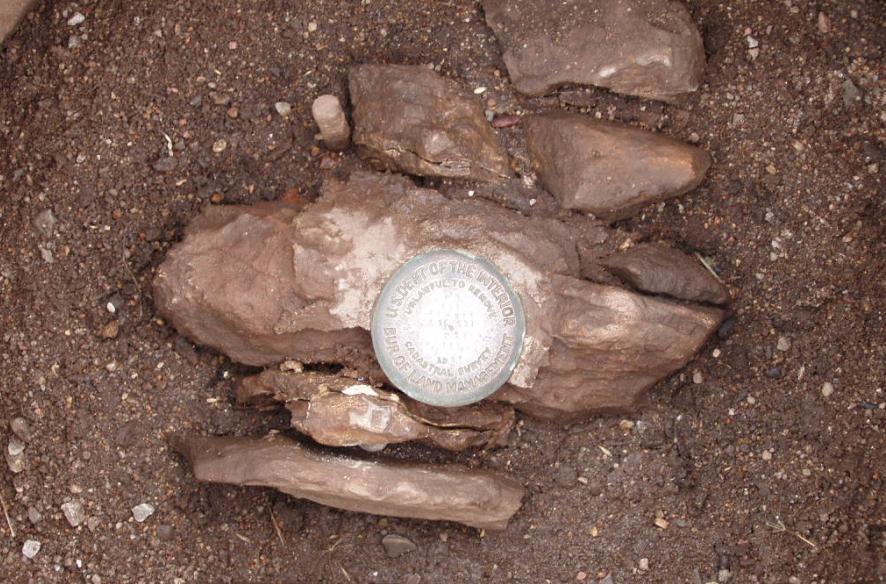 The brass disk set in the original stone placed by Manners and Ledlie in 1856.

Closeup view of the brass disk in the stone. 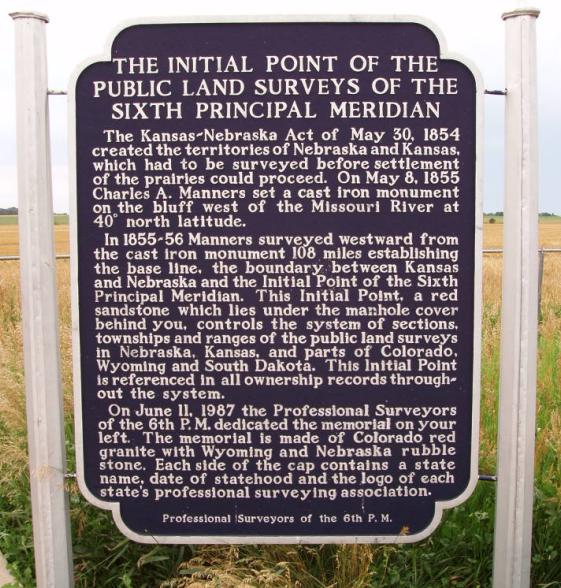 The historical marker sign provides a history of the monument. 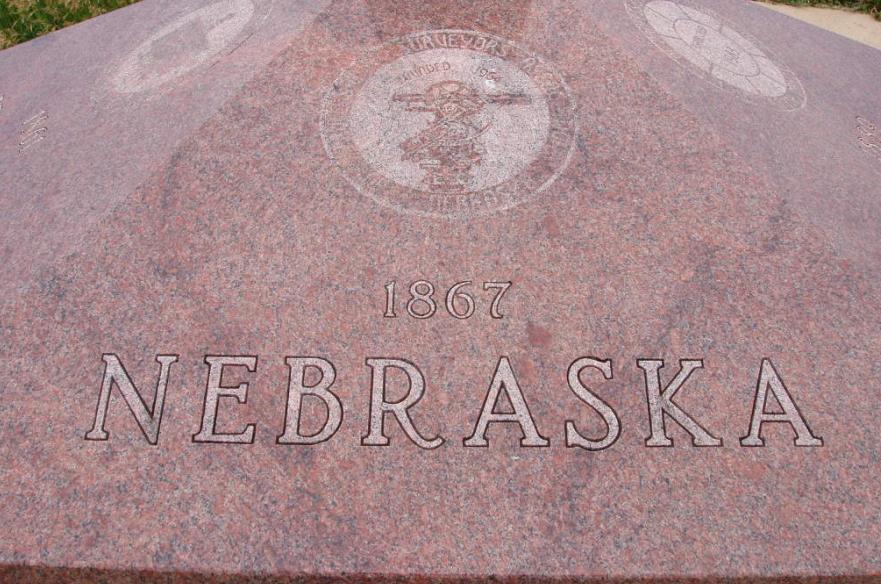 The state of Nebraska is represented on the memorial. 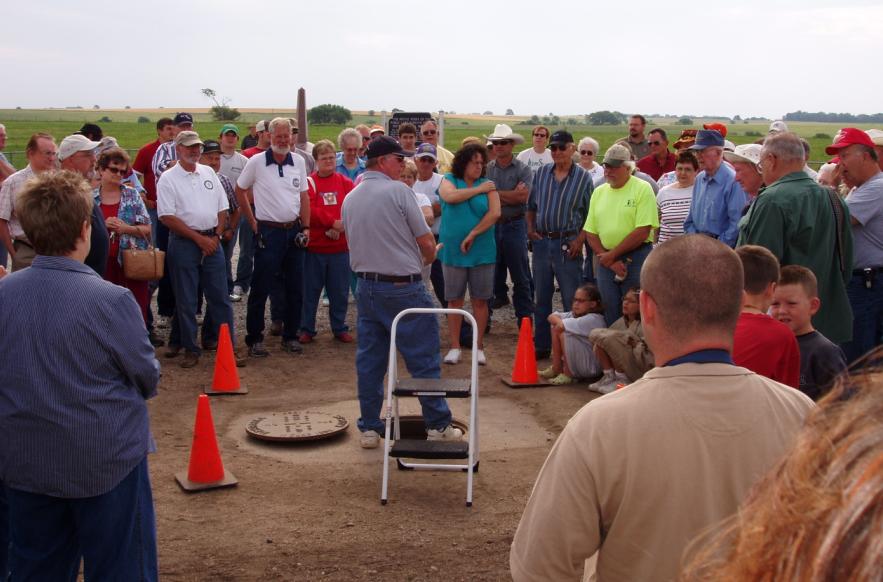 Steve Brosemer, a land surveyor in Kansas, gives a speech at the 150th Anniversary celebration in June 2006.