Establishing a monument at the terminus of the 6th Principal Meridian in Nebraska was the idea of Deputy State Surveyor Gene Thomsen. The point had originally been established on July 22, 1857, when U. S. Deputy Surveyor Charles A. Manners set a temporary wooden post at the waters edge where the 6th Principal Meridian intersected the Missouri River. In the 150 years since Manners set his point the bed of the river has shifted south. It is also quite evident that the bed of the river has also eroded downward since there is now a 15' vertical bank, whereas it would have been very slight in 1857. The creation of Gavins Point Dam a few miles upstream near Yankton has likely contributed to the erosion of the river bed.

After seeking permission from the landowner, four Nebraska surveyors (Gene Thomsen, Jerry Penry, LaVern Schroeder and Jim Richardson) placed the terminus marker that was designed and built by Thomsen. The date of the placement was April 20, 2007, to approximate the 150th Anniversary of the survey as performed by Charles A. Manners. 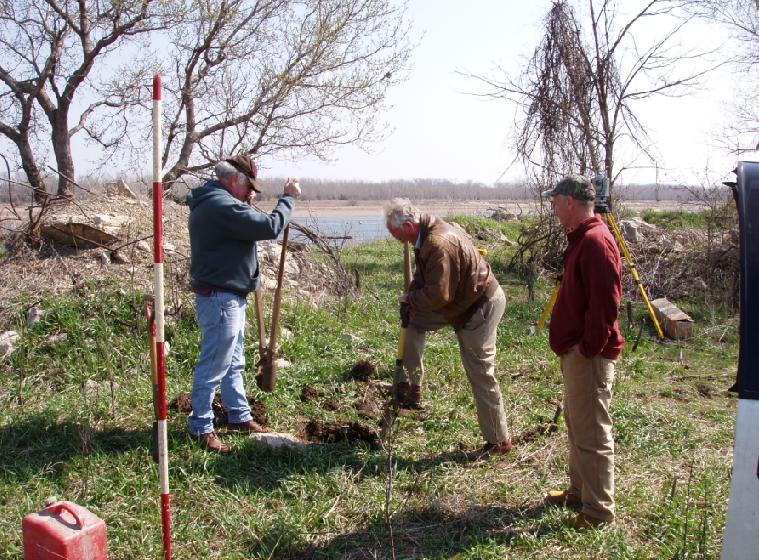 Digging the hole for the monument. 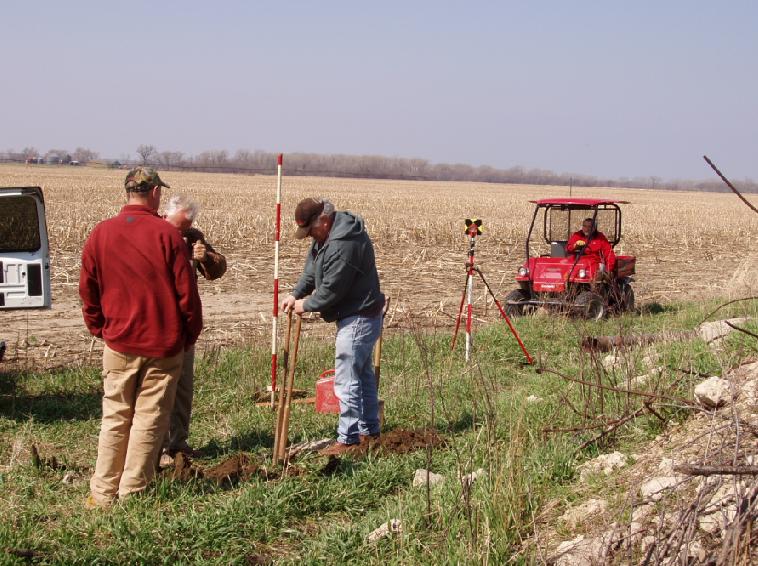 The landowner shows up to inspect the work. 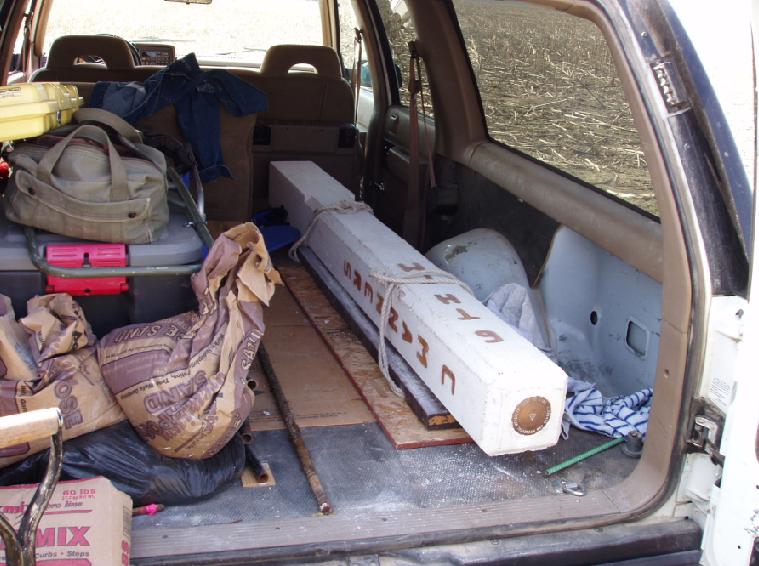 The monument before placement. 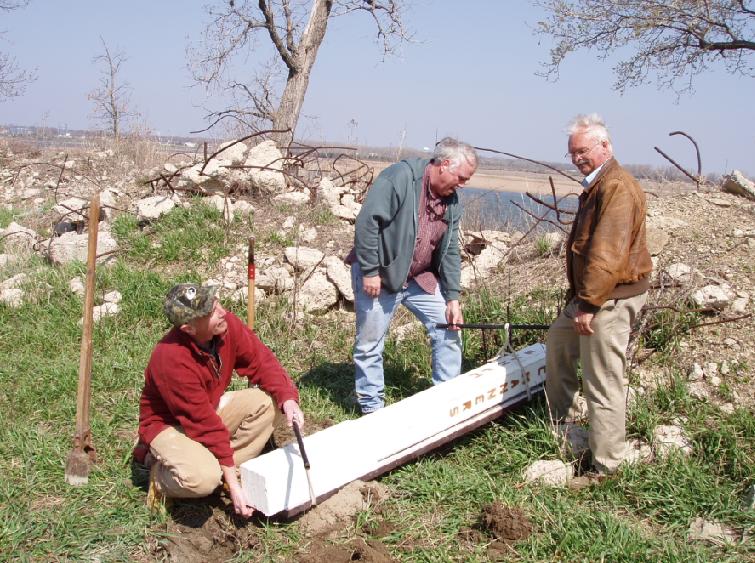 Lowering the monument into the hole. 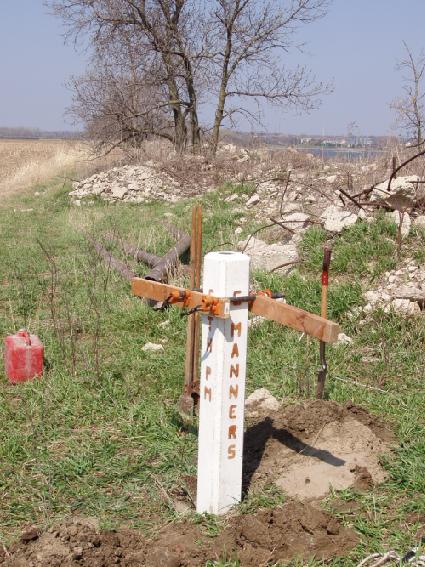 The brace assisted in twisting the monument to the proper position and alignment. 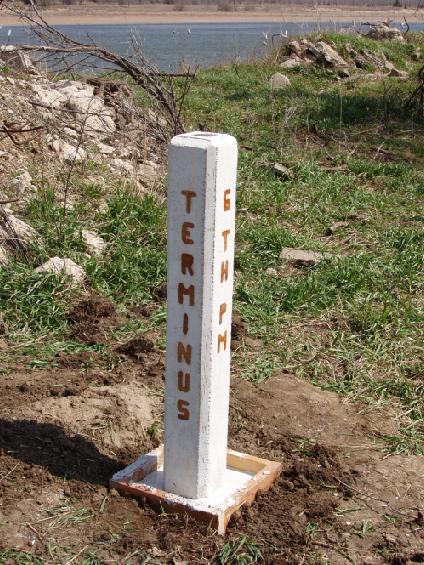 The west and south faces of the monument.
The east face reads "C. Manners" and the north face is blank. 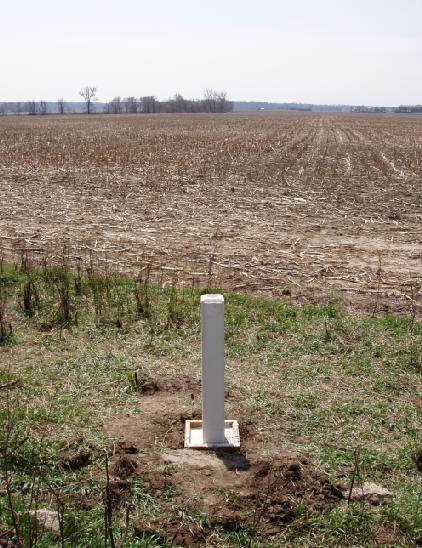 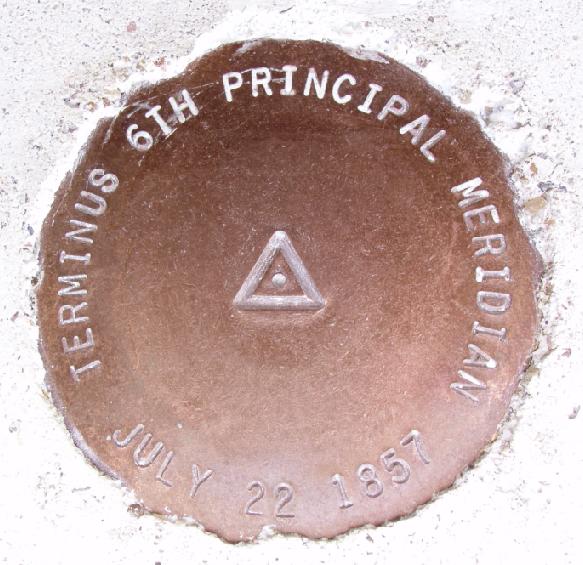 The custom-made brass disk in the top of the monument. 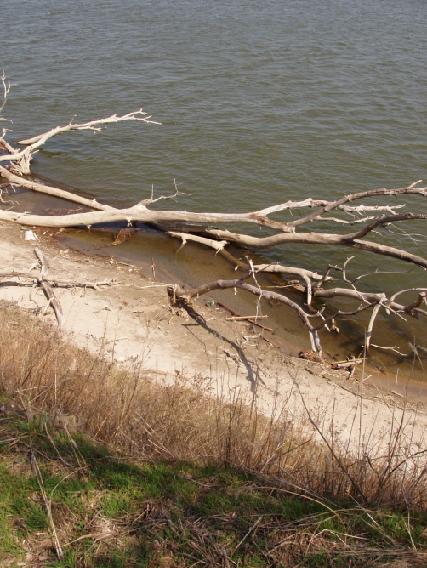 The south shore of the Missouri River just north of the monument. 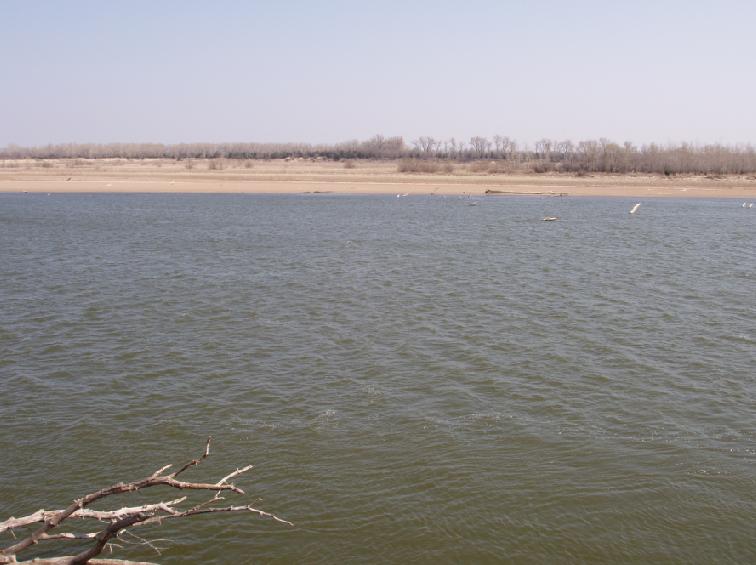 Looking north across the Missouri River which was dry land in 1857. 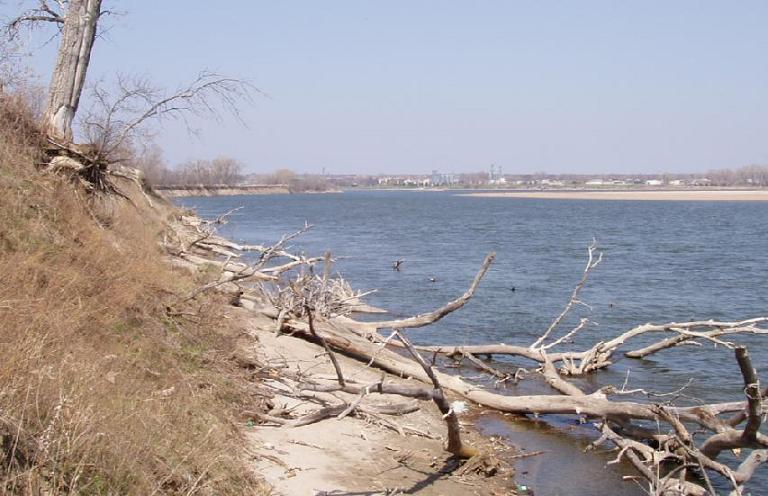 Yankton, South Dakota, as seen by looking upstream from the monument.