With only the century-old description for the Central City, Nebraska, magnetic station's location, I endeavored to see if it still existed. One nice thing about cemeteries is that the headstones typically don't move, so hopefully at least one was listed in the description. Luckily there was one headstone mentioned in the Central City description as the "Conner" monument. The fence was no longer in the same location, the office no longer existed, and the distance to the road did not make any sense.

Magnetic stations were placed in nearly all of Nebraska's individual counties. It was a dual purpose monument where the U. S. Coast & Geodetic Survey determined the magnetic declination across the country and also the monuments were used by local surveyors to adjust their compass instruments. Included in the descriptions were bearings to various objects such as smokestacks, church steeples, or prominent chimneys. Most of these no longer exist today. Most magnetic stations are not part of the NGS database and only the original description is available.

Once the "Conner" headstone was finally located, I began probing and soon found the monument at the specified location from the headstone. It is unclear when this monument was last uncovered, but it would be safe to say it has been a very long time ago. 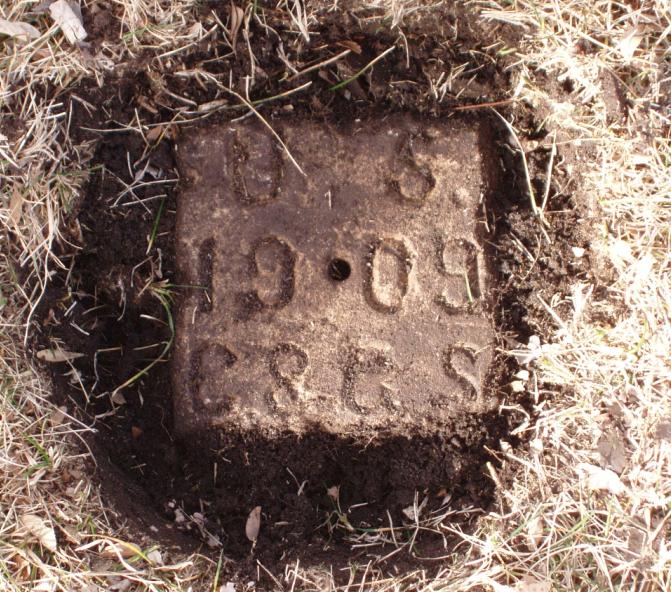 The Central City magnetic station after removing the sod. 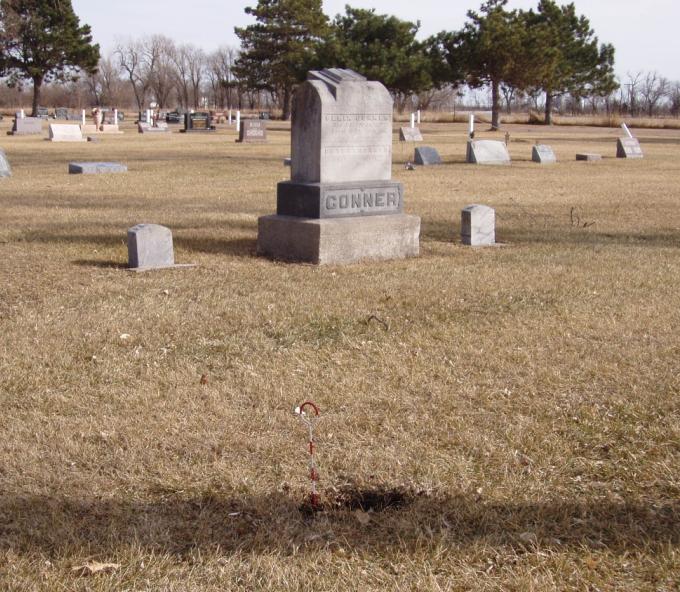 The Conner headstone was the key to finding this monument. 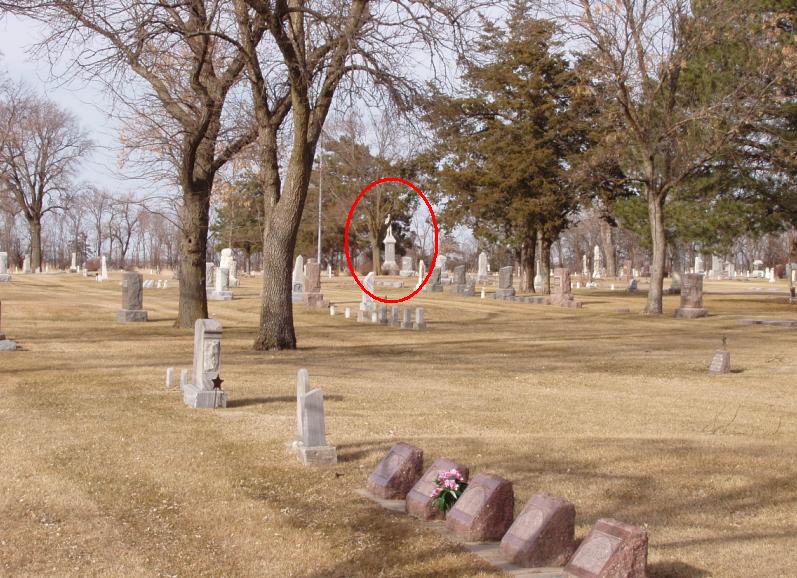 The G.A.R. monument still stands in the cemetery and was one of the bearings listed in the 1909 description. 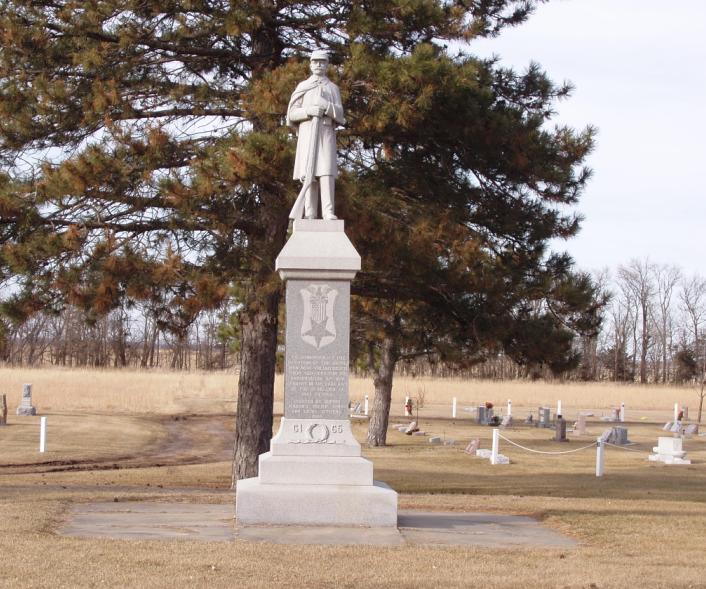 The monument was searched, but no "mark" could be found anywhere on the northwest corner. 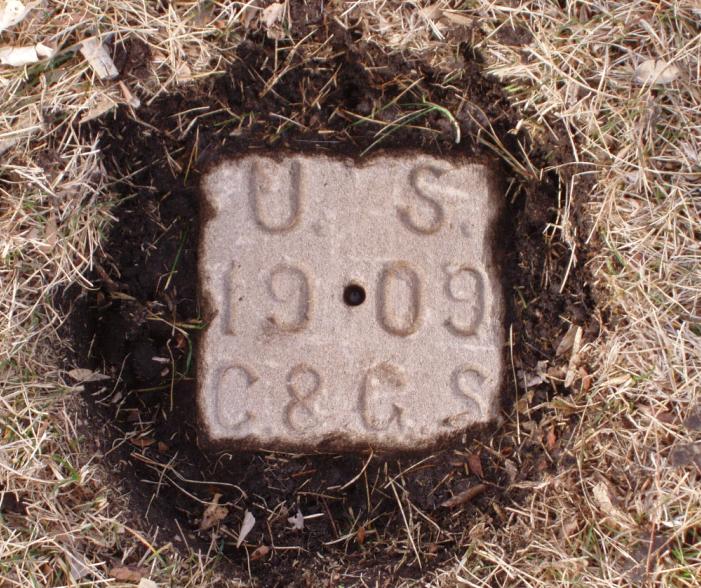