This is a great idea for making unique holiday or other special occasion candy related to surveying. The process involves taking a survey marker, making a rubber mold, and then filling the mold with chocolate to be an exact representation of the survey marker. 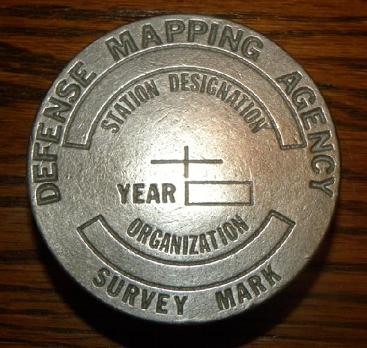 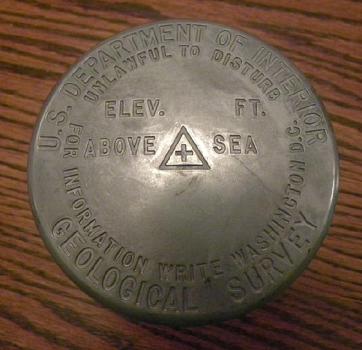 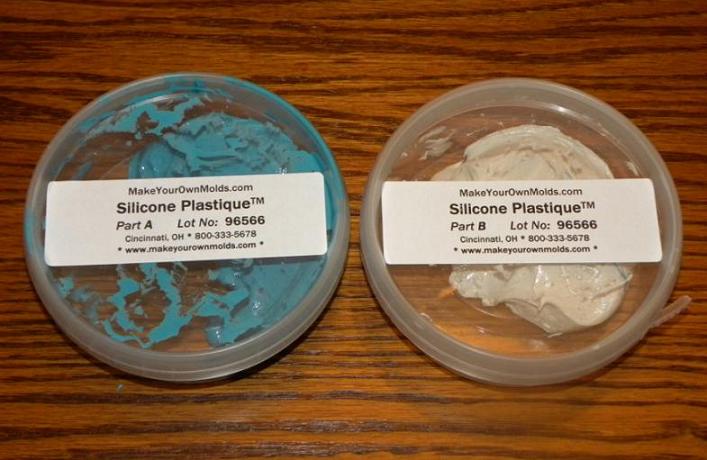 The molds are made from a material known as Silicone Plastique. The resin comes in two parts with is the blue base and the white hardener. When combined together they make the rubber mold. 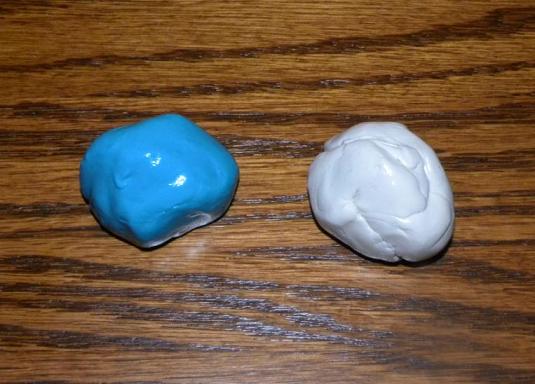 Take equal amounts from both the base and the hardener. 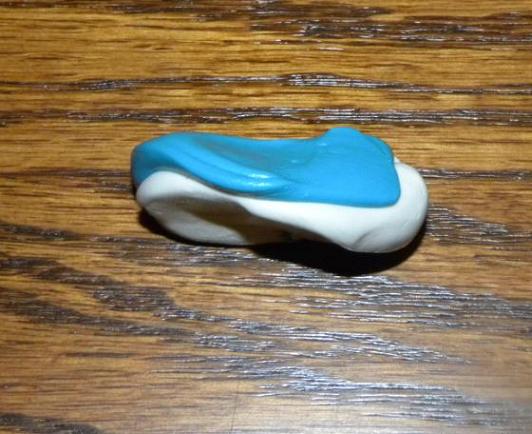 Mix both the base and the hardener together with your hands while kneeding the material until it is thoroughly mixed together. 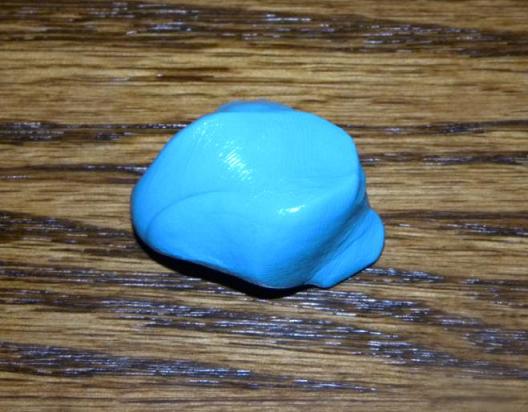 The mixed compound is a light blue color. It has the consistency of playdough, but begins to harden almost immediately. 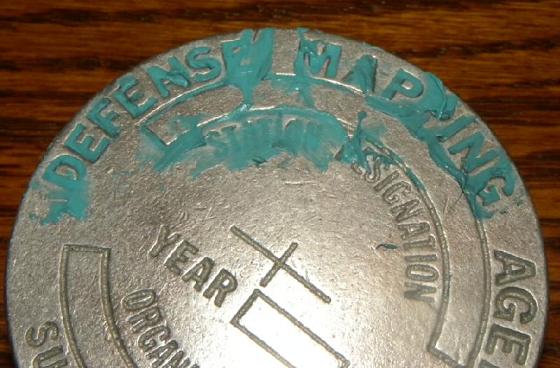 Take a small amount and begin by making sure the lettering on the marker gets completely filled in to avoid air caps or missing letters. The finished mold will be only as good as you make it. 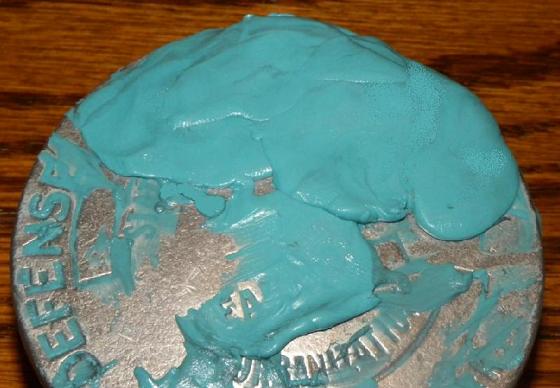 Then take more of the compound and begin spreading it across the entire cap. 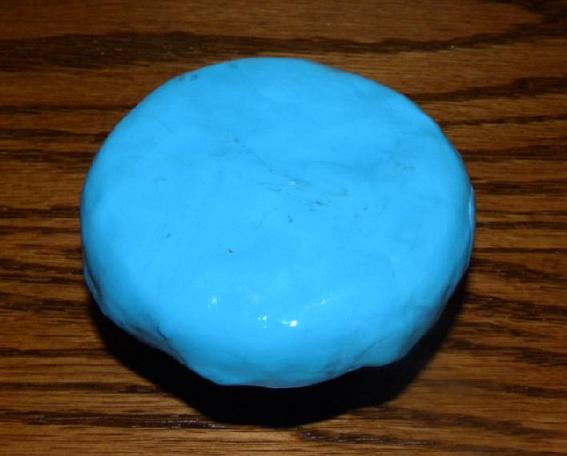 Cover the entire top of the marker. Try to somewhat flatten the top so the mold will sit flat when the chocolate is poured into it. 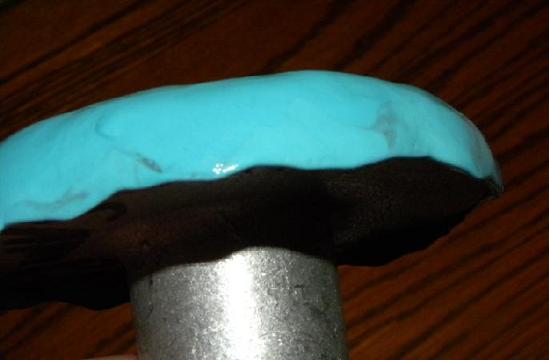 Be sure to have the compound come over the sides of the marker. 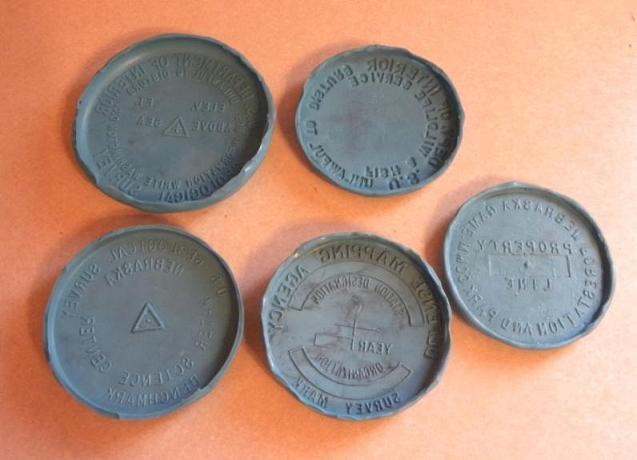 These are five examples of molds that are ready. The rubber hardens in about an hour. 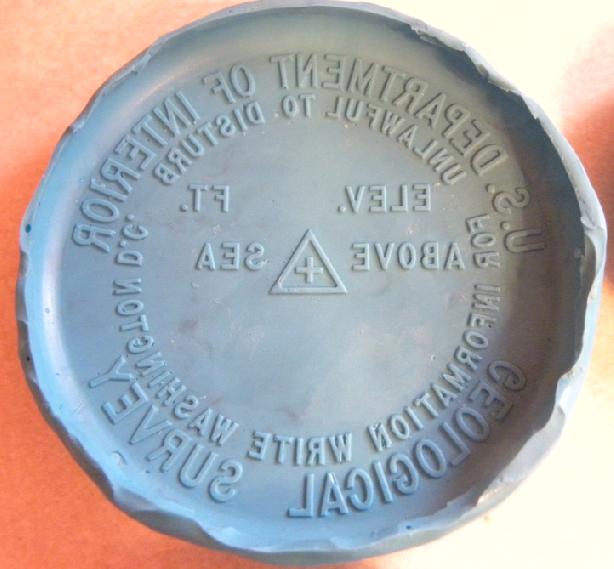 Once the mold is removed from the marker, inspect for air holes or other defects. Air holes can be filled in by mixing a tiny amount of compound and filling the holes. 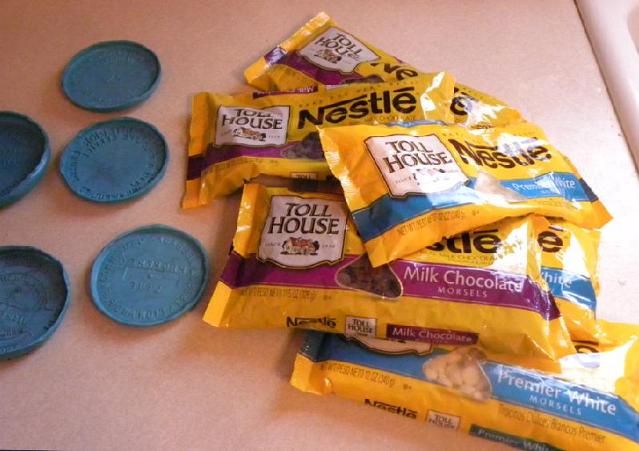 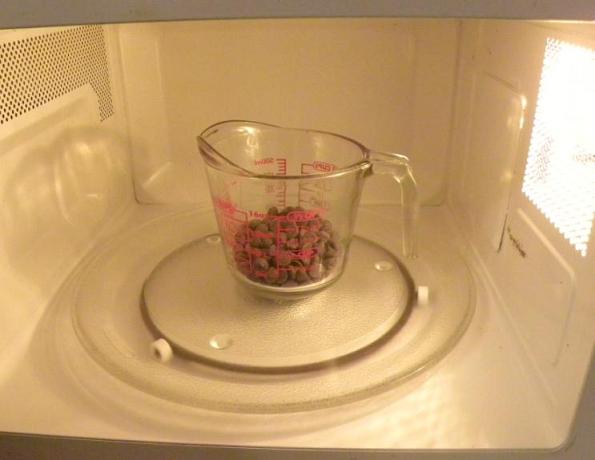 Place approximately one cup of chips into a microwave safe container and heat on high for one minute. Remove and stir. Place back in microwave for another 15 seconds. Remove and stir again until the chocolate is a liquid. Do not overcook, so reheat only in small amounts. 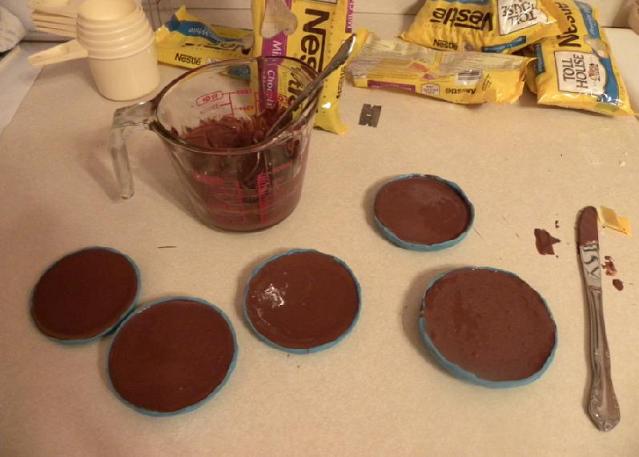 Begin by placing a small amount of chocolate in the mold and spread it around with a table knife to make sure all of the lettering is covered. Then spoon in the chocolate and spread around evenly. Do not go over the edge of the mold. Pick up the mold a few inches and flat drop several times to get the air bubbles out. 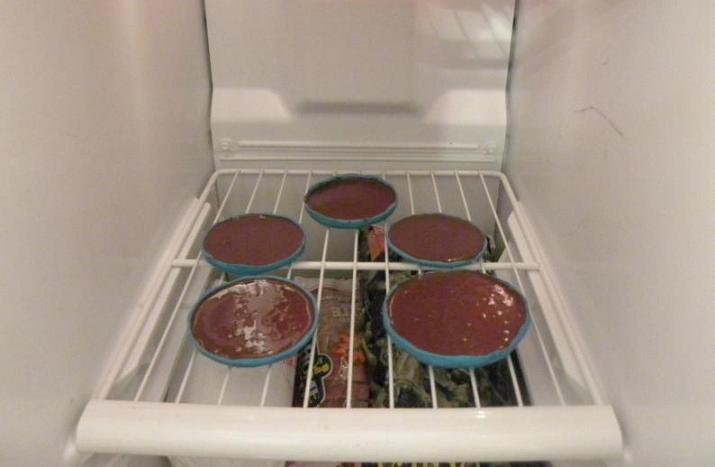 Place in the freezer to harden.

Below are several examples of larger chocolate markers that I have made. 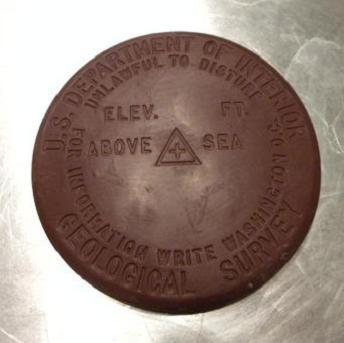 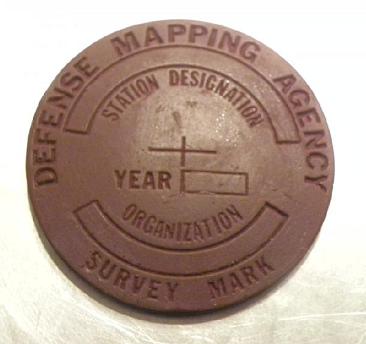 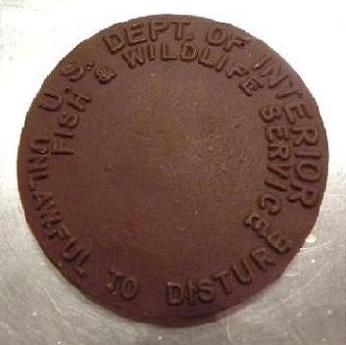 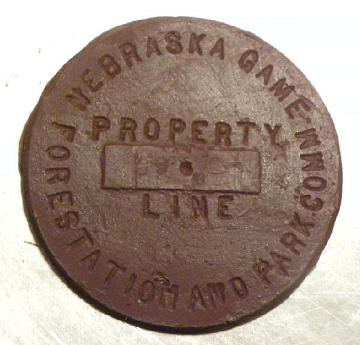 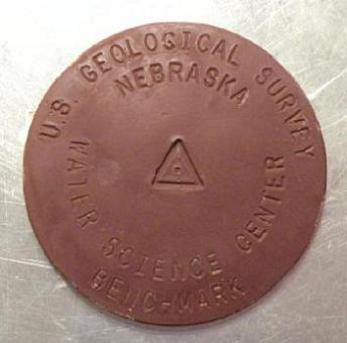 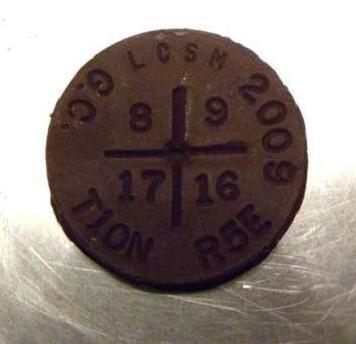 Below is my personal 1" diameter survey marker cap. 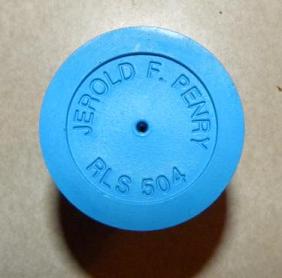 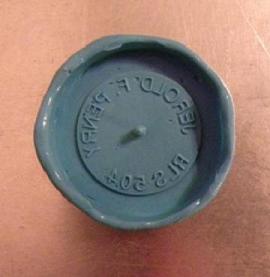 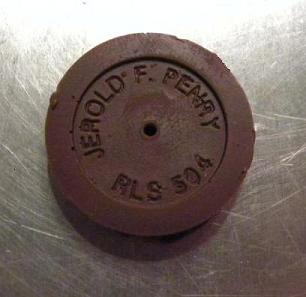