One of the more unusual set of GLO notes in Nebraska comes from U. S. Deputy Surveyor C. W. Dahm while working in the Nebraska Sandhills region in southwestern Cherry County. Many of the contract surveyors had other occupations back in the eastern states and came to survey in Nebraska during the summer months. Apparently C. W. Dahm was in the printing business or knew someone who was since his field books were preprinted at the top of the page with the course to be run. Then he used rubber stamps to fill in most of the verbiage that would be repeated over and over again. Another deputy surveyor, D. F. Hickey, surveying in 1882, also used rubber stamps. 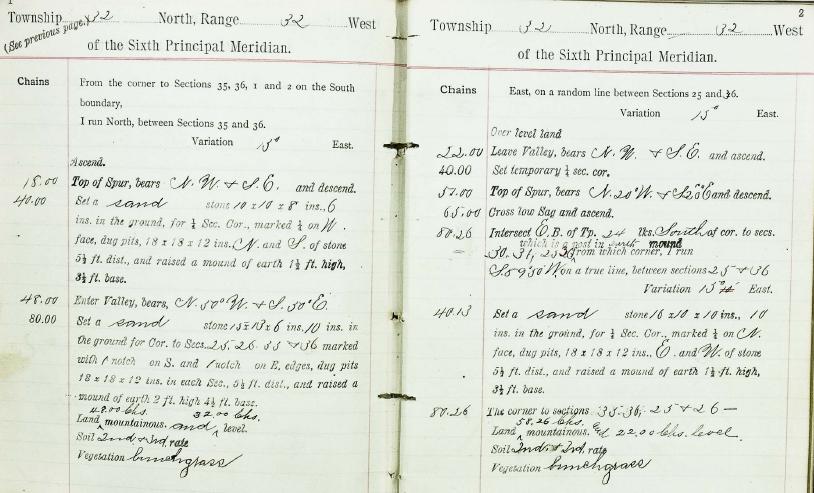 The top of each page was preprinted with the correct course that would be run when subdividing a township.

The size of the pits, mounds, and the distances were constant requirements of the GLO. 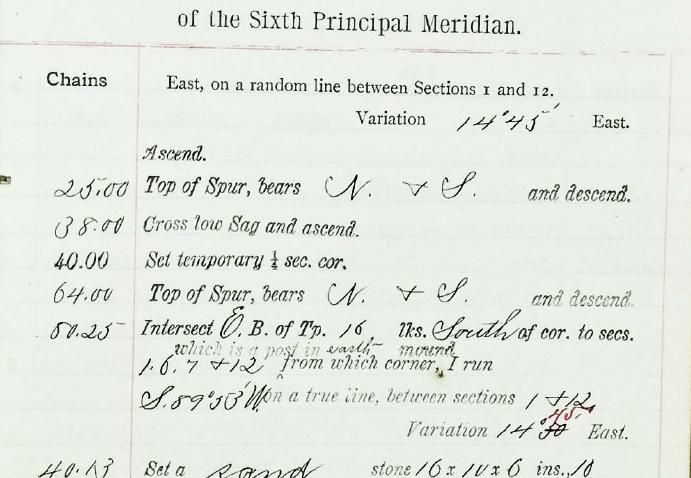 C. W. Dahm had a rubber stamp made for just about every note he would need. 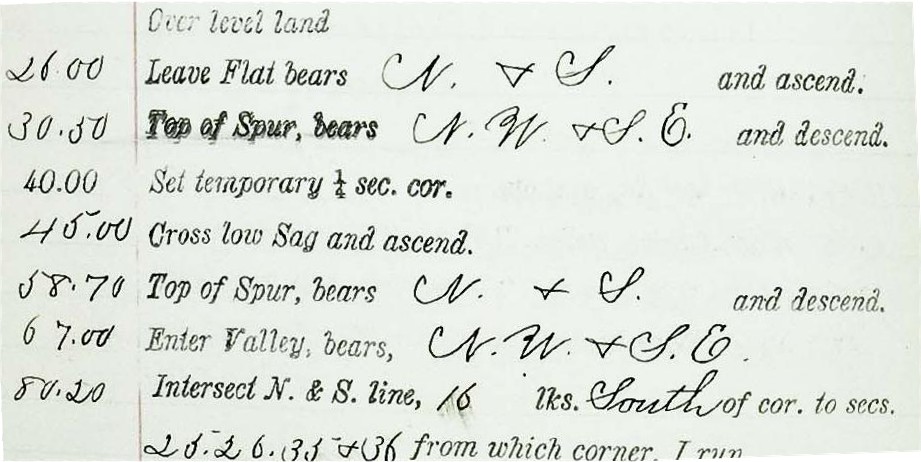 The lightness and darkness of the stamping and an occasional smear show the work of the rubber stamps.

The note to show that Dahm had frequently examined his equipment. 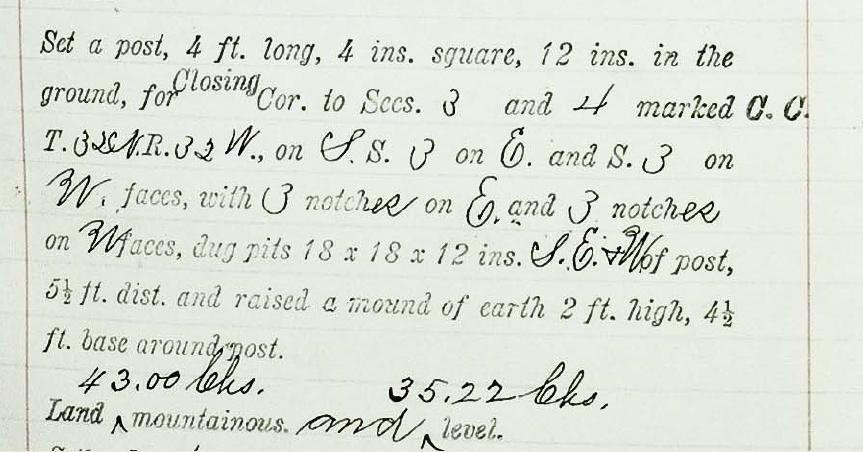 Notice the word "Closing" and letters "C.C." were separate stamps that were stamped into the main paragraph.

A rubber stamp to show the instrument that was being used for the survey. 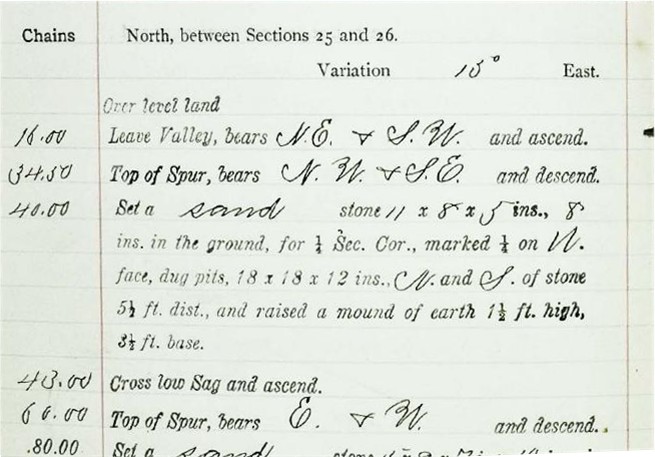 Notes for a line going north between Sections 25 and 26. 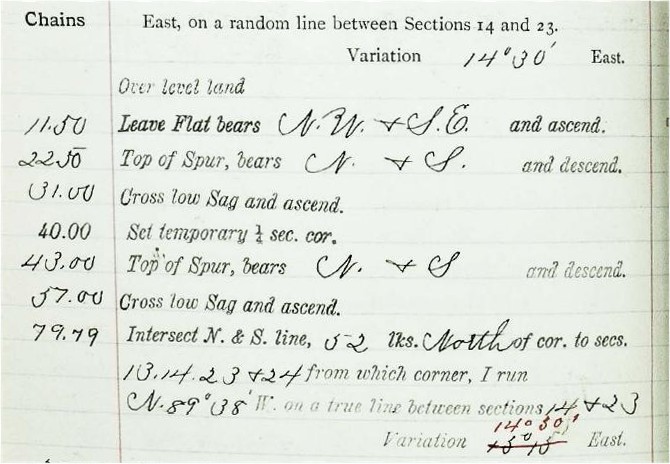 Notes for a random line going east between Sections 14 and 23. 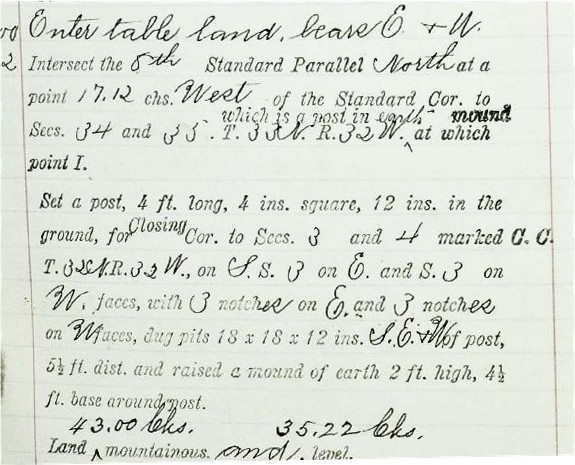 One item that Dahm did not have a stamp for was "Enter table land".

Notes running back west on true line to establish a 1/4 corner between Sections 5 and 8. 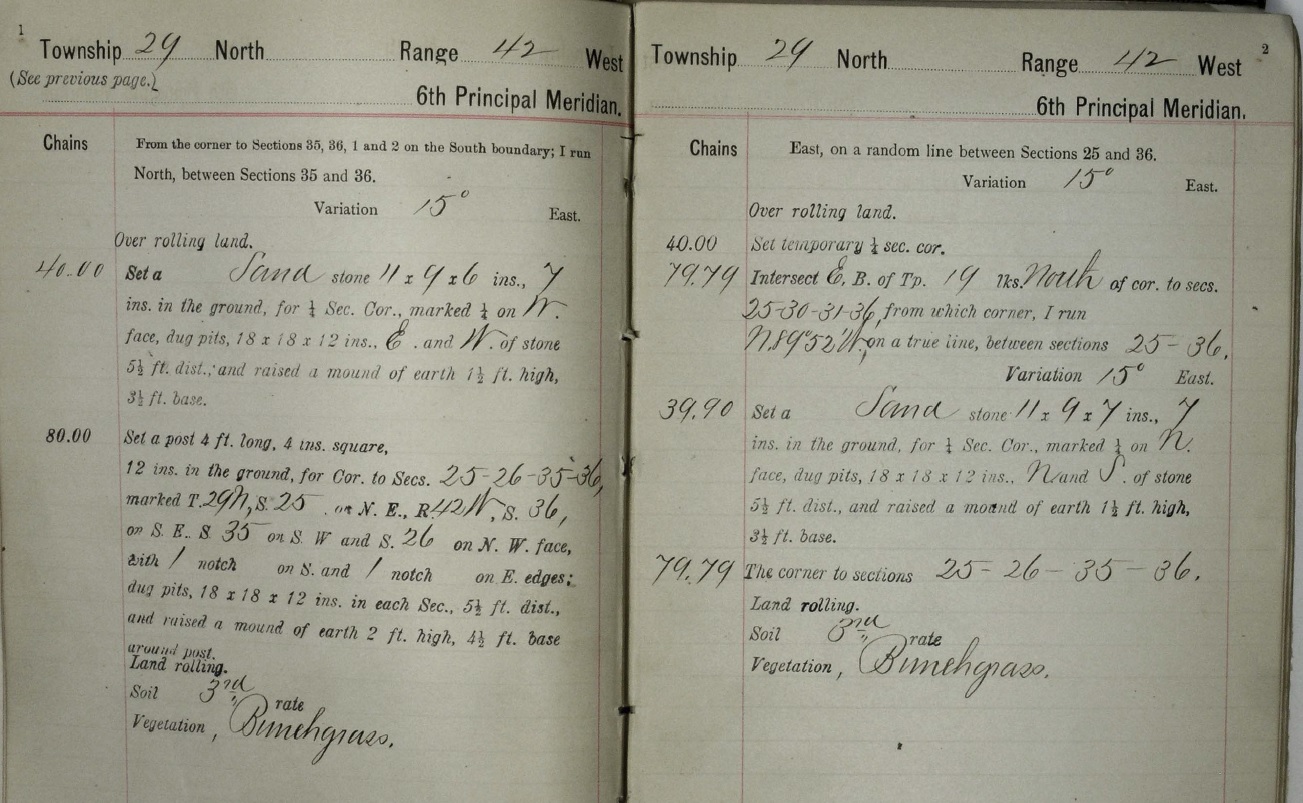