Monument was found out in the open hills approx. 1/2 mile east of the forested area. The pipe was exposed about 12" and leaning. The monument was plumbed up in all directions and then reference nails were set before excavation. A mass of irregular concrete about the size of a grapefruit was found at the bottom of the pipe with part of the concrete forming around the pipe. The pipe measured 36" in length and was 1" outside diameter. The monument was lowered and the concrete placed at the bottom as found. Extra sand was packed around the top. The pits were not searched for since this monument is on the slope of a hill and any further digging would create erosion later. 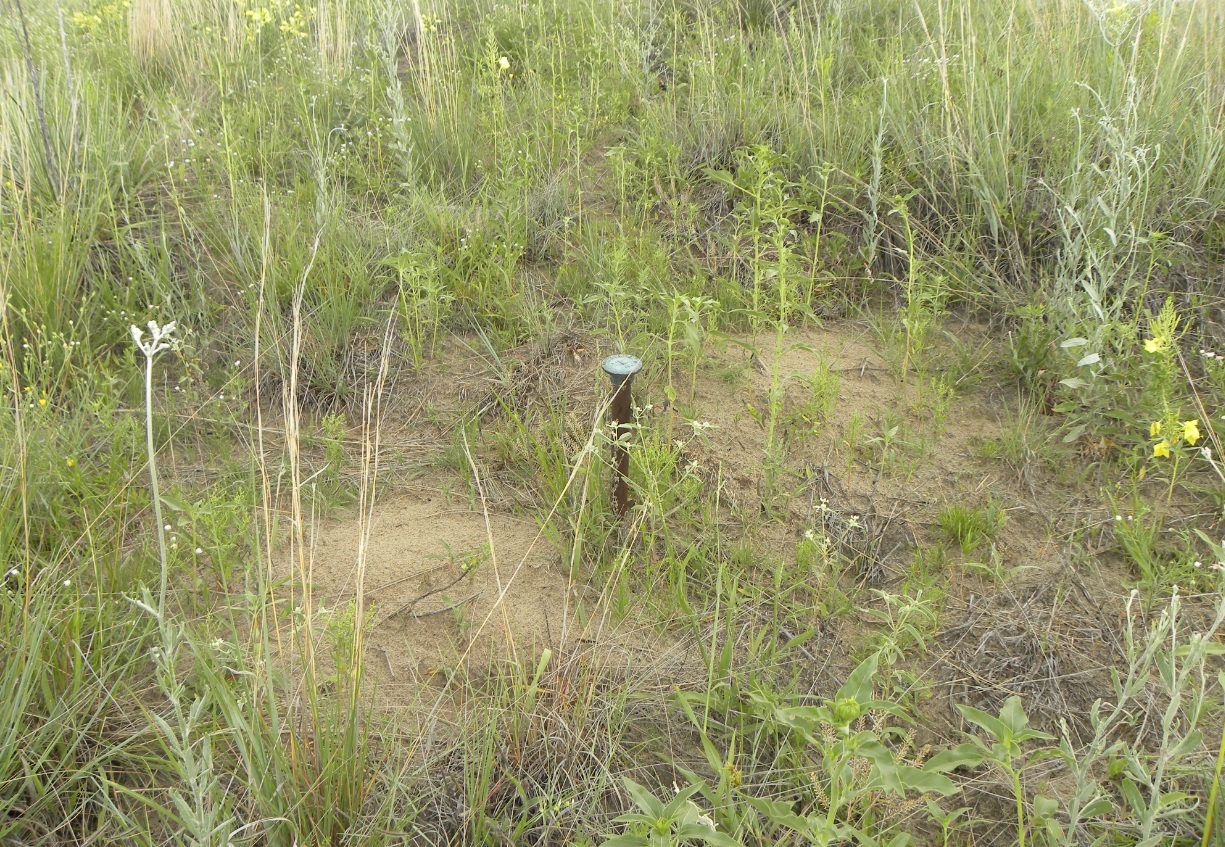 Monument as found with nothing else nearby. 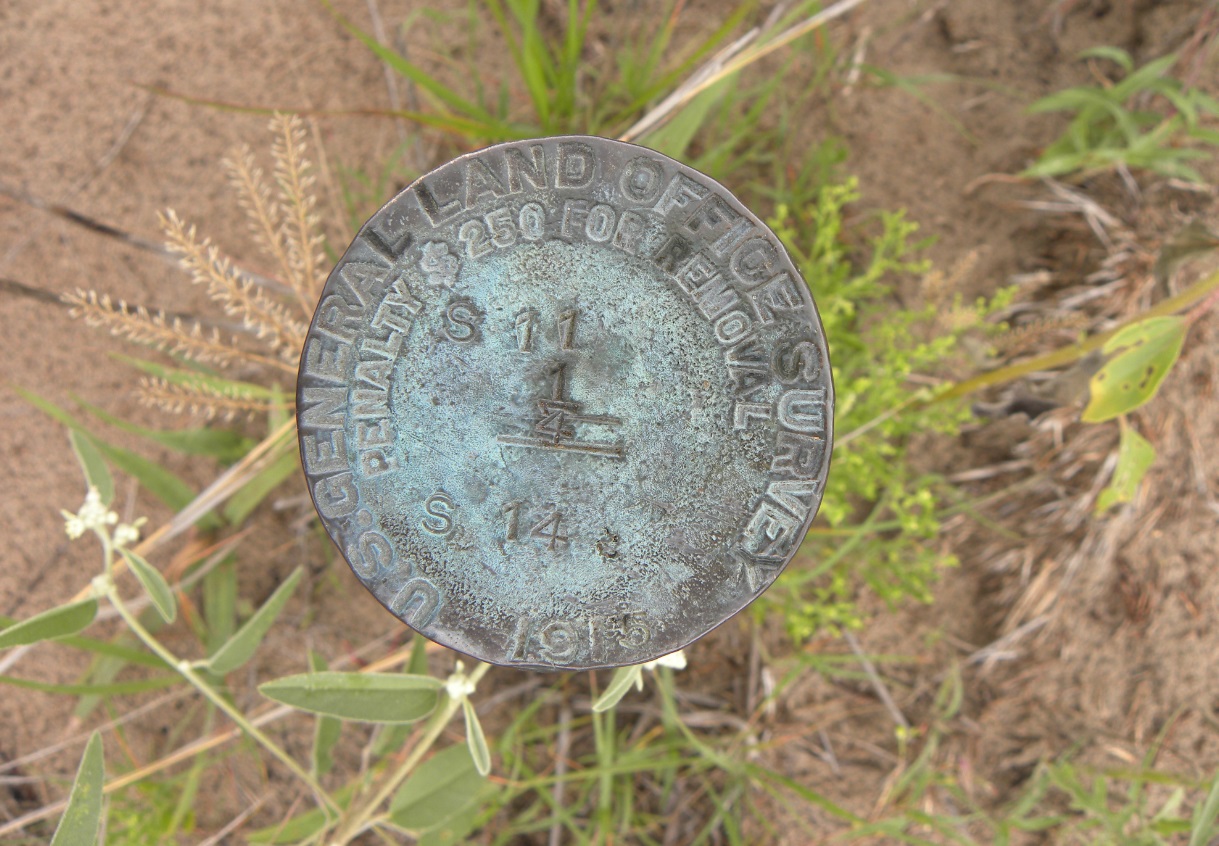 Cap of the monument. 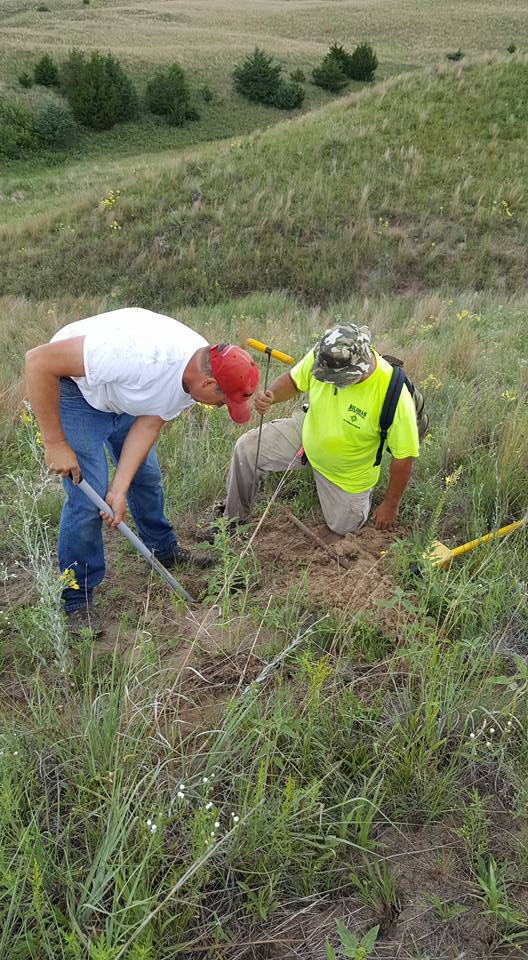 Jerry and Craig begin the excavation. 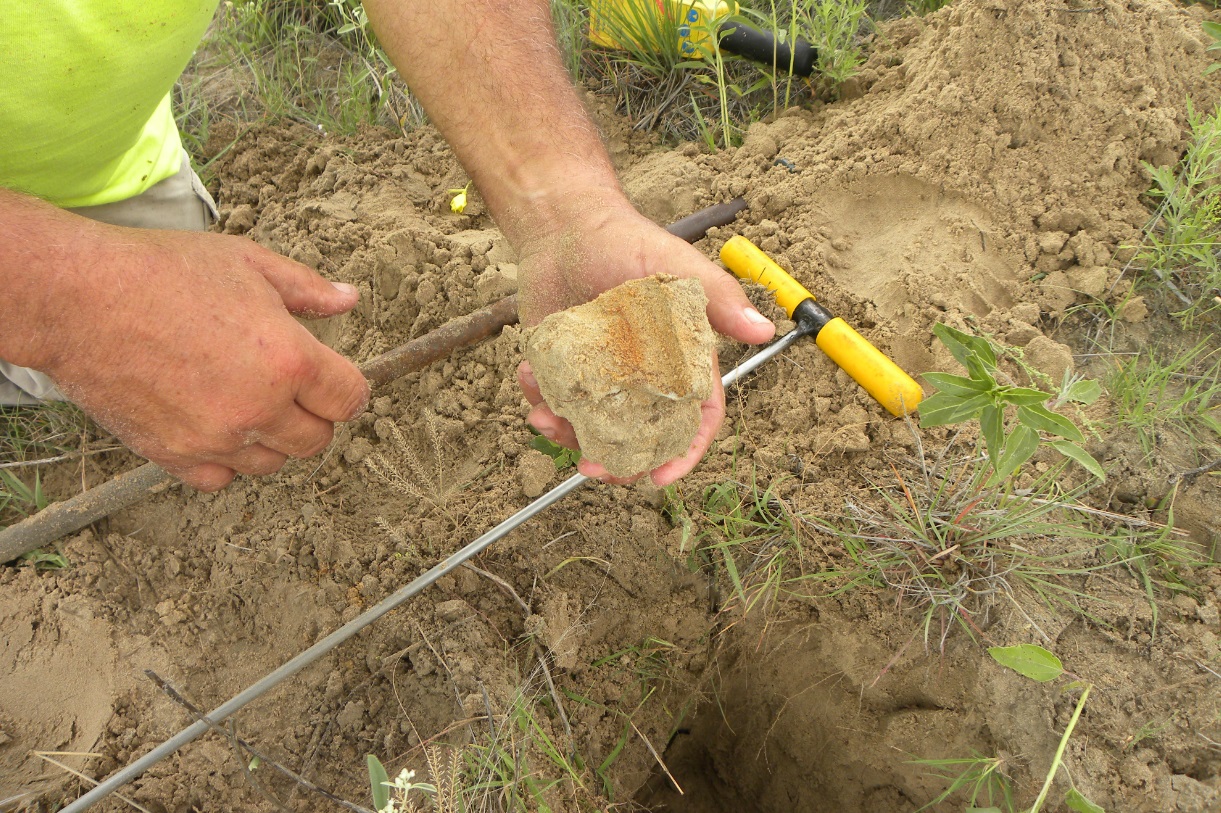 Craig holding the mass of concrete that was the memorial. 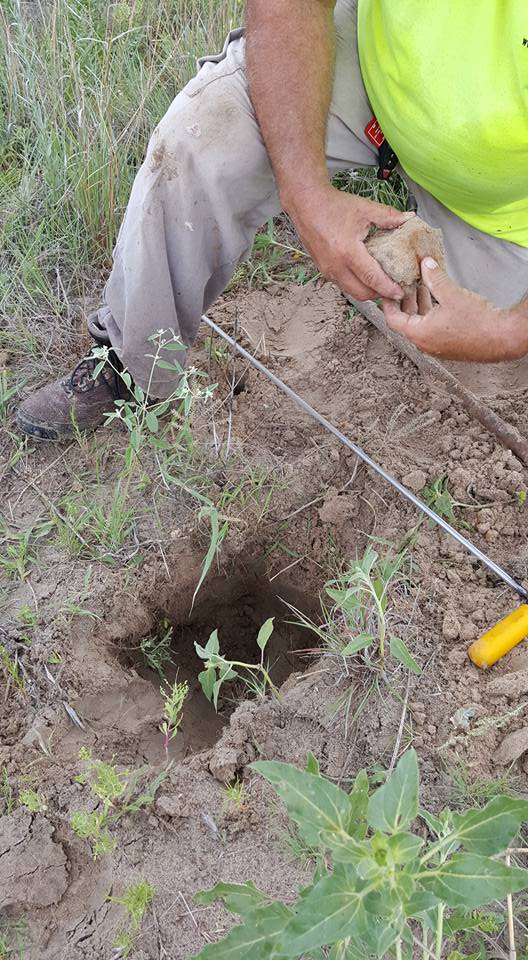 Craig holds his thumb on the location where the concrete was against the pipe. 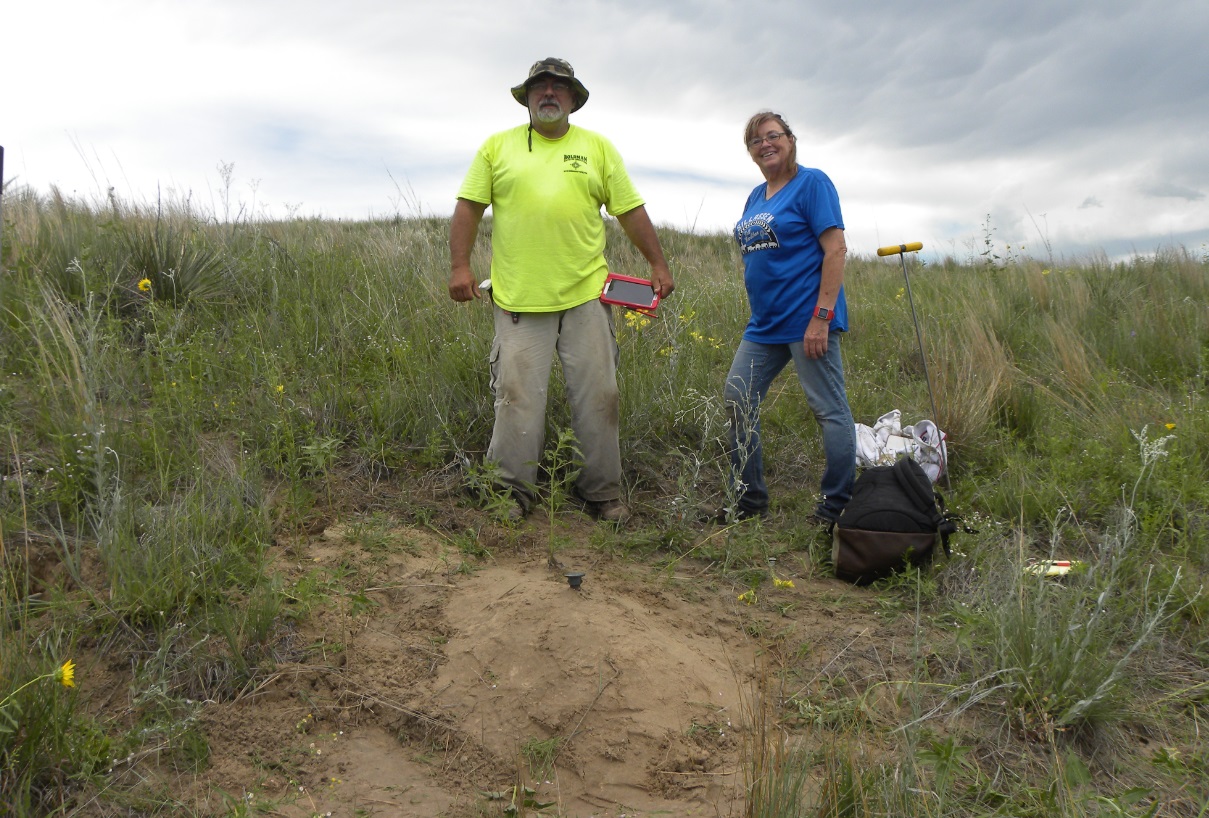 Craig and Boni posing with the monument. 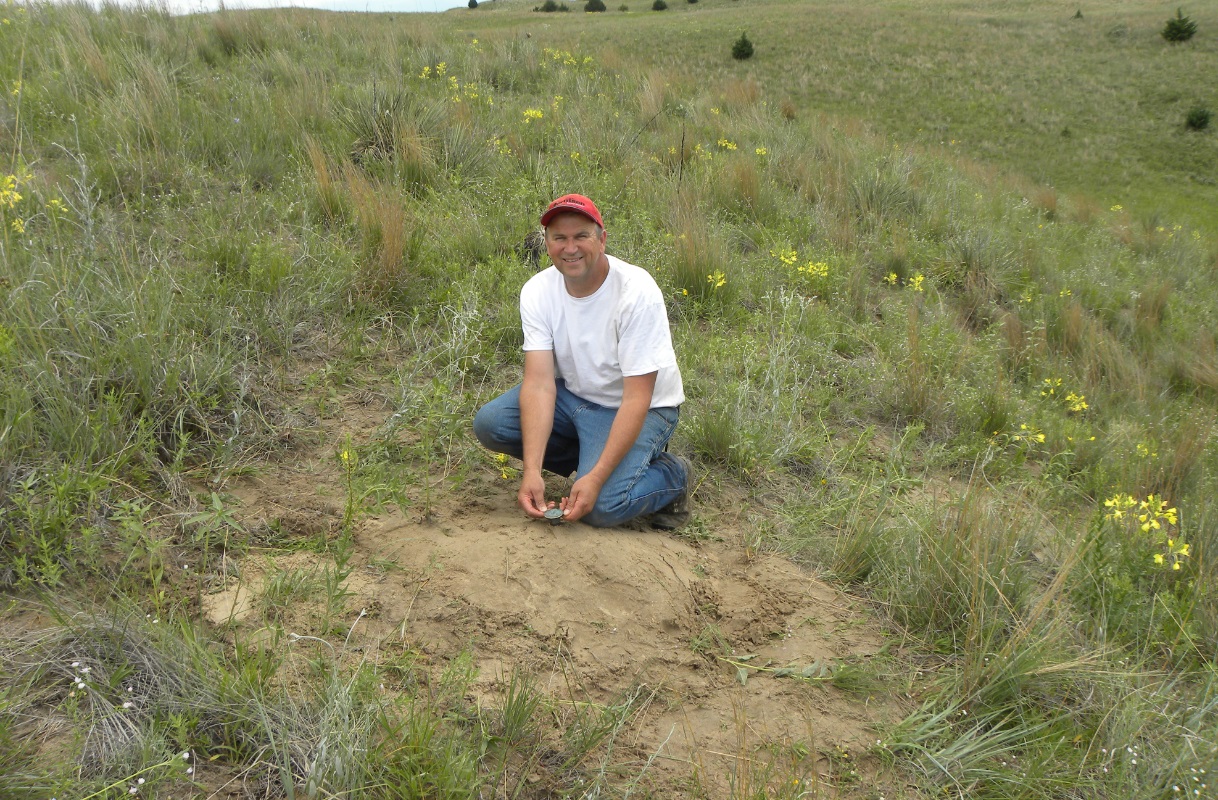 Jerry with the restored monument before leaving.