Monument was found in very good condition. Set reference nails and removed the pipe which measured 35" from bottom of flange to top of cap. The spread of the flange was 5" wide with each flange being 3" wide. The pipe was 1 7/8" outside diameter. Bronze cap was 2.5" diameter and 1" tall. Found two small pieces of concrete. One was 3.5"x1.5" and the other was 1.5"x0.75". Replaced pipe as found from reference tie nails. Placed the concrete pieces on the north side of the pipe approx. 0.5' deep. Looked for the NE pit and found discolored soil as shown in the image. 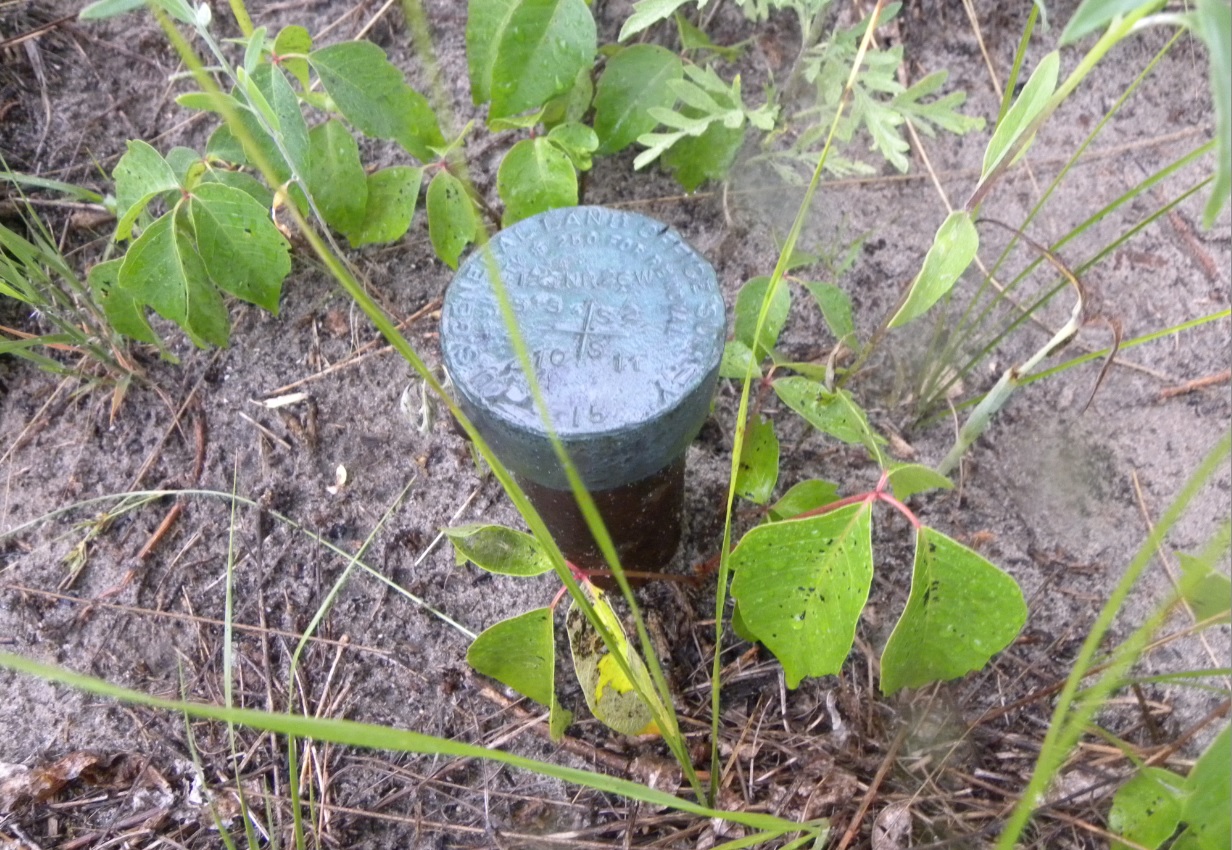 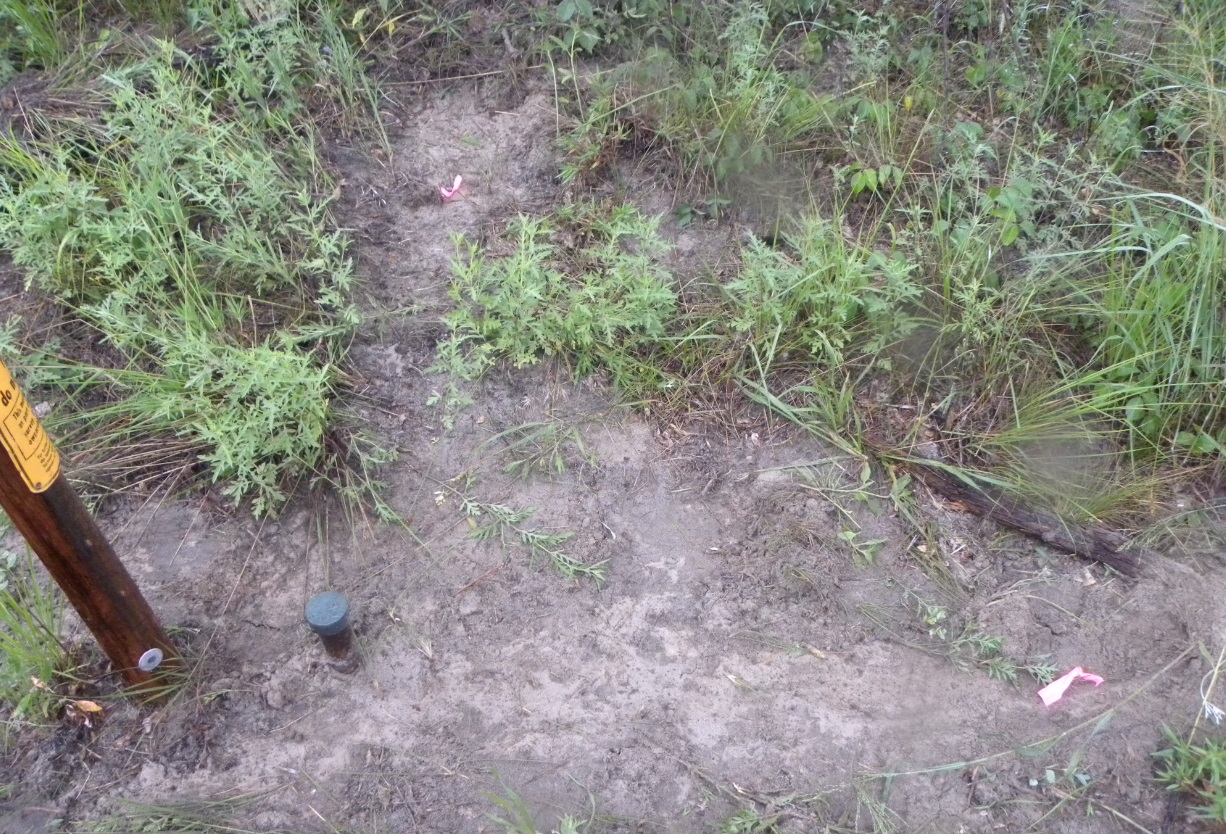 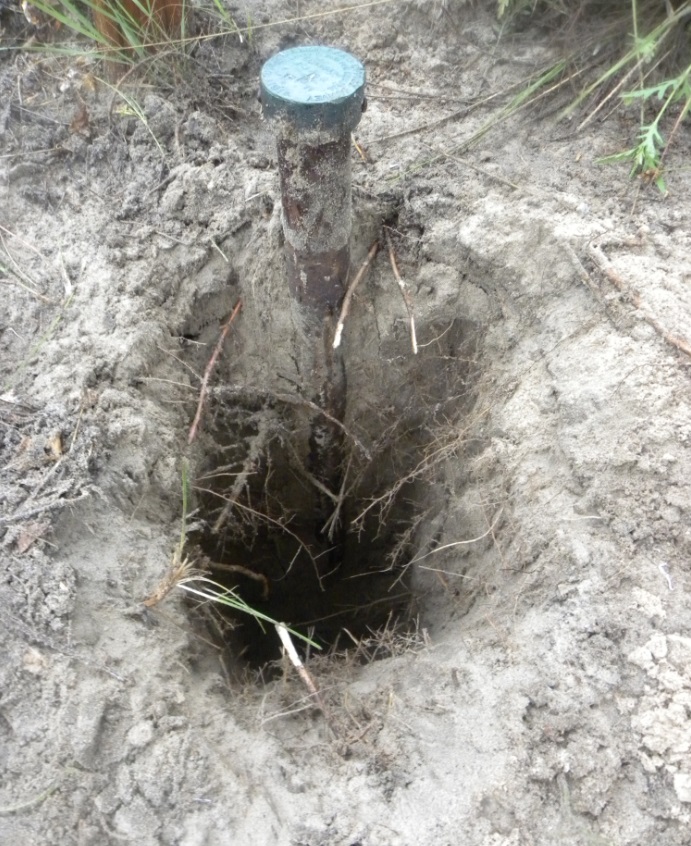 Excavation down the east side of the monument. 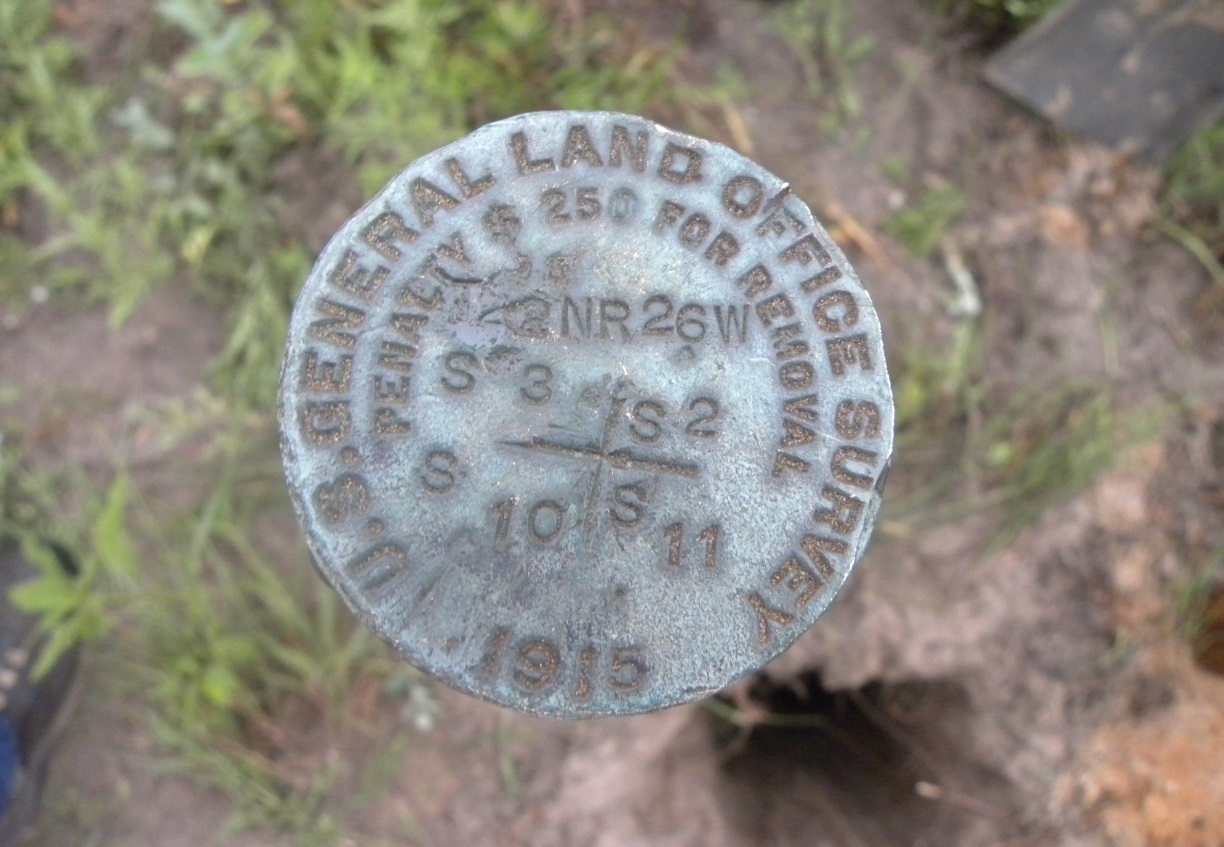 Top of the cap. 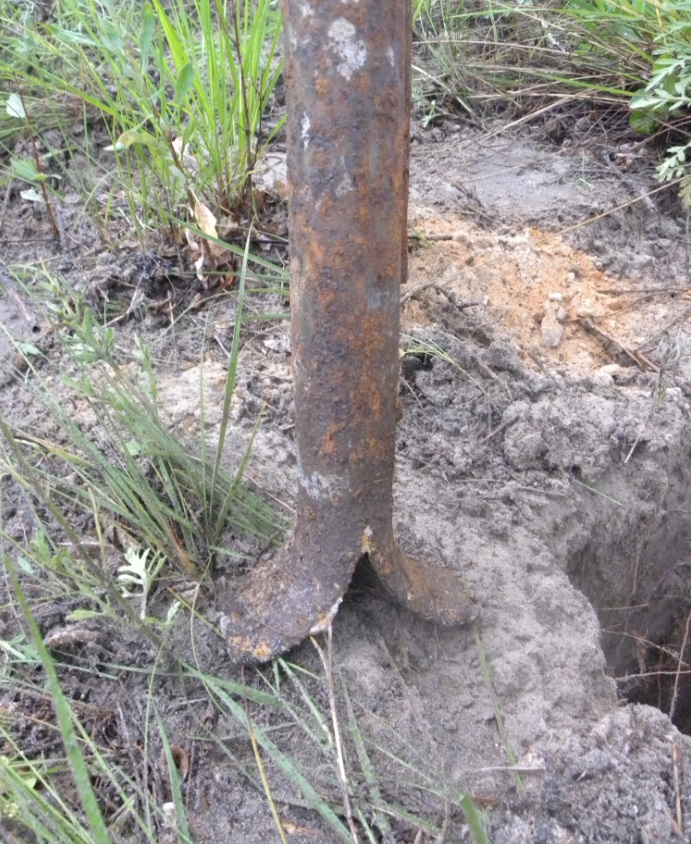 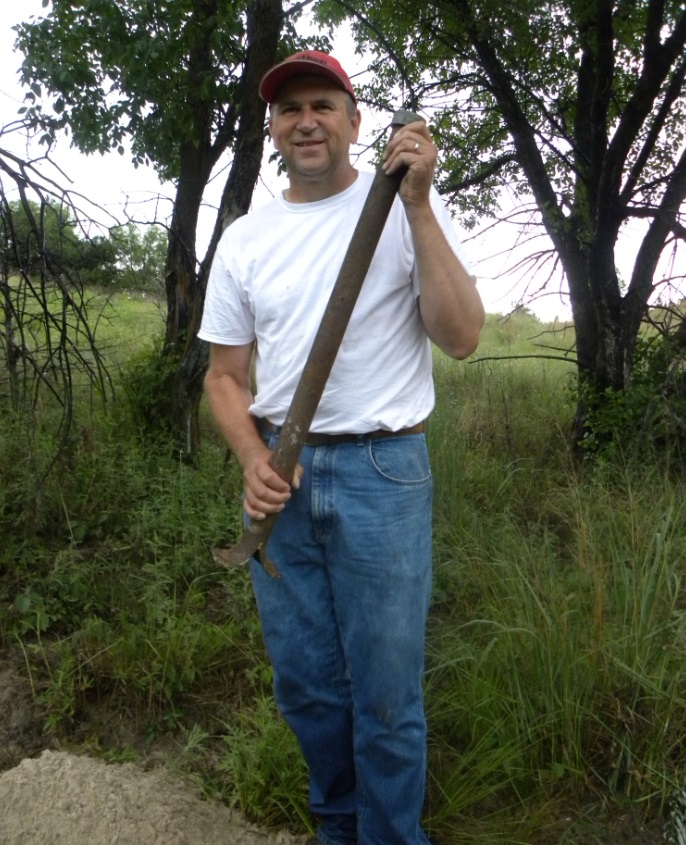 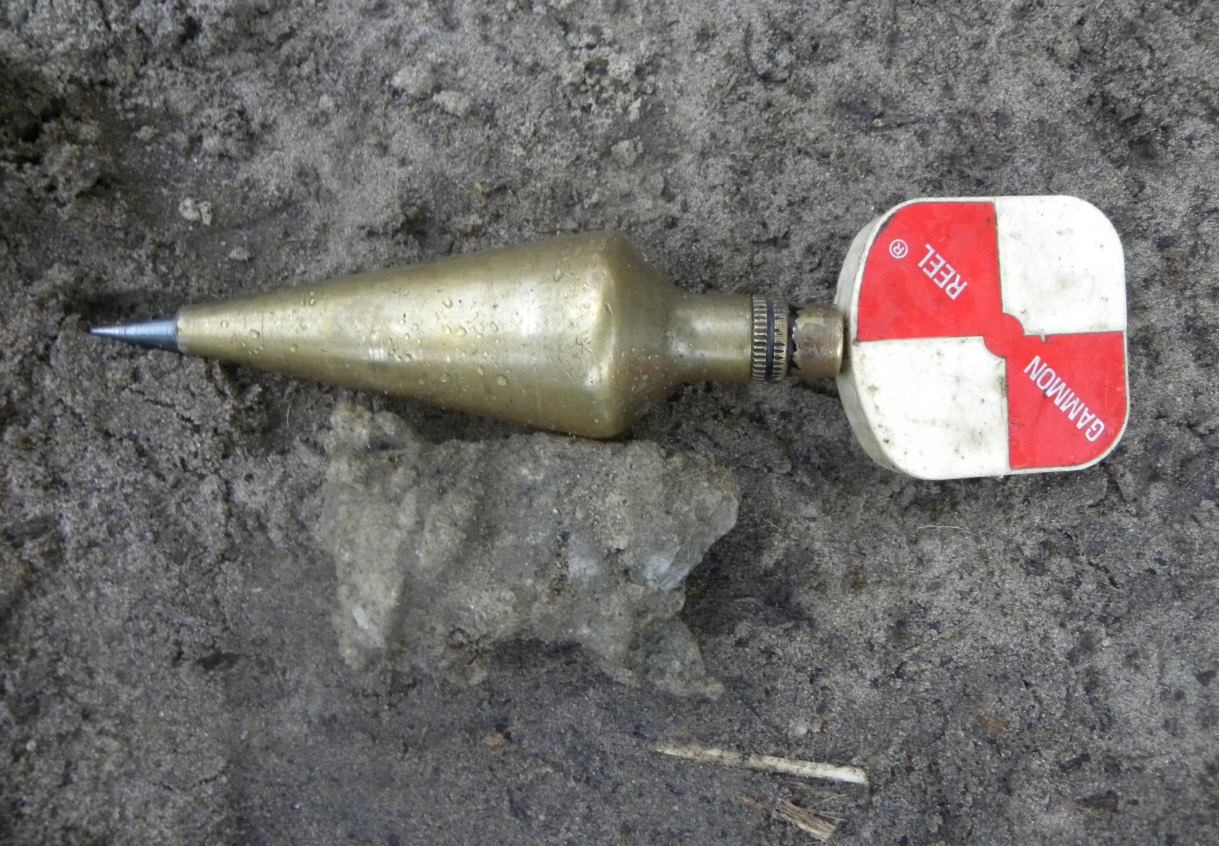 The largest piece of concrete memorial found compared to a 16 oz. plumb bob. 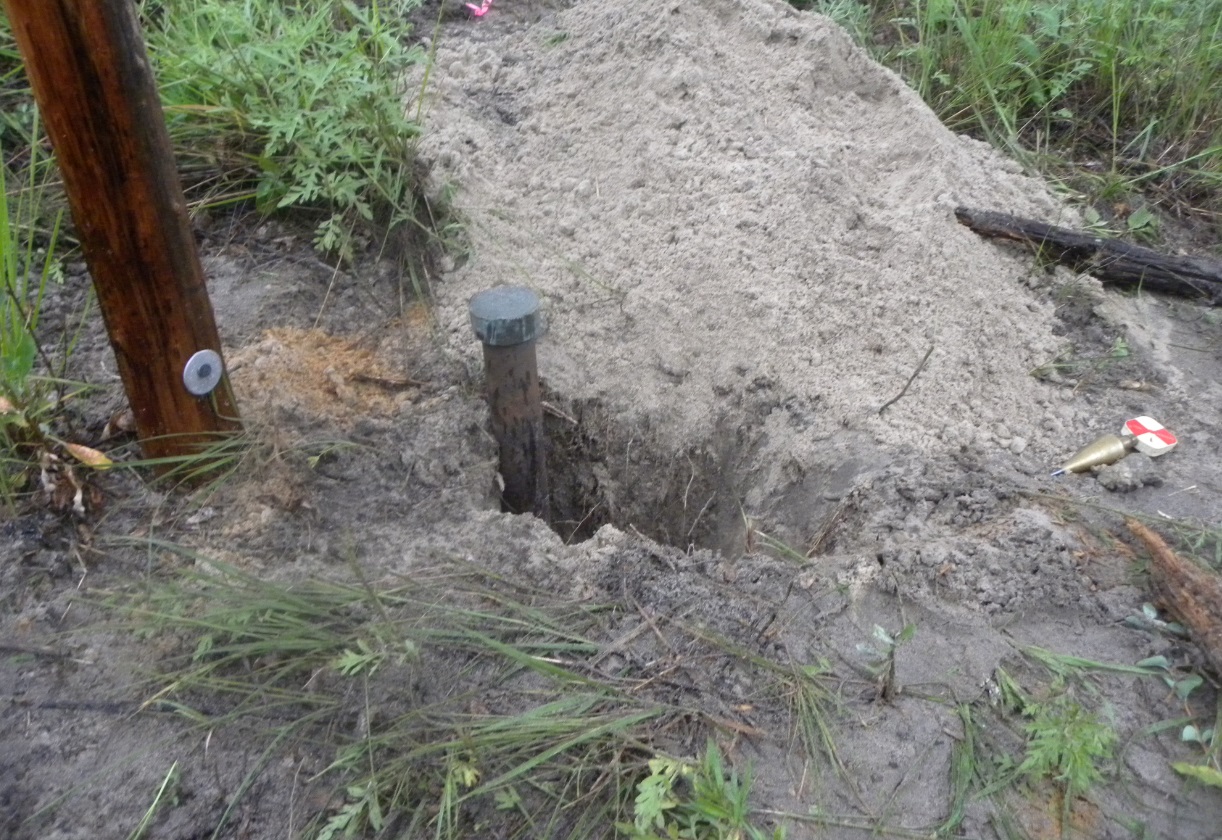 Resetting the monument in correct location after excavation. 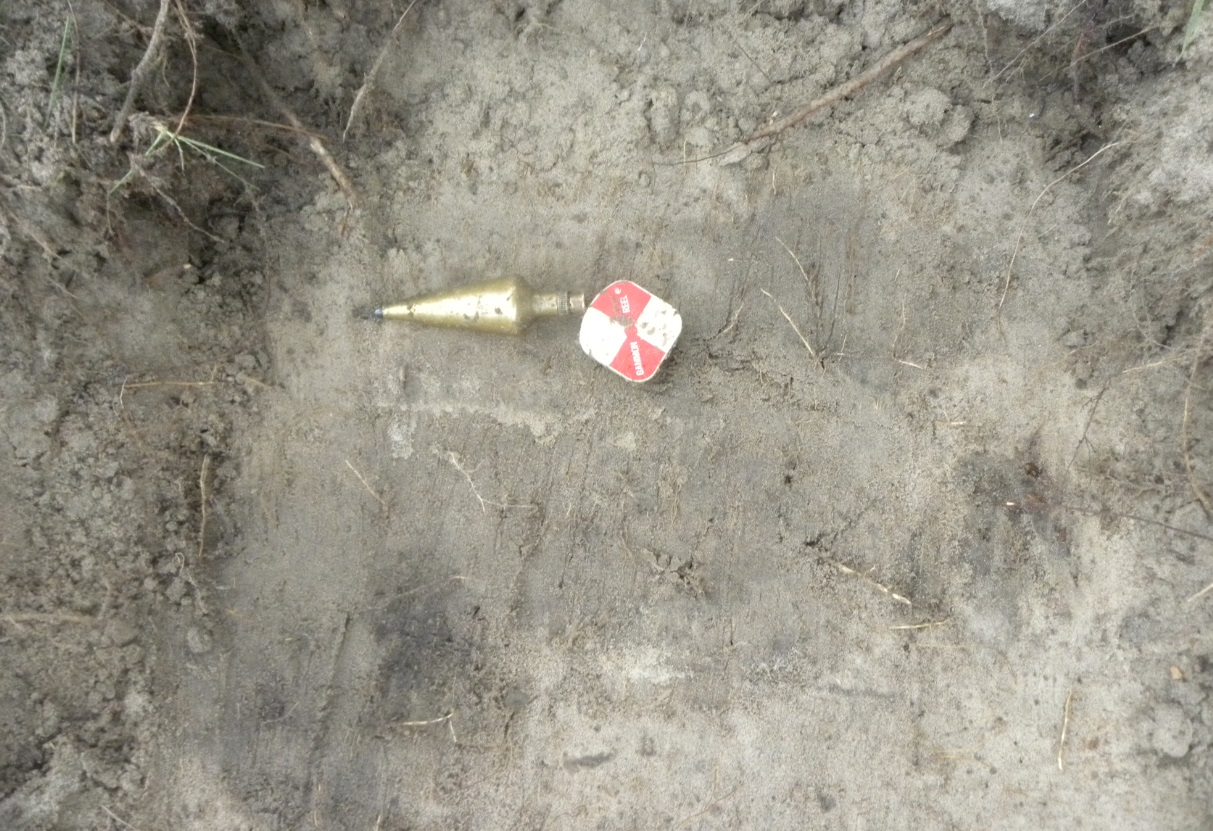 Outline of what is believed to be the NE pit.