In 1961 there were twelve Atlas "F" Missile sites constructed in southeast Nebraska as offensive nuclear weapons to be used against the Soviet Union during the Cold War. It is my understanding that each site had survey monuments established near them that were used for the alignment of the missiles once they were brought up out of the silos. The monument in the photos below was near the Eagle, Nebraska site. I took these photos around 1991, and at that time the aluminum cover was still present on top of the concrete pedestal. It has since been stolen. An older farmer in that area told me that during the "Cuban Missile Crisis" in October of 1962 the missile at this site was out of its silo and was ready to fire. All of the silos are now abandoned and are on private property.

Also in 1961 during the construction of these silos, the U. S. Coast & Geodetic Survey established first-order level lines to each of the missile sites, so there should be precise bench marks in the immediate vicinity of each site. 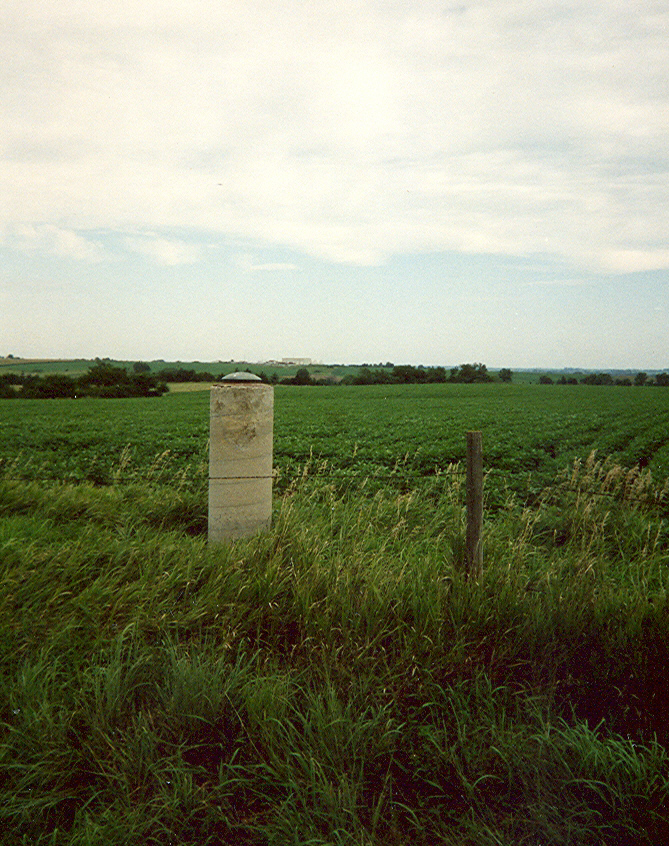 The Atlas Missile silo is in the distance over the top of the monument. 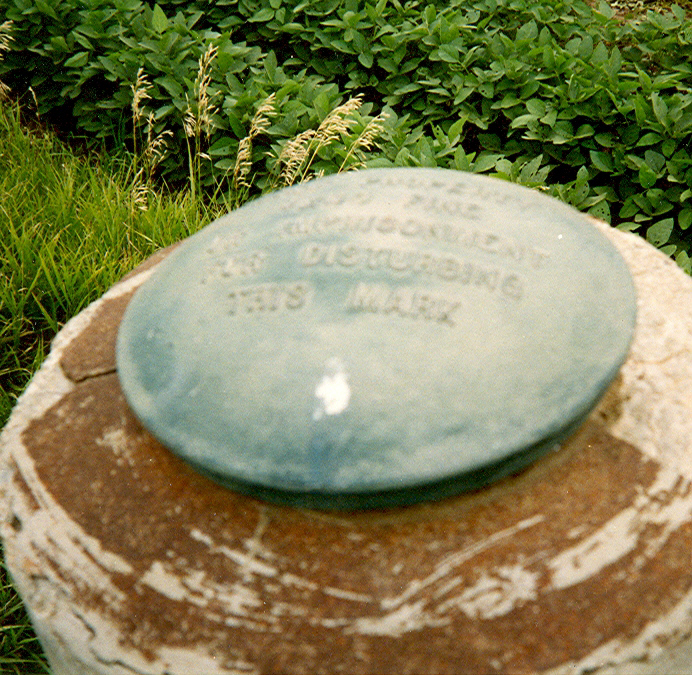 The aluminum cover on the top of the monument. 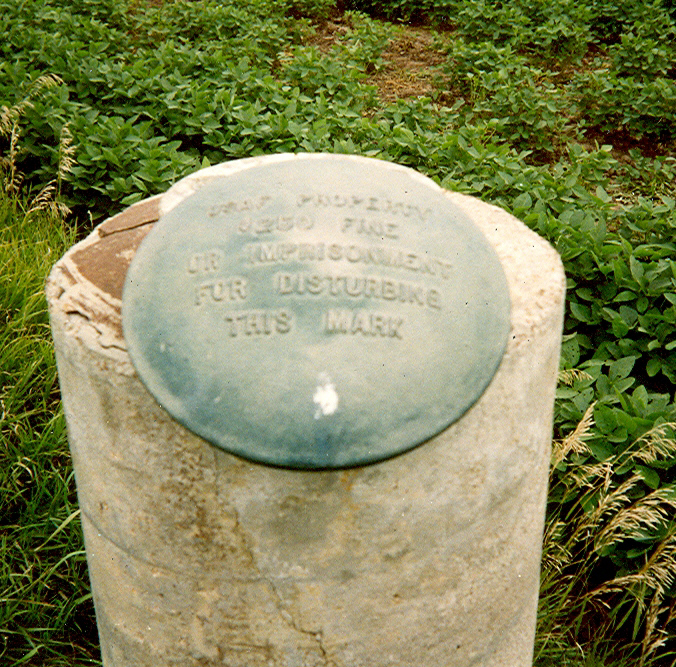 With the cap slightly off the top and titling toward the camera, the wording reads:
"USAF Property $250 Fine or Imprisonment For Disturbing This Mark". 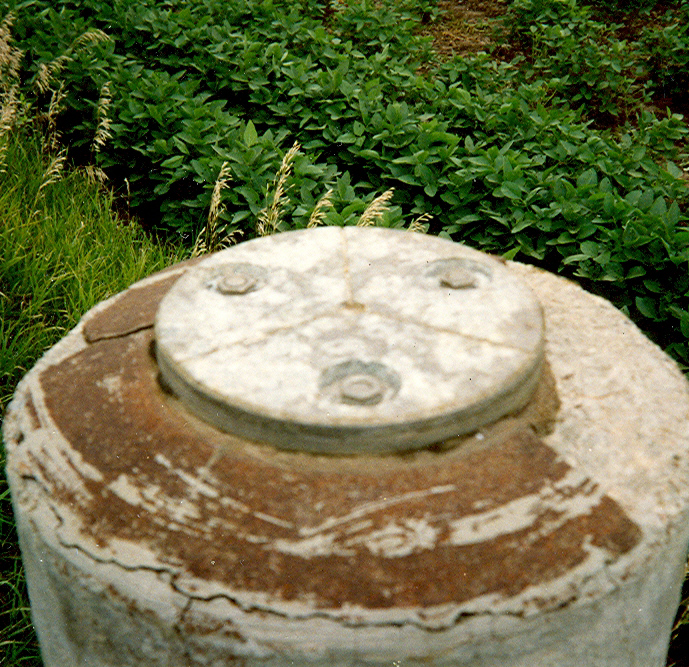 The top of the monument without the cap.

The photos below were taken at another site which still has the pedestal with the cover cap in place. The cover is 11.5" in diameter and is solid aluminum. It resembles a hubcap with a domed top. Inside is a rubber gasket. 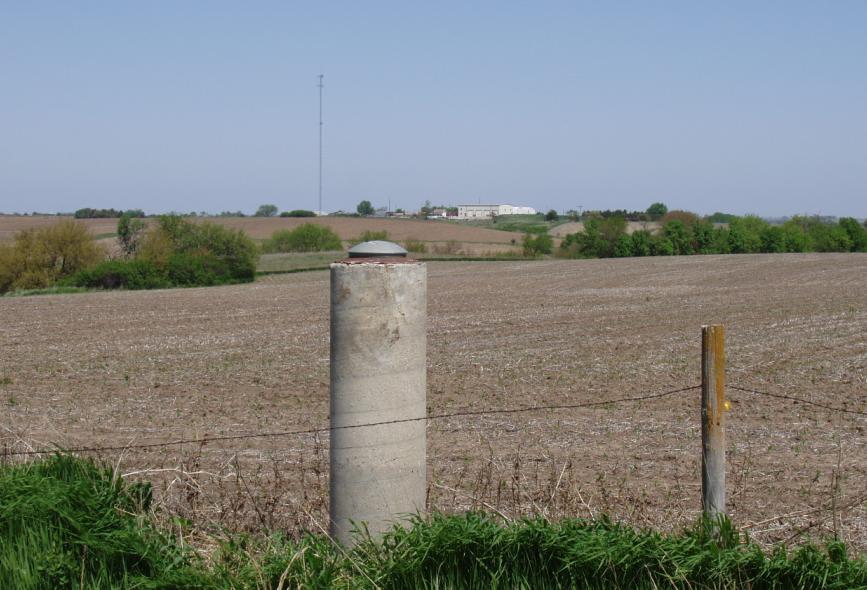 The former missile site is over the top of the monument in the distance. 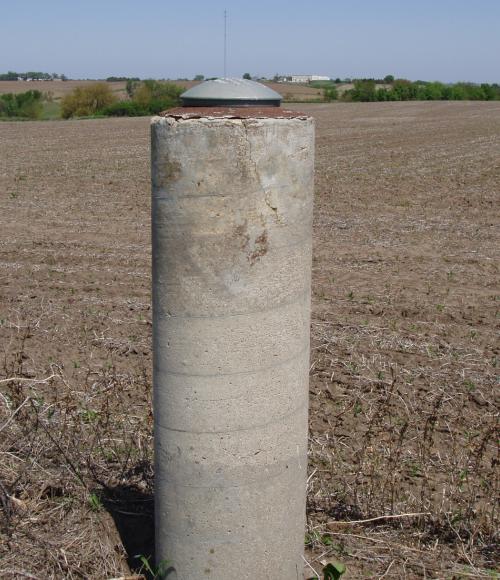 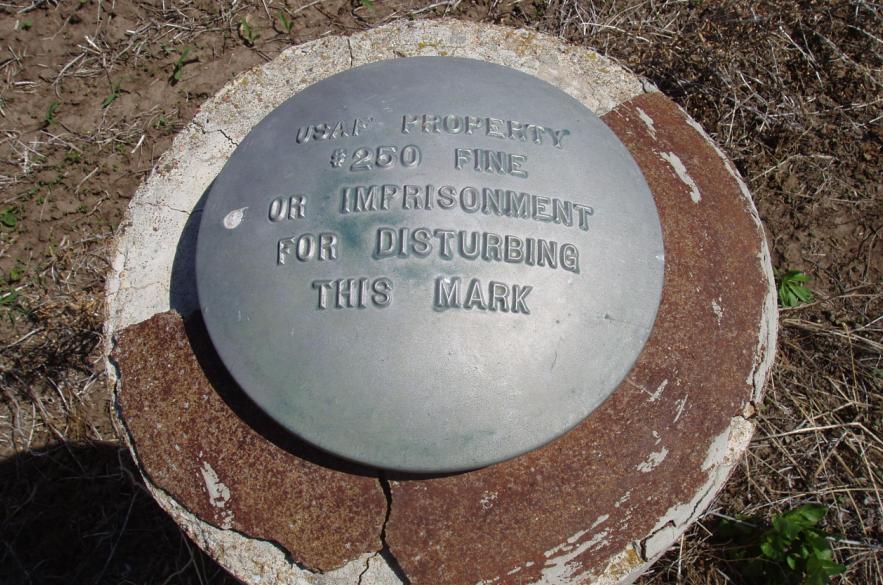 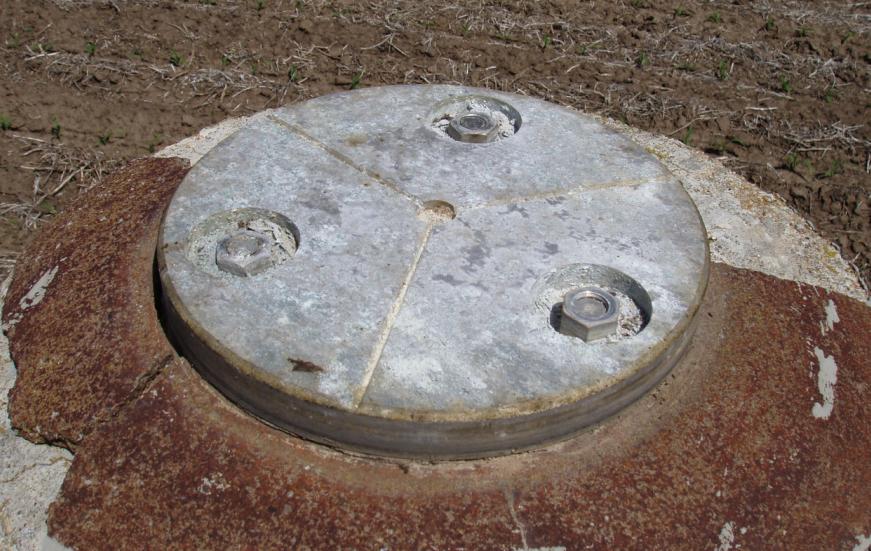 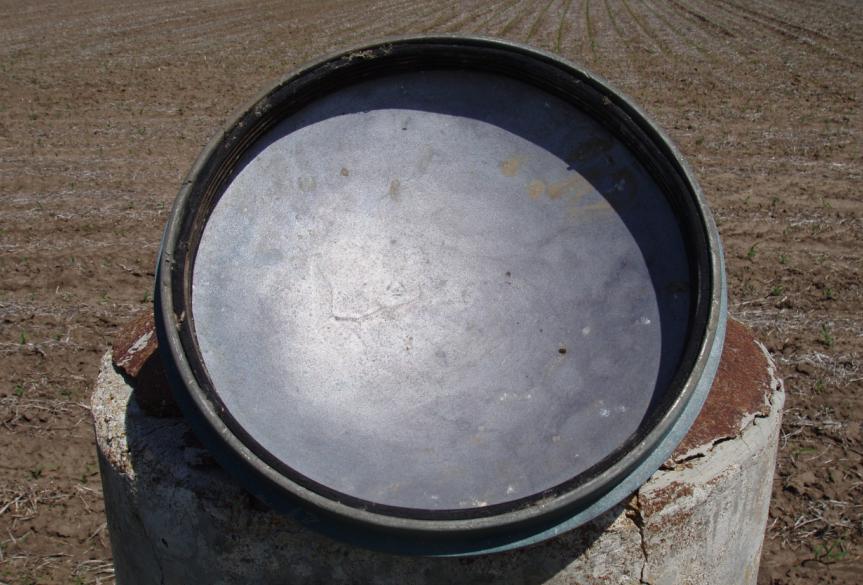 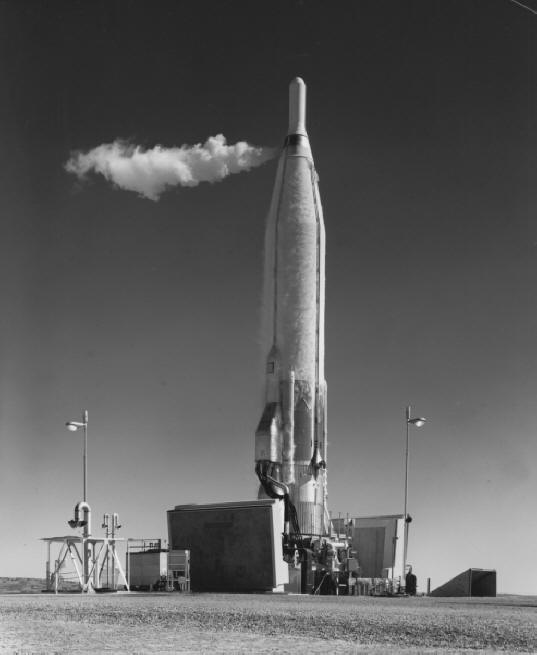