The Salina Base Line, located at Salina, Kansas, was established in 1895 and measured in 1896. It was part of the east-west transcontinental triangulation network across the center of the United States. The end points are 30" square limestone blocks with copper pins in the center.

East Base is located 1.3 miles southwest of New Cambria. It is between the Union Pacific Railroad and Old Highway 40, being approximately 30 yards southerly from the highway and 25 yards northerly from the railroad. The surface mark is very visible above the ground surface and can be seen on current Google Earth images. Unfortunately, the only current protection for this monument is a carsonite survey marker post.

West Base is located at the south end of Front Street and 90 yards south of Forest Avenue. It is approximately 50 yards easterly of the Union Pacific yard office at the west end of the yard. The slightly buried marker is on the northeast corner of a steel pipe protective fence around a gas meter and is approximately 0.8' below the surface. It is not currently being protected. Both monuments were easily recovered by Gene Thomsen and Jerry Penry on August 12, 2016. They are each in very good condition despite their 120-year age. According to the original description, there are six points placed between the end points. A latitude station was once located approximately 25' east of the West Base and was constructed of cement and bricks. 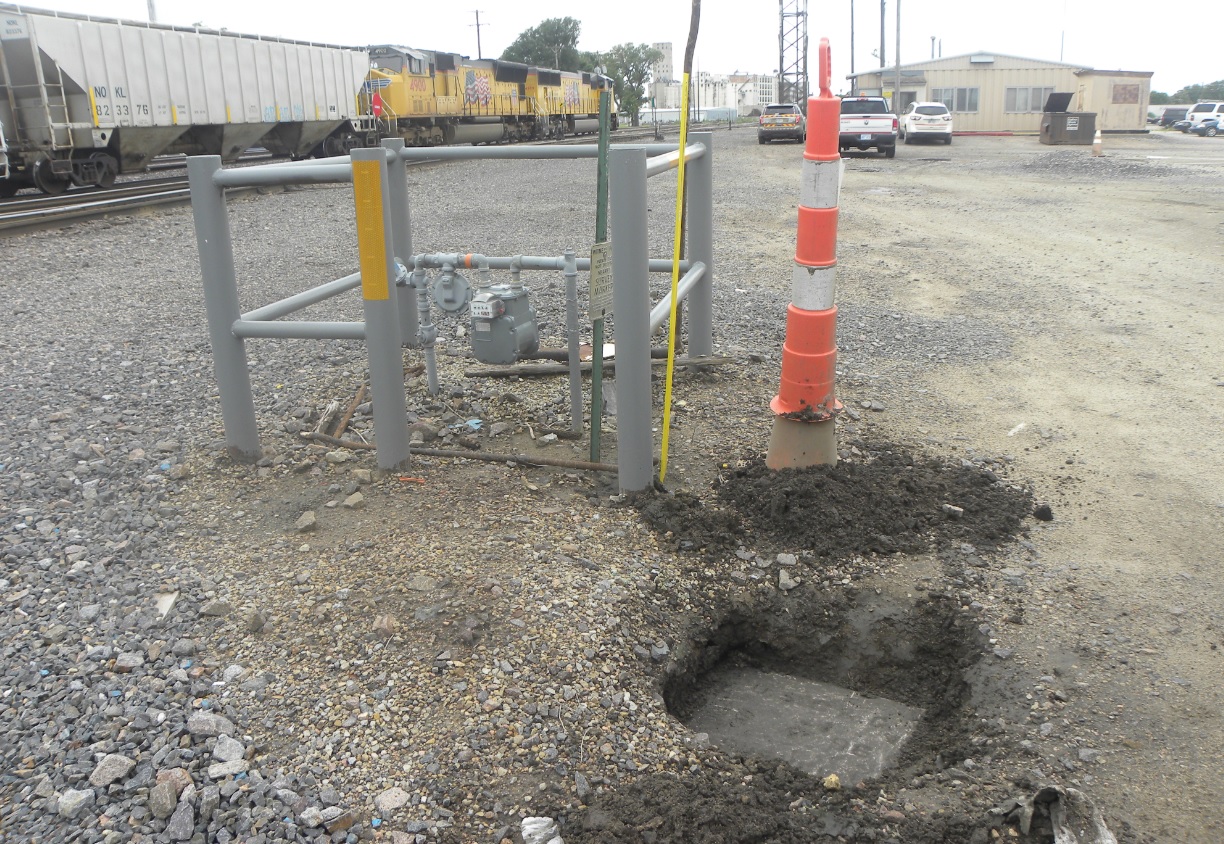 Looking westerly over West Base toward the Union Pacific yard office. 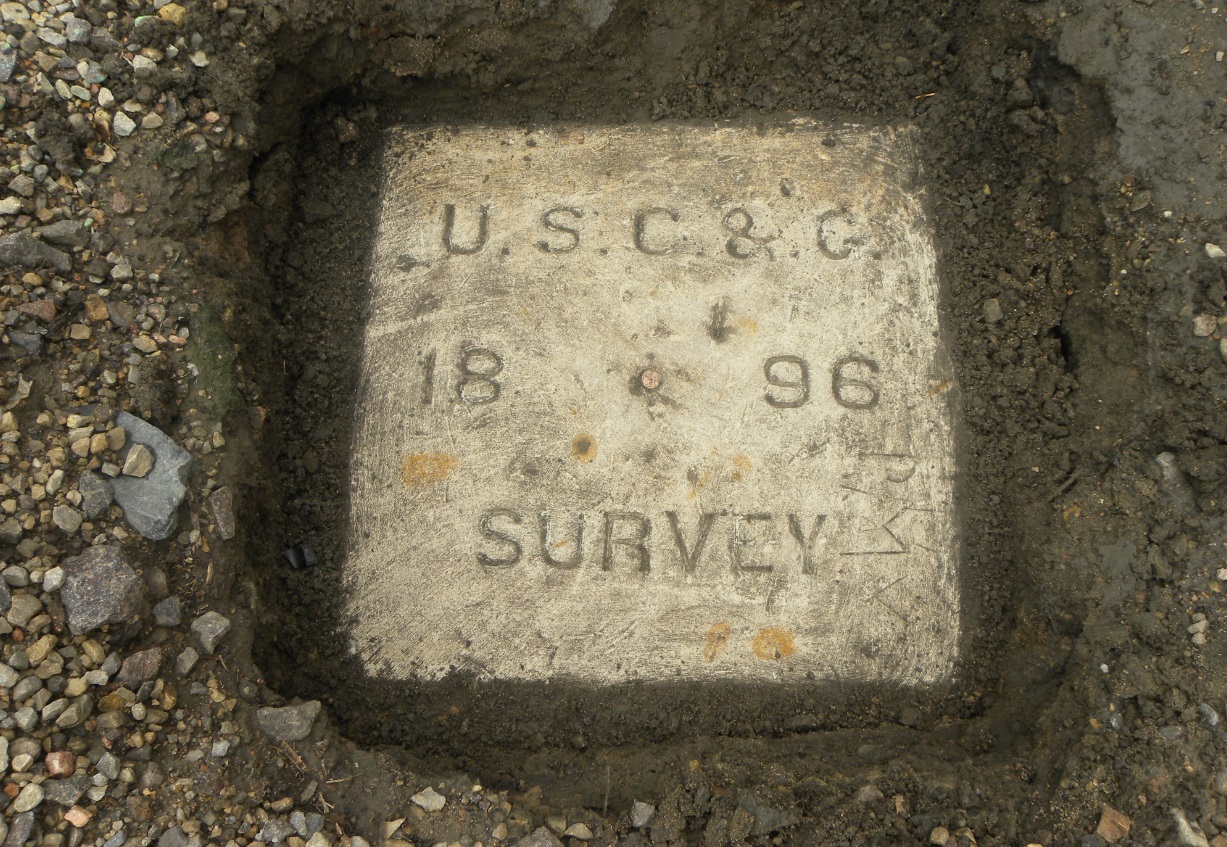 West Base with the top being oriented toward the west. 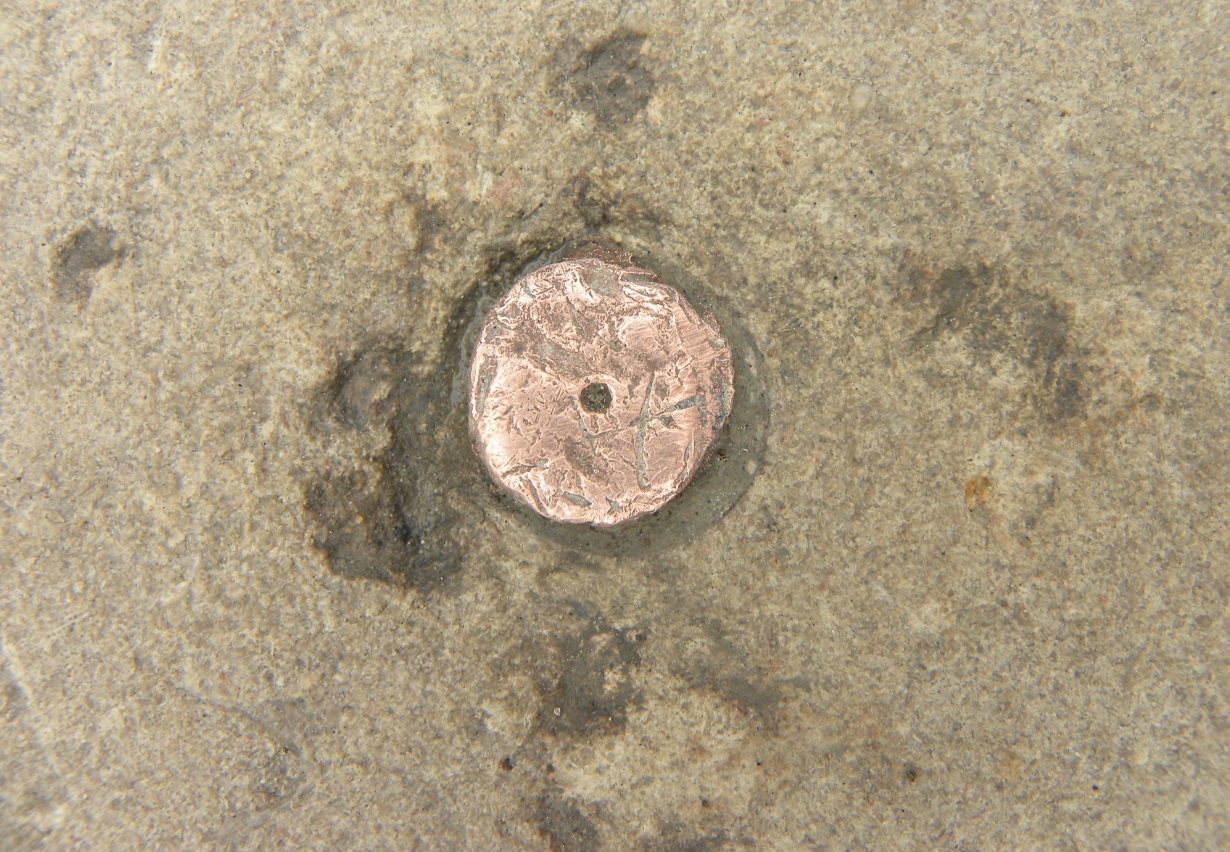 The copper pin marking the point in the center of West Base. 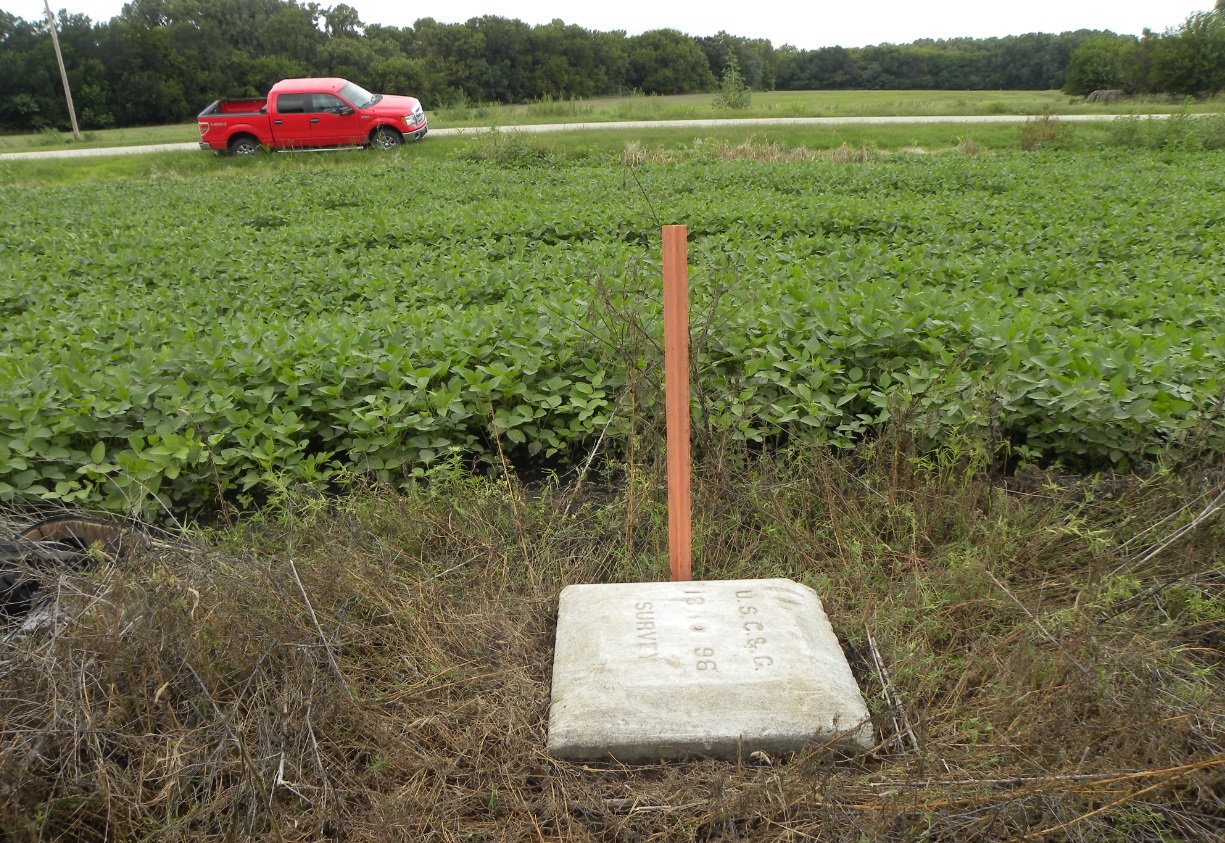 Looking northerly over East Base with Old Highway 40 nearby. 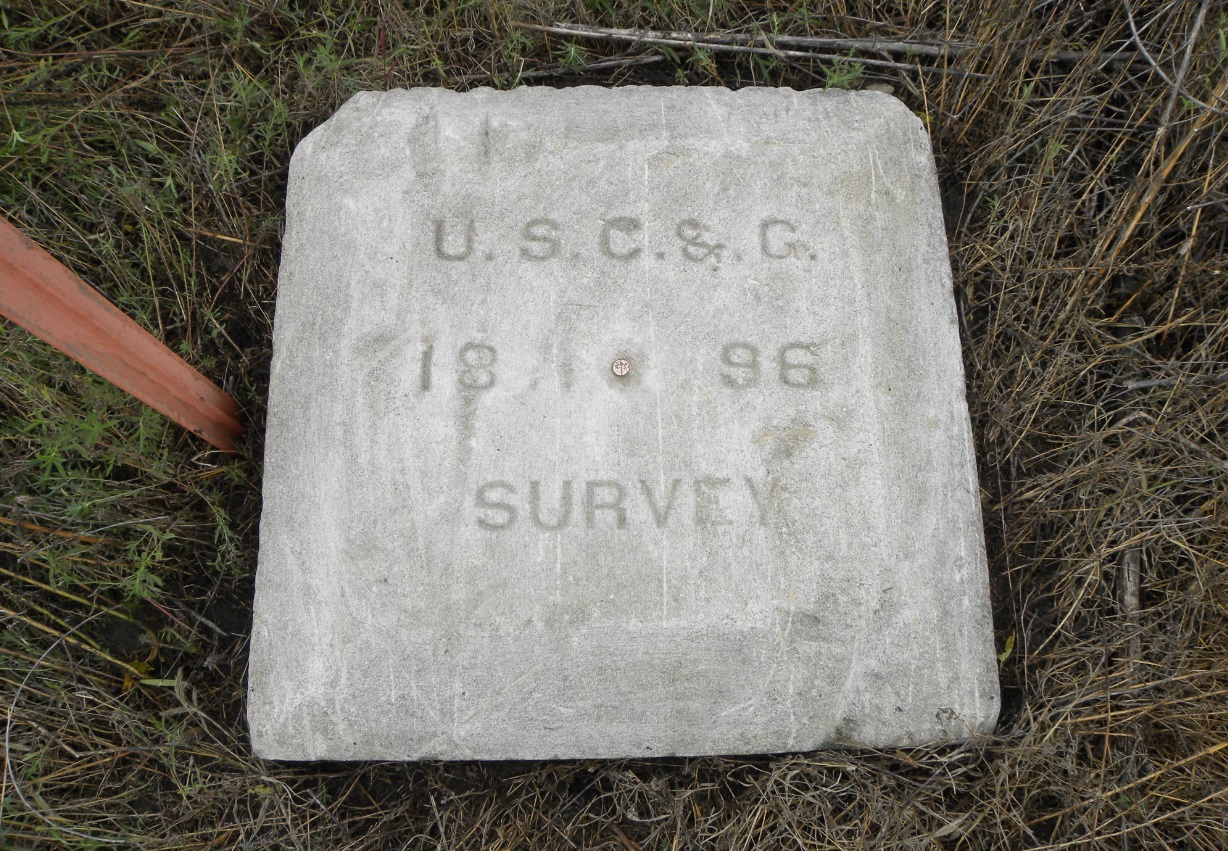 East Base with the top being oriented toward the east. 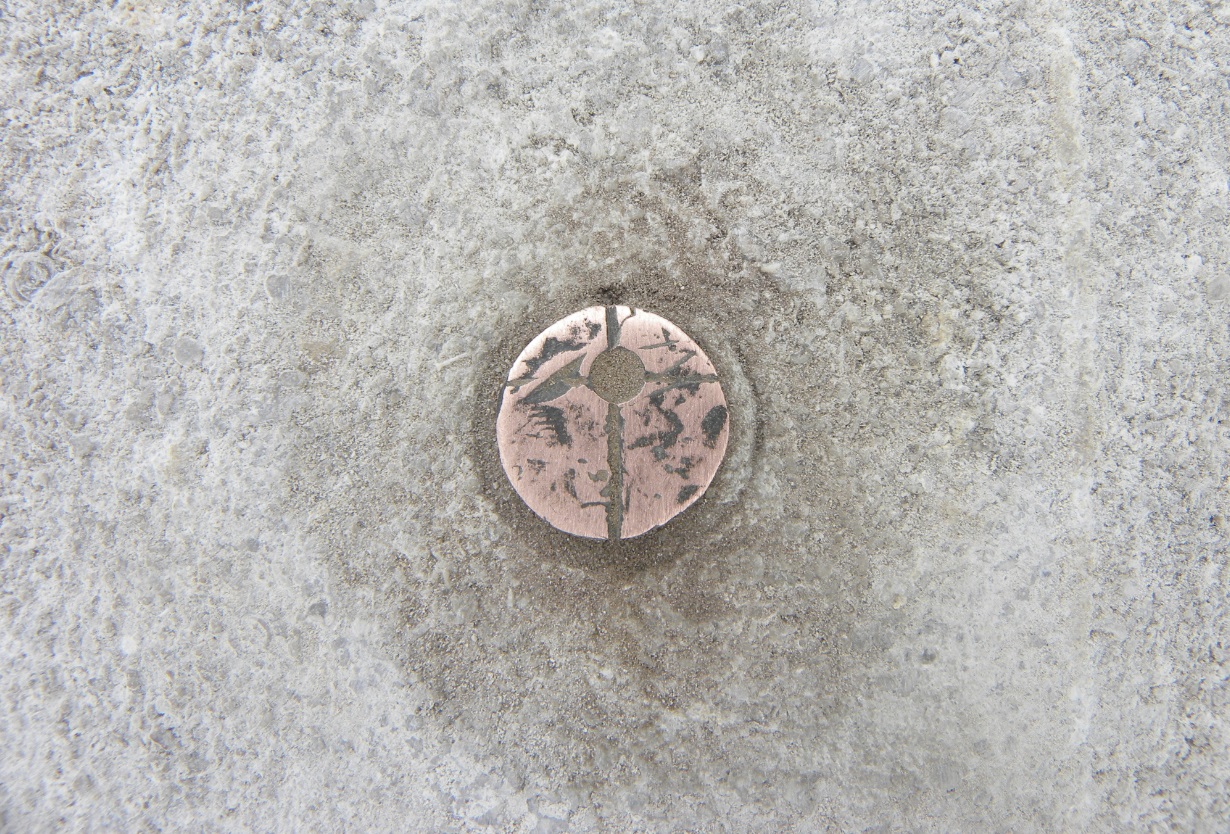 The copper pin marking the point in the center of East Base. 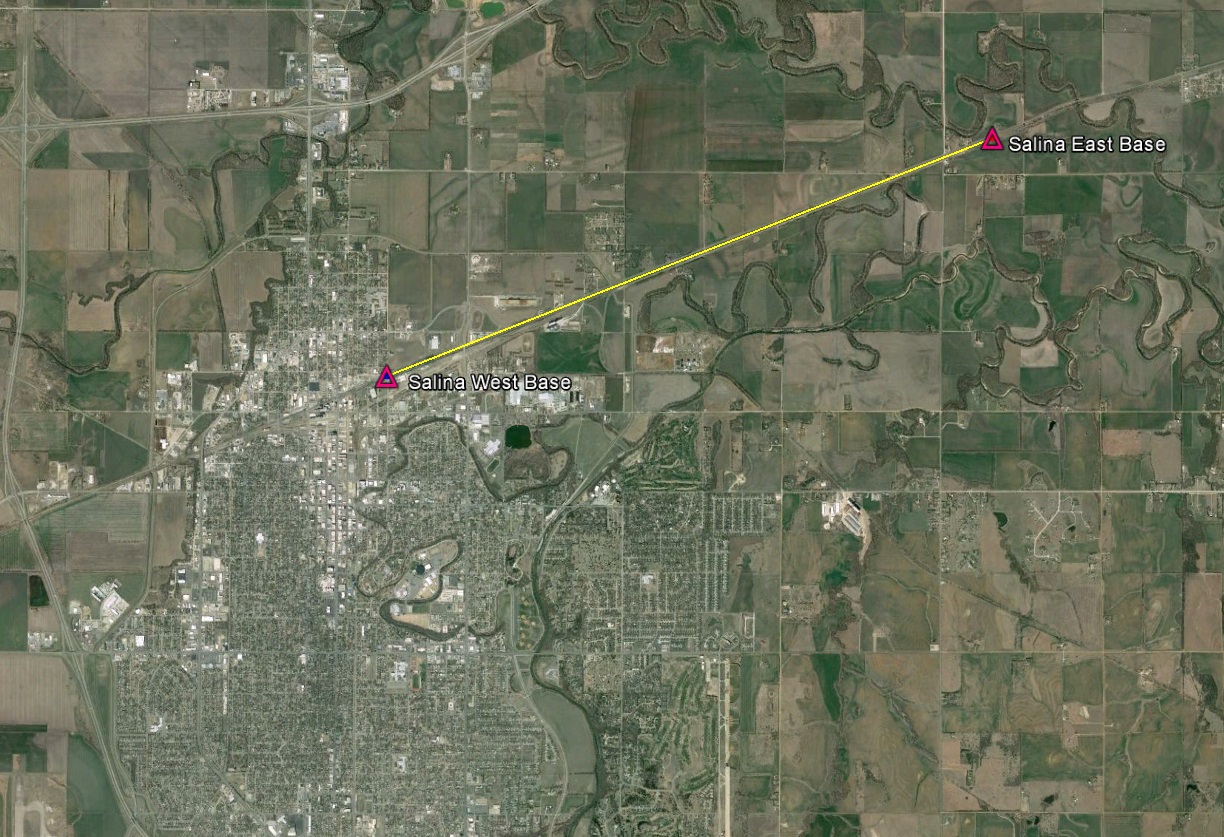 The 4.07-mile baseline as plotted on Google Earth. 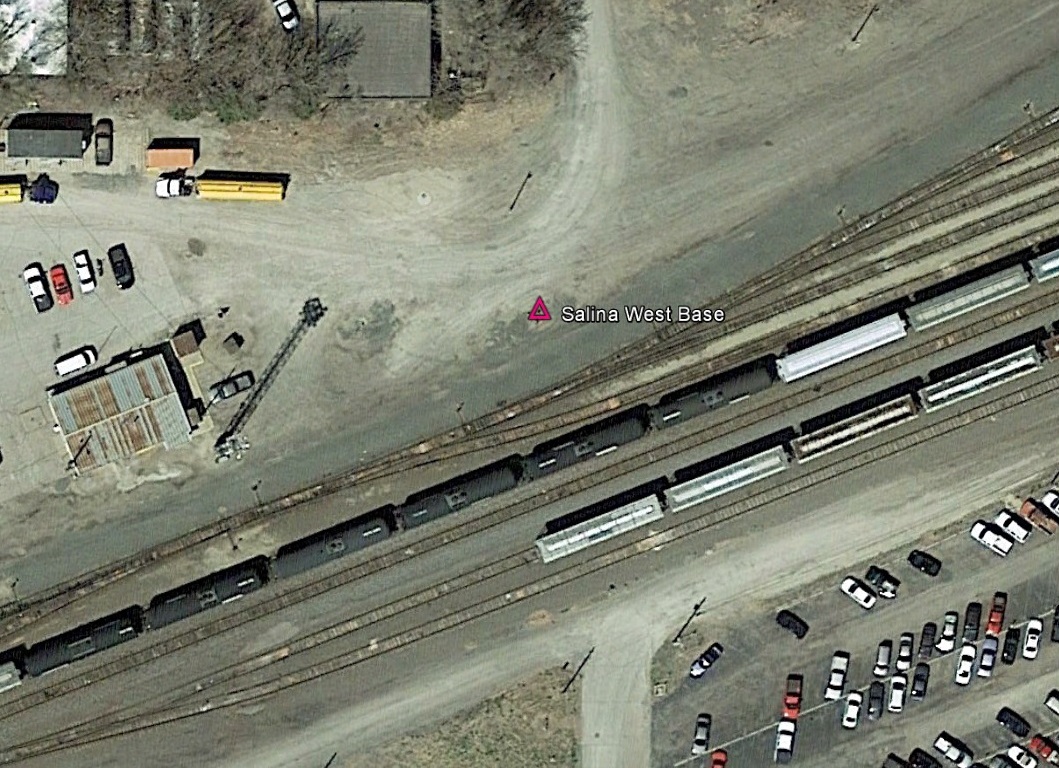 The location of West Base near the yard office. 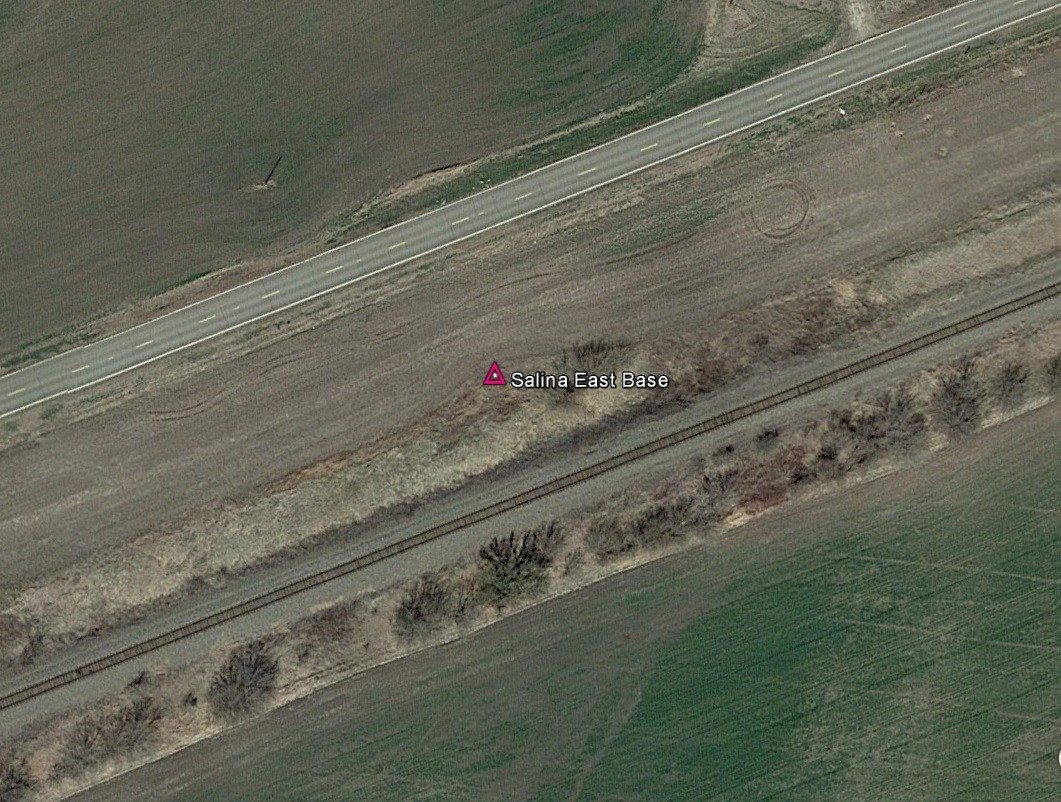 The location of East Base between Old Highway 40 and the railroad.
(Note the white dot visible in the image). 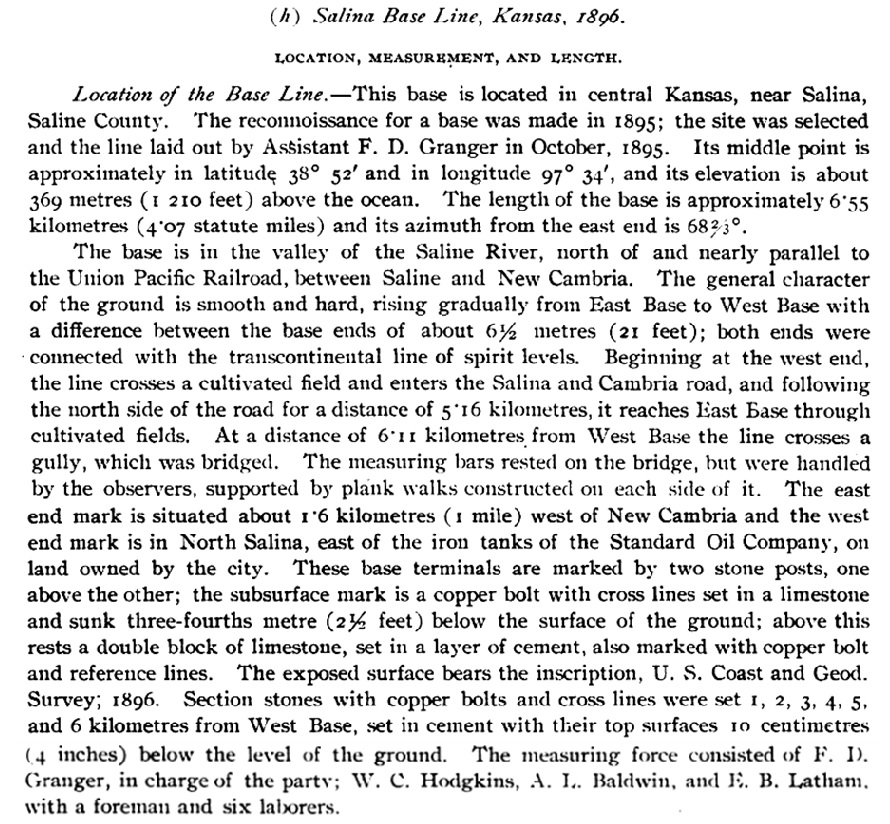 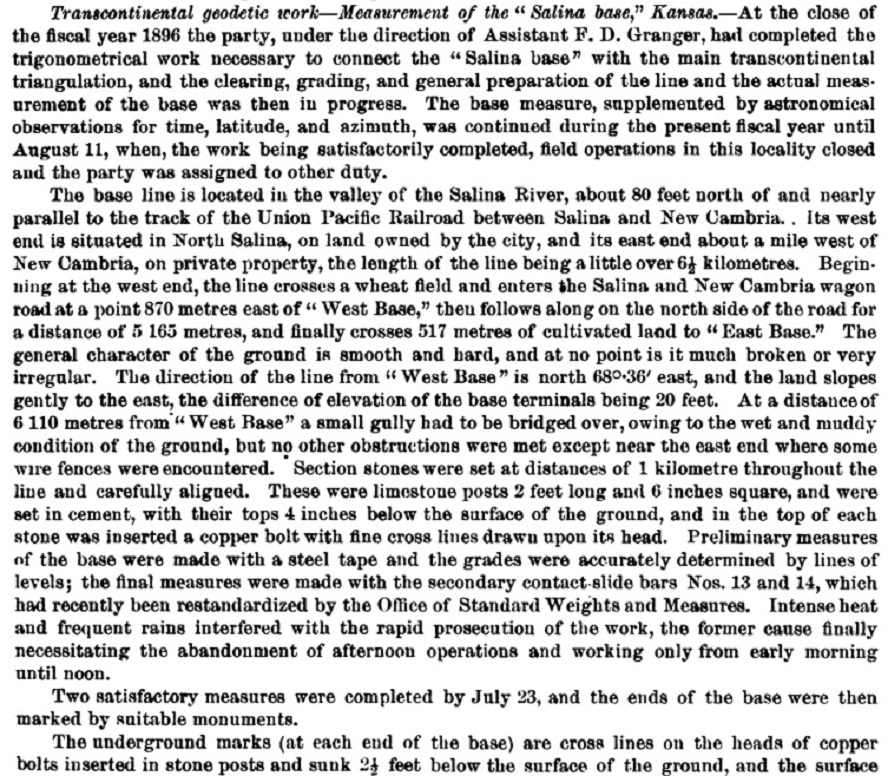 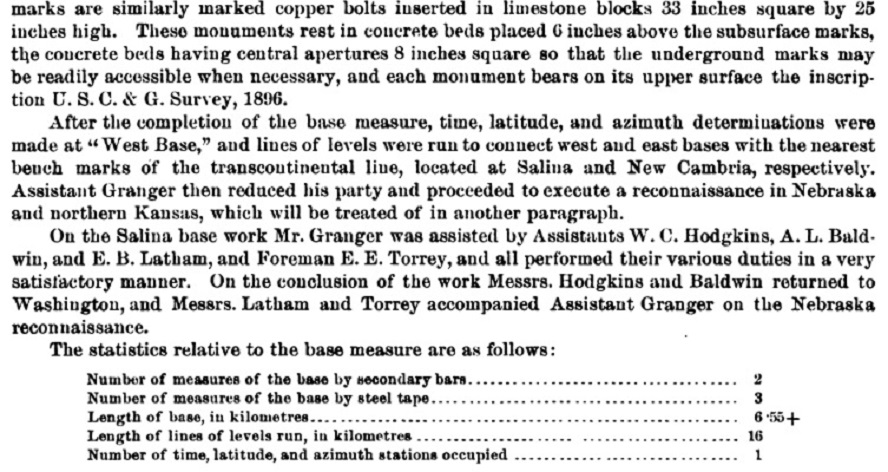 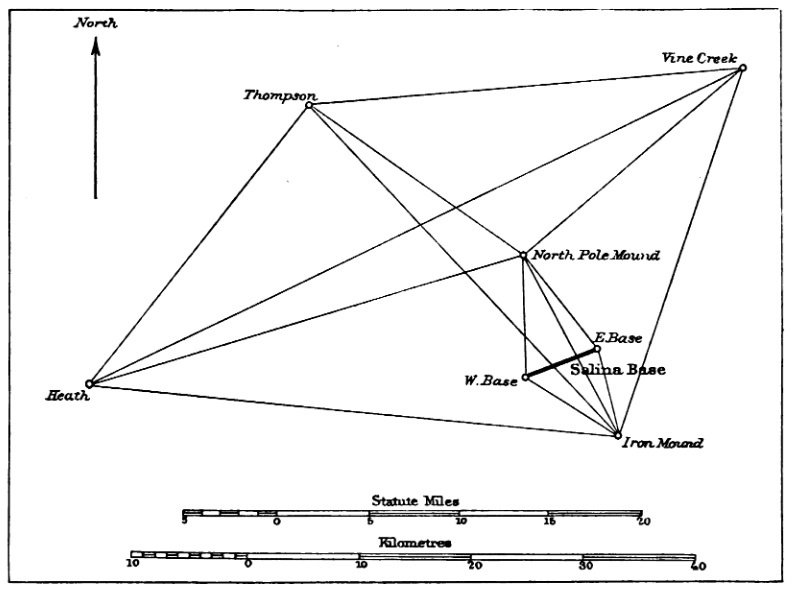 The triangulation stations that connected to the Salina Base Line. 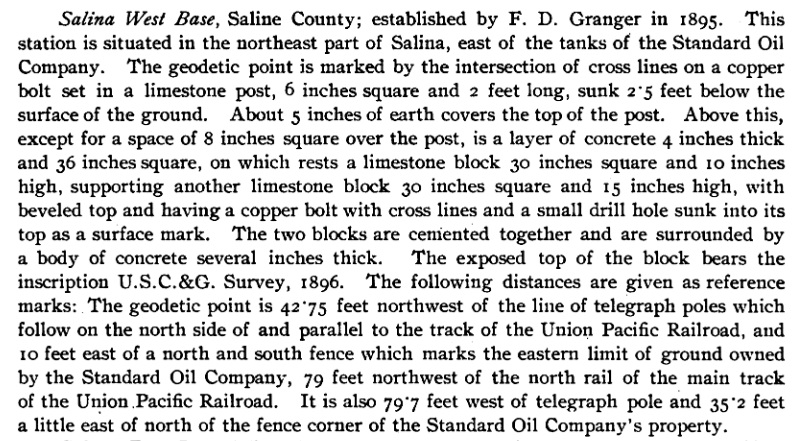 The original description for Salina West Base.

The original description for Salina East Base.

The original description for the Latitude Station near West Base.