The Sidney Datum is an early vertical datum that was established in central and western Nebraska for the USGS quad sheet mapping from 1896 to 1902. The datum originated on a railroad bridge east of Sidney, Nebraska. The datum was based upon a bench mark supplied by the Union Pacific Railroad. At that time it was unknown just how close the elevations were to true sea level, but they went ahead with the mapping assuming it was close.

When the mapping was completed, over 300 permanent bench marks had been placed. Most of these were 3½ inch diameter iron pipes with bronze caps. Not all of the areas that were mapped had bench marks placed because Congress did not mandate the use of permanent bench marks until the 1897 surveying season. The links to the quad sheets below are the ones where the permanent bench marks were placed. The monuments can be a challenge to find since the descriptions are now 115 years old. The bench marks are designated on the maps with the letters "B. M." with a "X" next to the letters and the elevation shown to the nearest whole foot. In the notes, only the general location is usually given near a section corner. The bench mark monument could be off to the side of the road, but keep in mind these were only trails in the 1890s. The "X" marking the bench mark location on the maps are generally plotted very accurate. 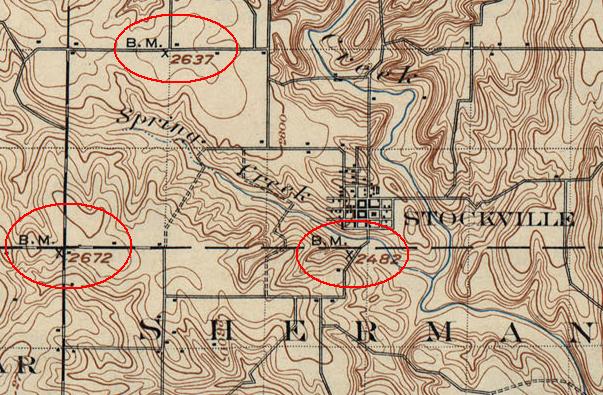 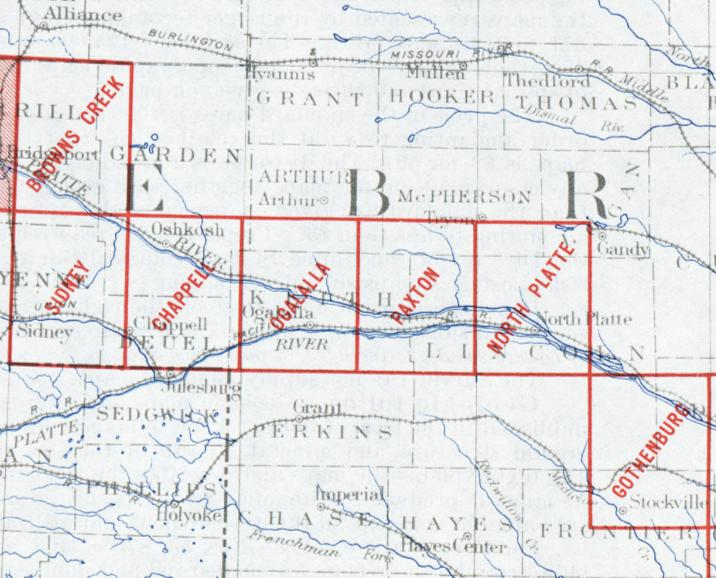 The above map shows the 30-minute quad sheets which have the bench marks within them.