Surveyors Hill is a landmark located in the southwestern portion of the Black Hills of South Dakota. It's location is approximately seven miles east of the Wyoming/South Dakota border and three miles north of U. S. Highway 16 that passes through Jewel Cave National Monument.

The origin of the name is not known and there is no record of a surveyor's monument ever being established on this hill. A fire that occurred in the recent past has taken most of the trees from the hill and the surrounding area, which now offers a longe range view of the area in all directions. 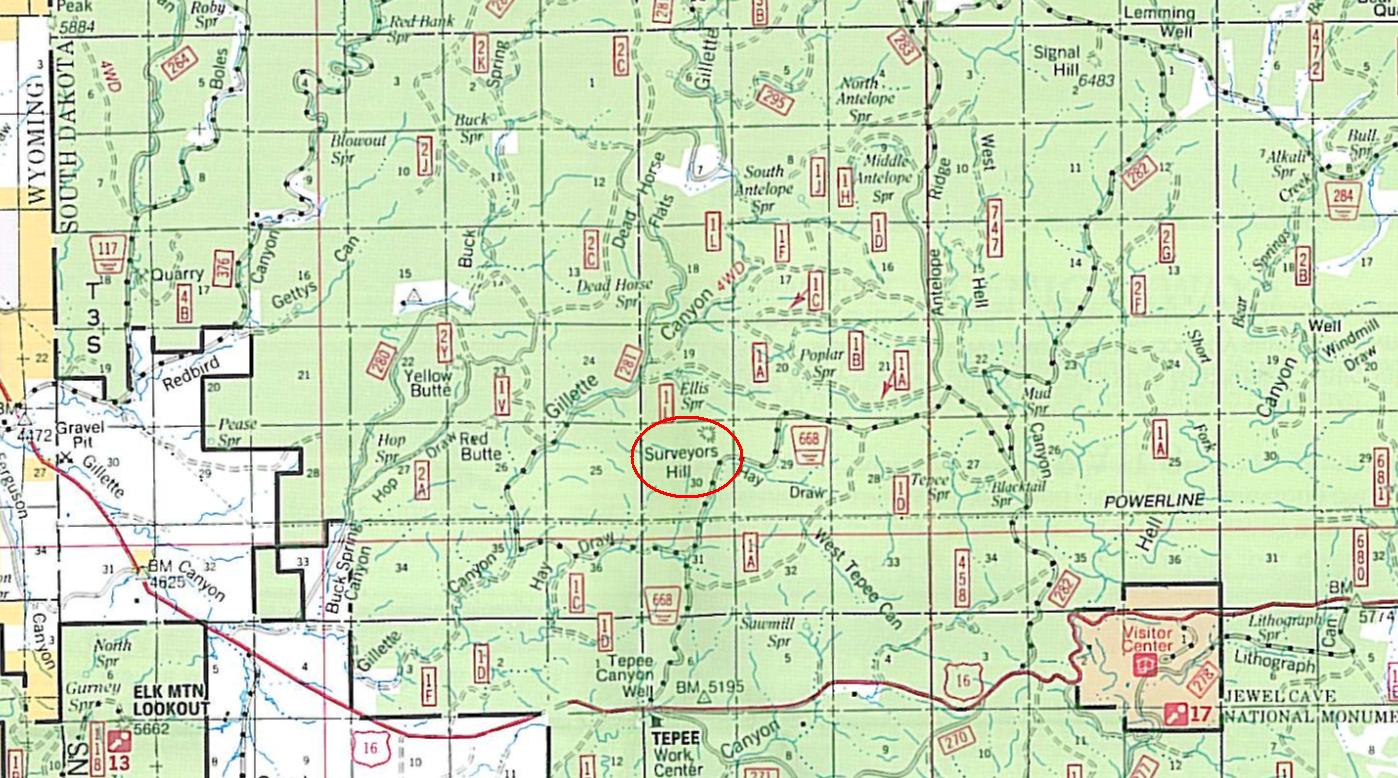 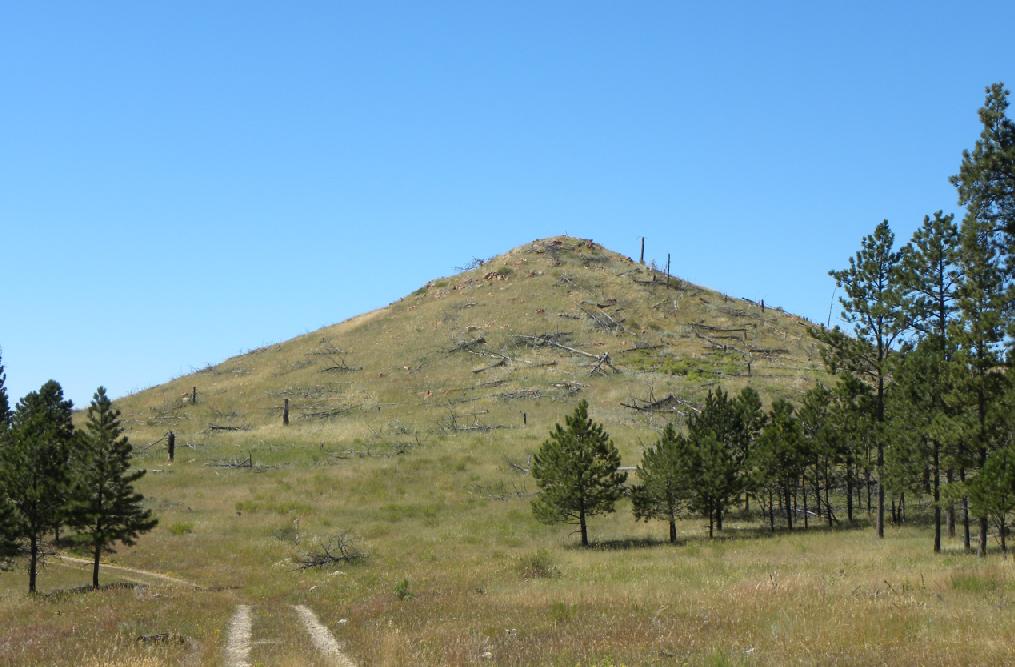 Approaching the hill from the east.

At the base of the hill. Looking northwesterly. 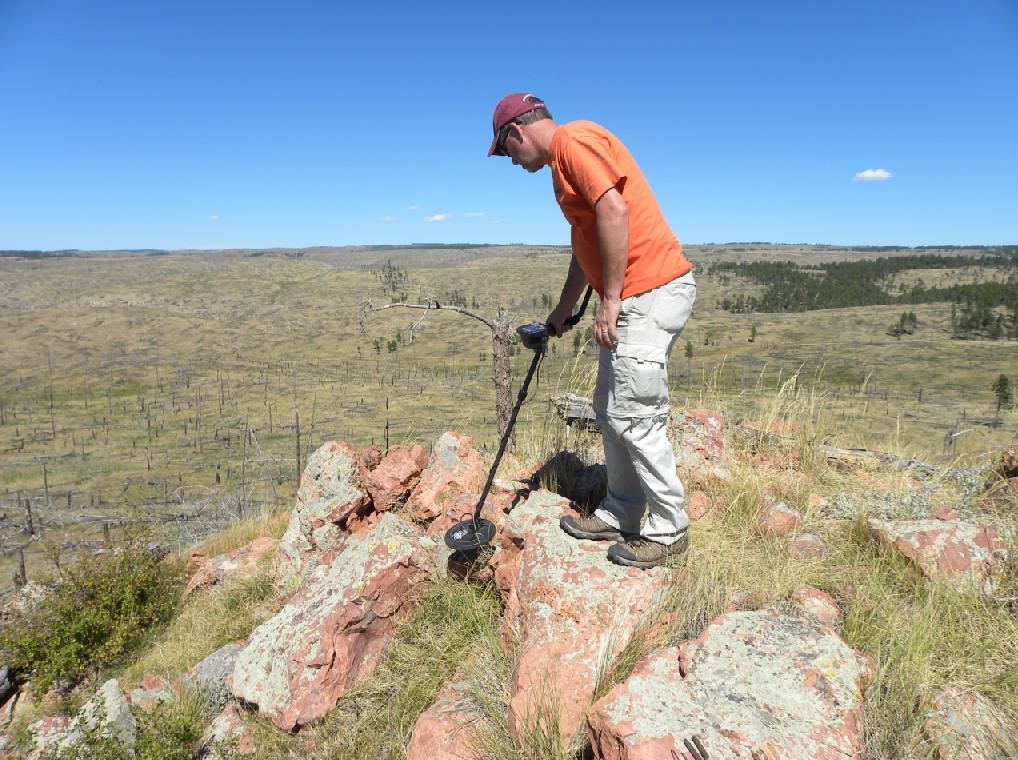 Kurt Luebke looking for relics with the metal detector. 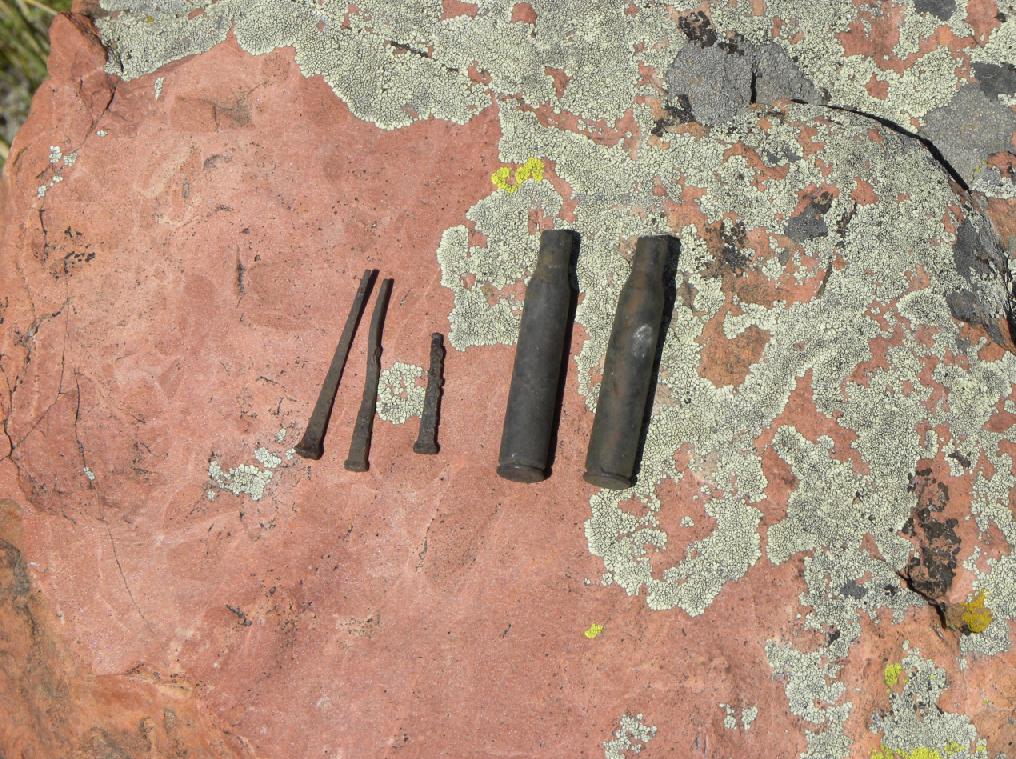 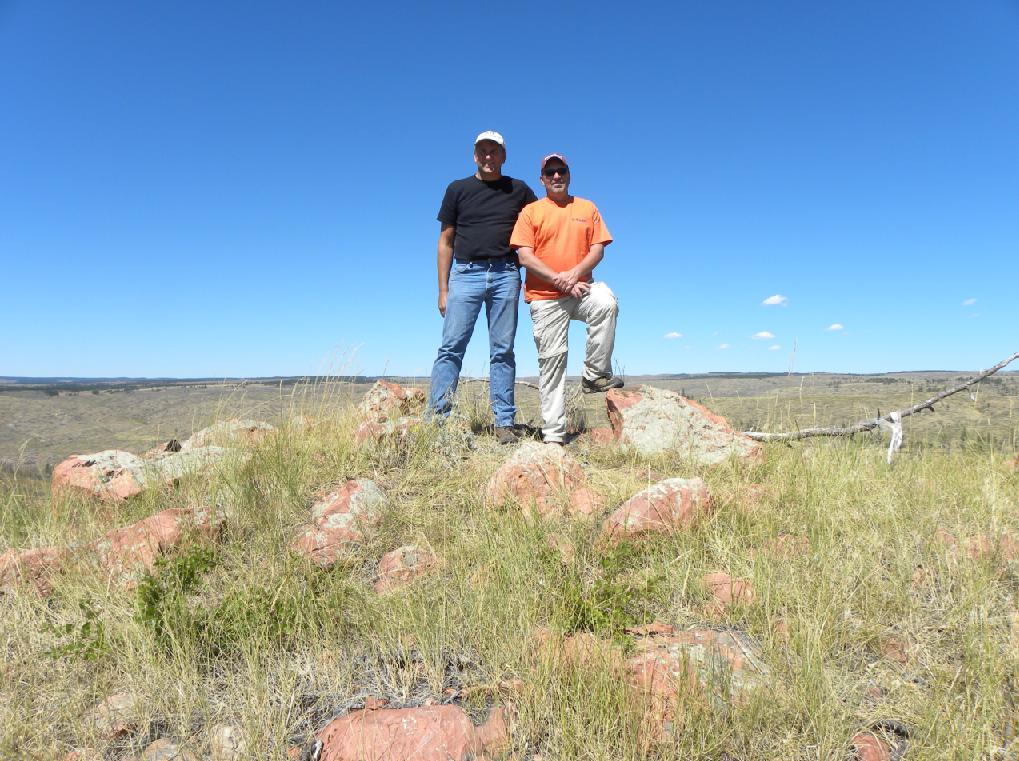 Jerry Penry of Nebraska (left) and Kurt Luebke of Montana on top of Surveyors Hill.