The photos below show how to use a timber scribe to mark letters and numbers on wood such as stakes or trees. This scribe is of newer manufacture, but the process is the same as the older models. The examples below show the strokes to make "T8N R9E". The size of the letters is determined by the radius of the circle. For instance the number "8" would be approximately 3½" tall by about 1¾" wide if made by this scribe. You would make the other numbers or letters that do not involve circles or arcs to be about the same size knowing that a number "8" or letter "B" would have to be a set size.

The timber scribe manufactured by K&E. 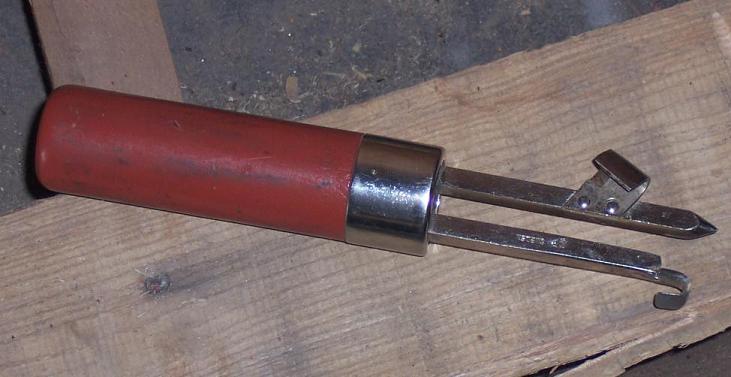 Close-up of the blades. 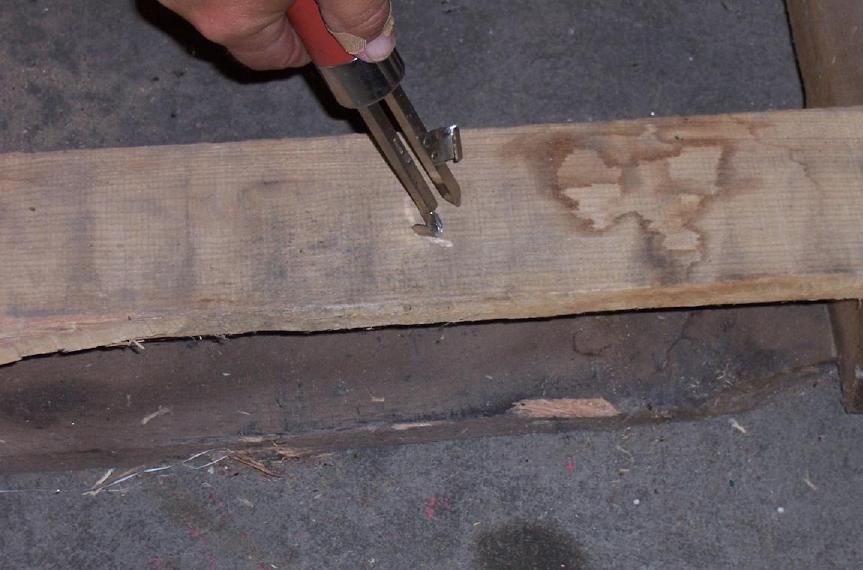 Beginning the top circle for the number "8" by setting the point at the radius point. 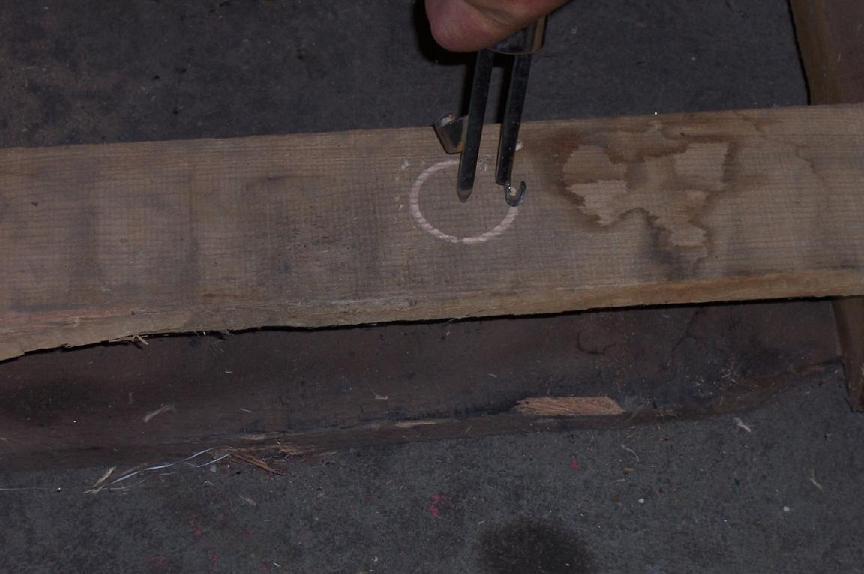 Completing the top circle for the "8". 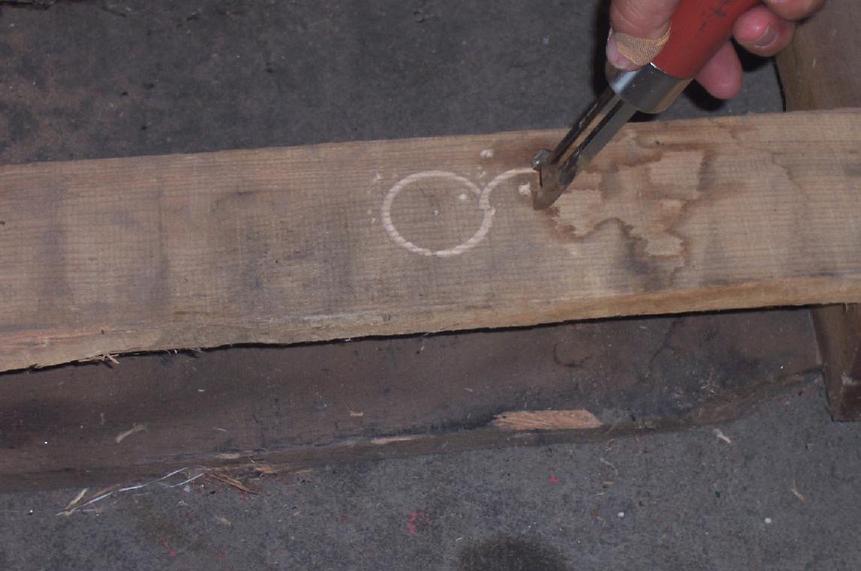 Forming the bottom circle for the "8". 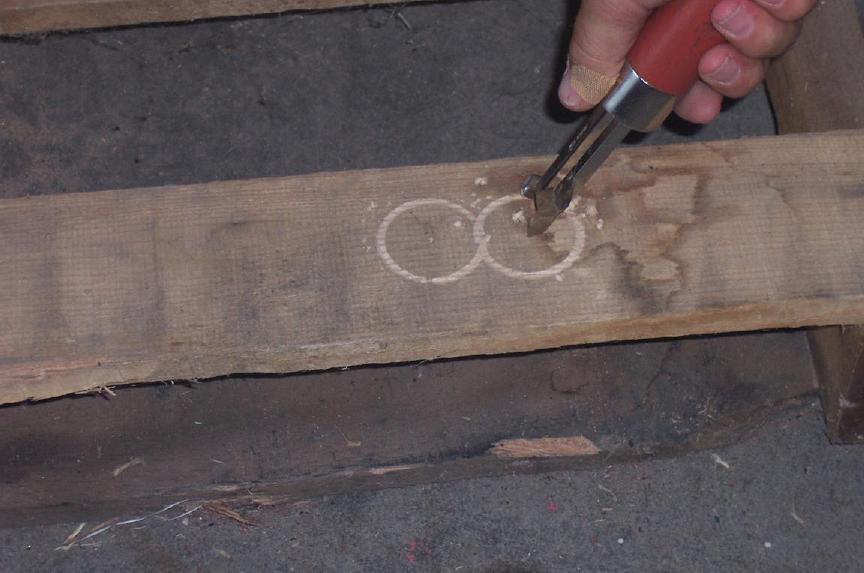 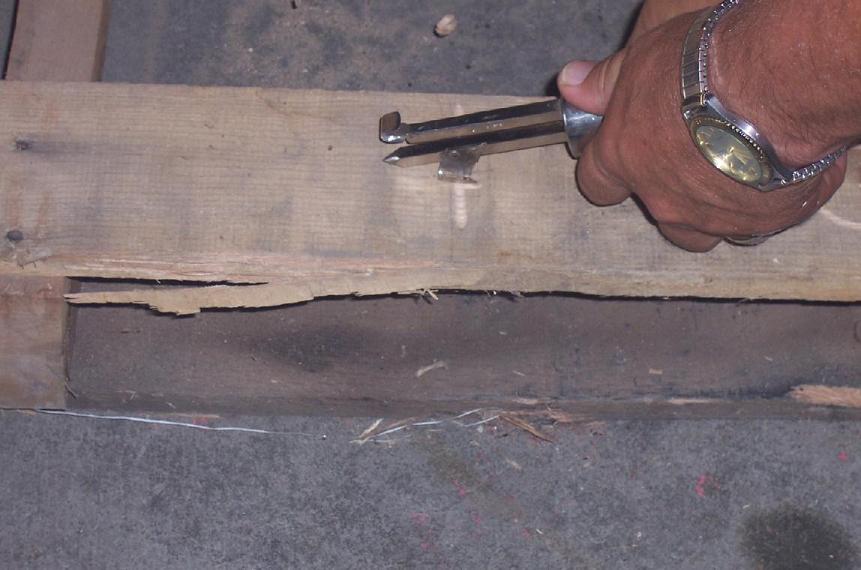 Beginning the downward stroke for the letter "T". 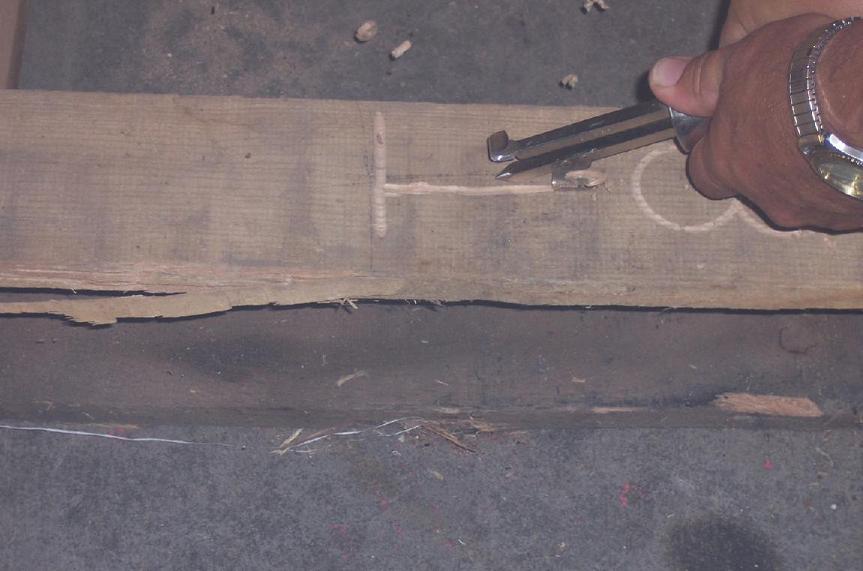 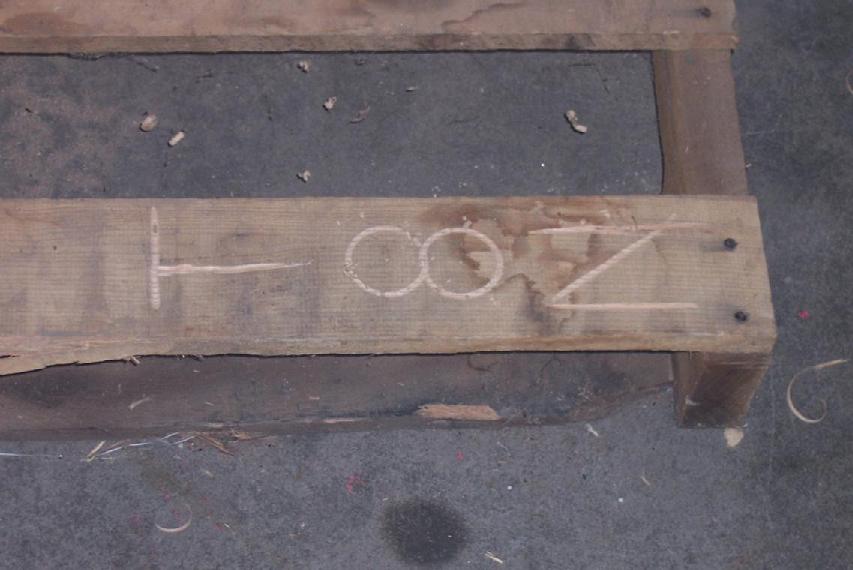 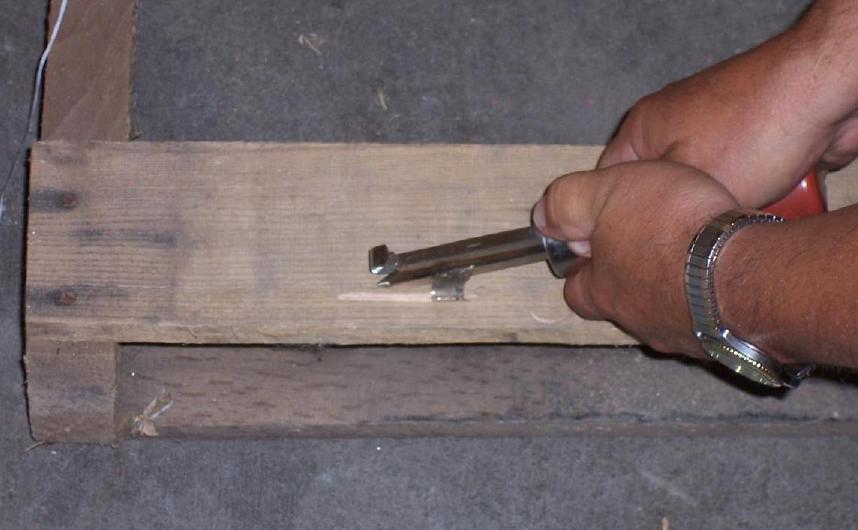 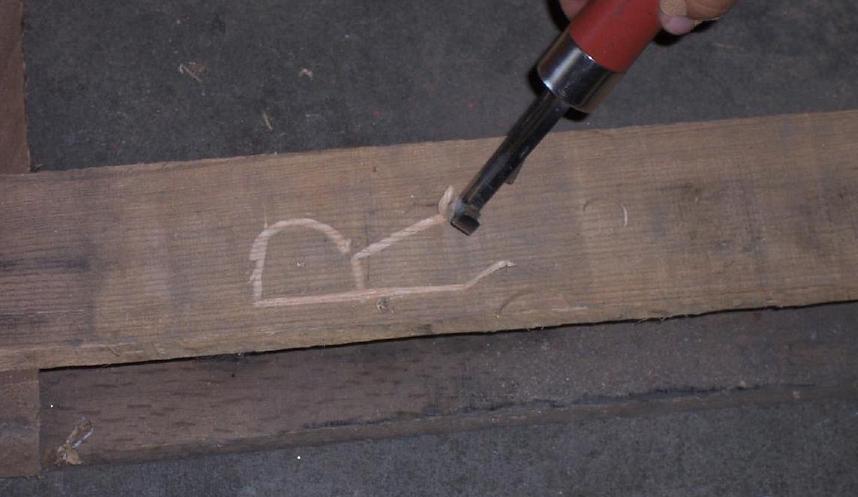 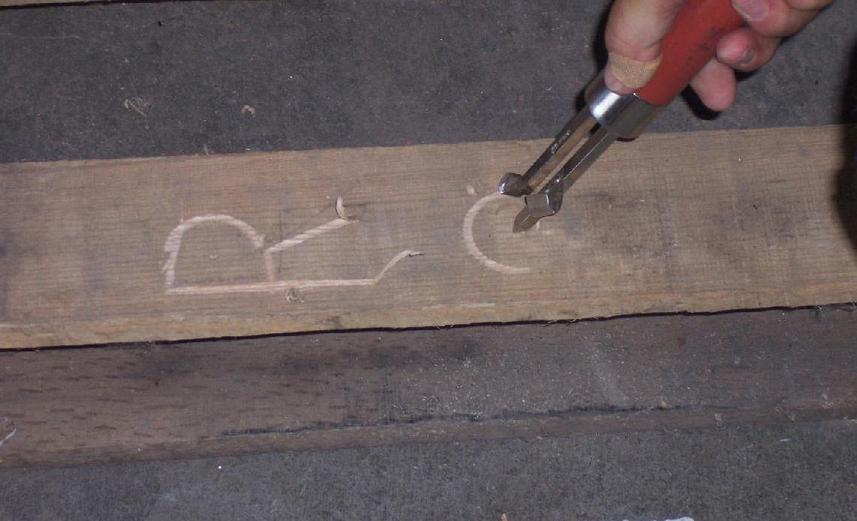 Beginning the circle for the numeral "9". 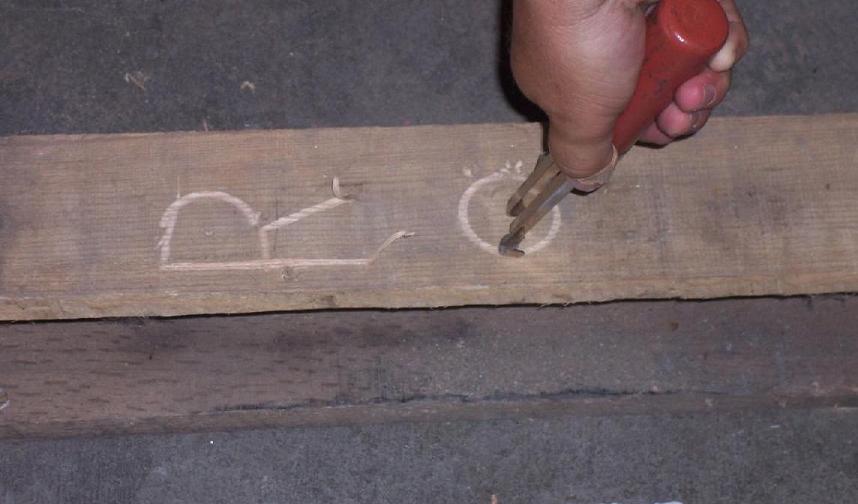 Completing the circle for the numeral "9". 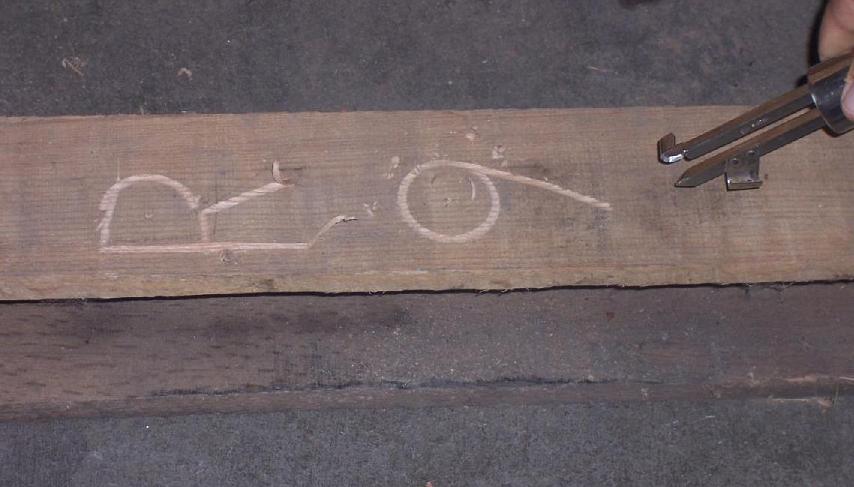 The completed numeral "9" with the downward stroke. 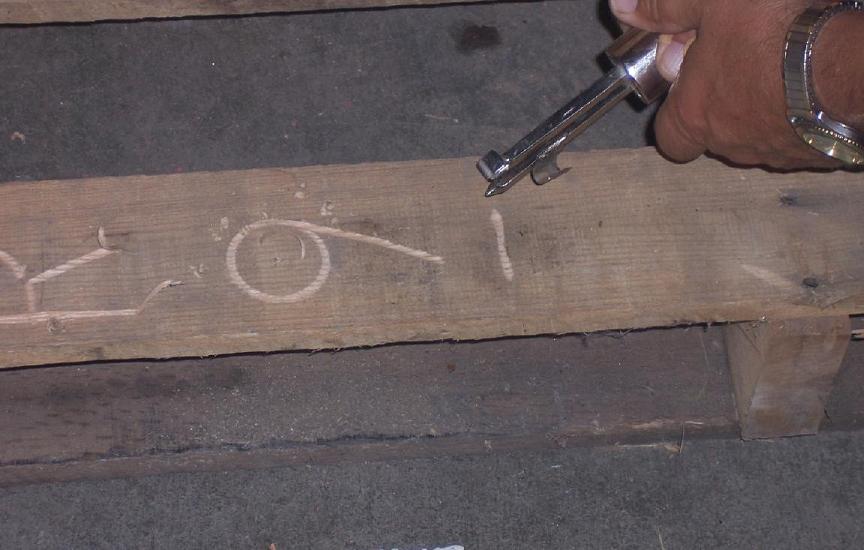 The top bar for the letter "E". 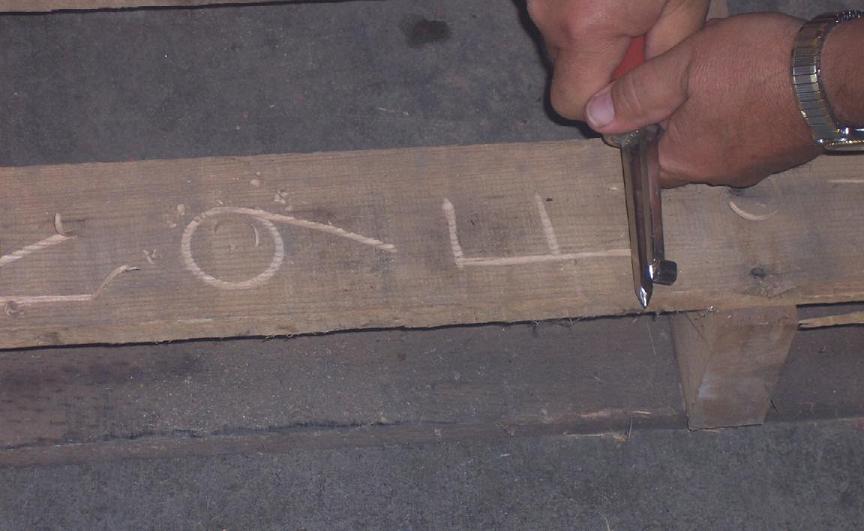 Finishing the lower bar for the letter "E".

The finished letters and numerals for "R9E - T8N".