Triangulation station "Basin" is located in western Boyd County, Nebraska, just southeast of the small town of Naper near the South Dakota border. The survey marker is located on the southernmost top of two prominent landmarks known as the Twin Buttes. These buttes rise to a height of approximately 200 feet above the surrounding country and are visible for many miles from South Dakota and from several counties away in Nebraska. 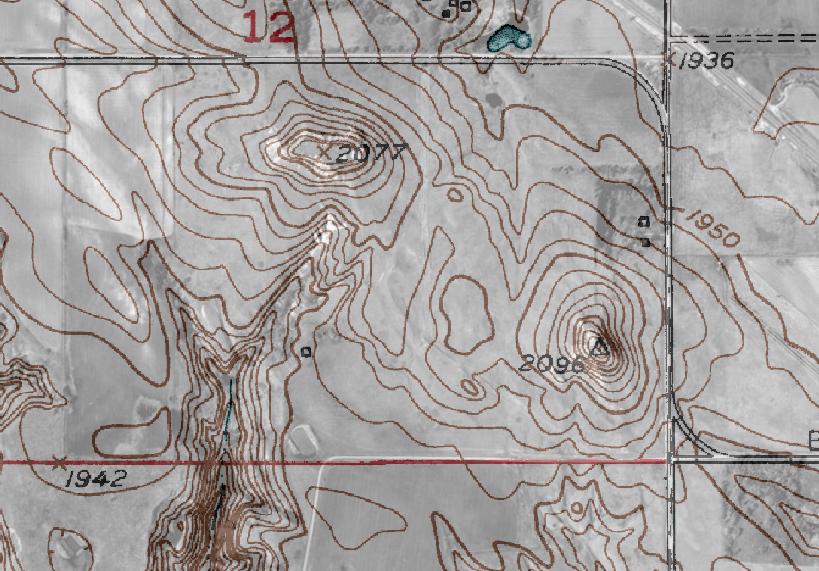 The Twin Buttes on the USGS 7.5-minute quad sheet. 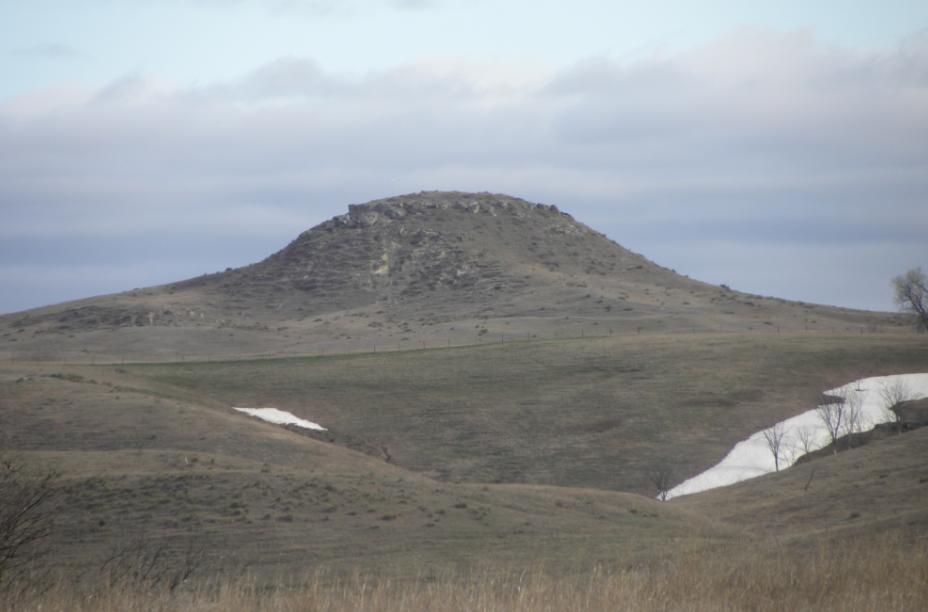 The triangulation marker is located on the top of this butte. 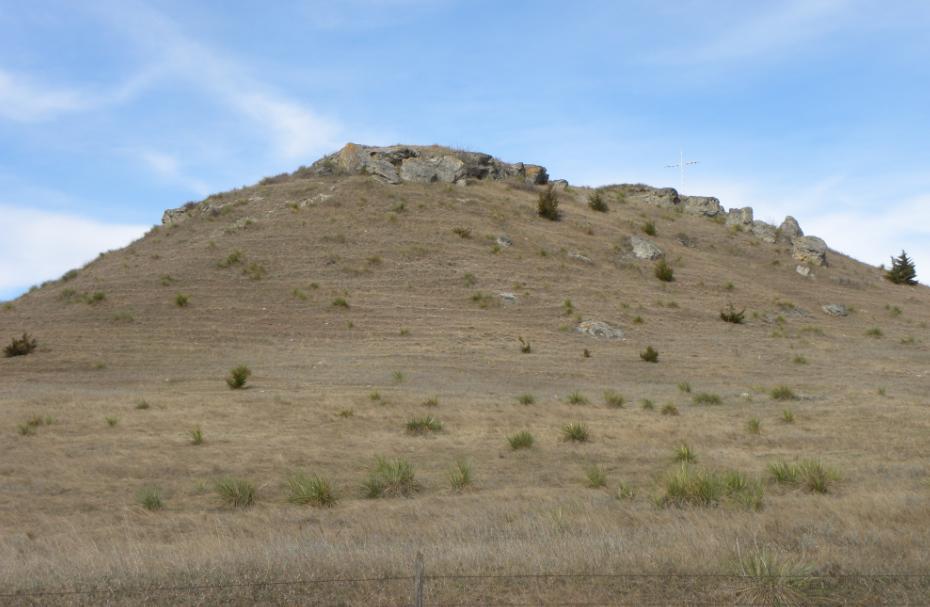 The pointed butte as viewed from the east looking west at its base. 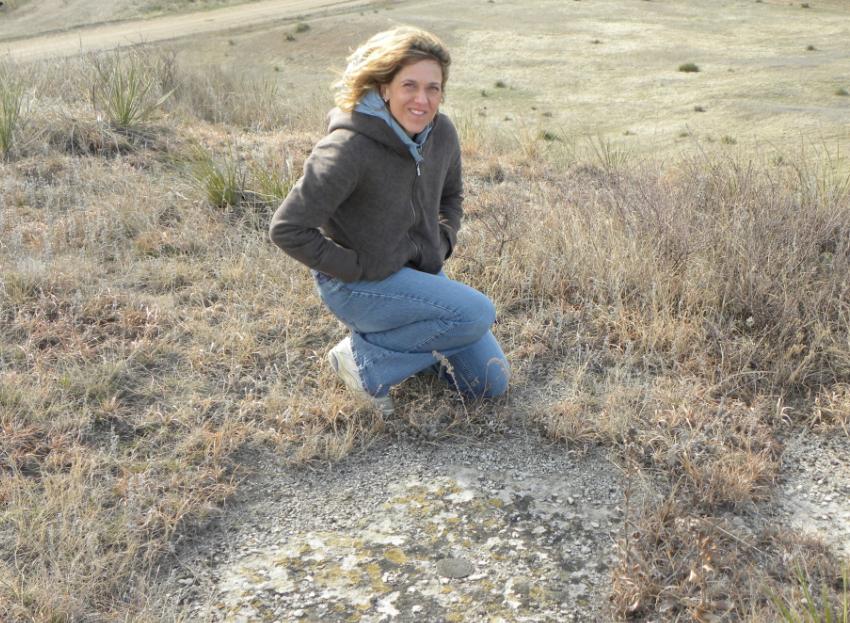 Jenny poses with the triangulation station in front of her which is set in the natural bedrock. 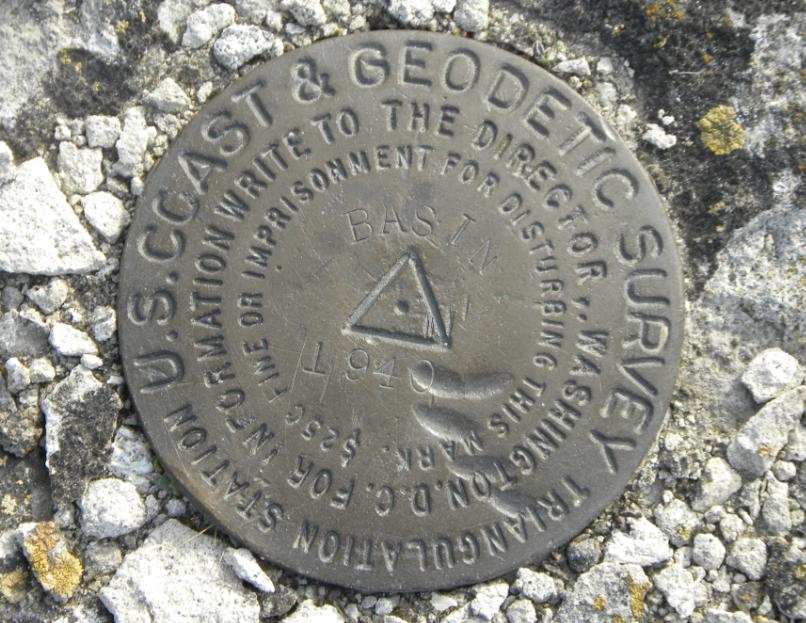 Close-up view of the brass disk set for station "Basin". 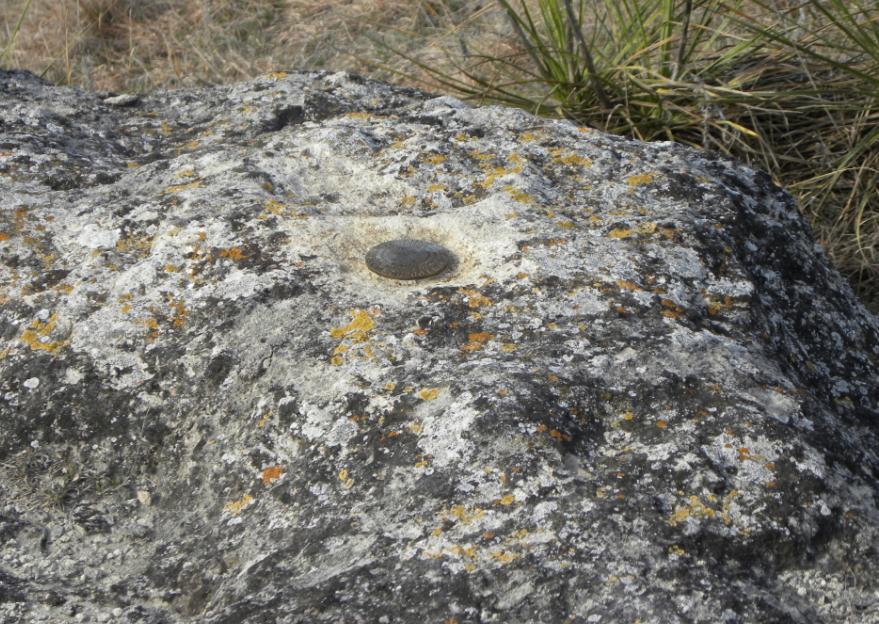 The location of Reference Mark No. 1. 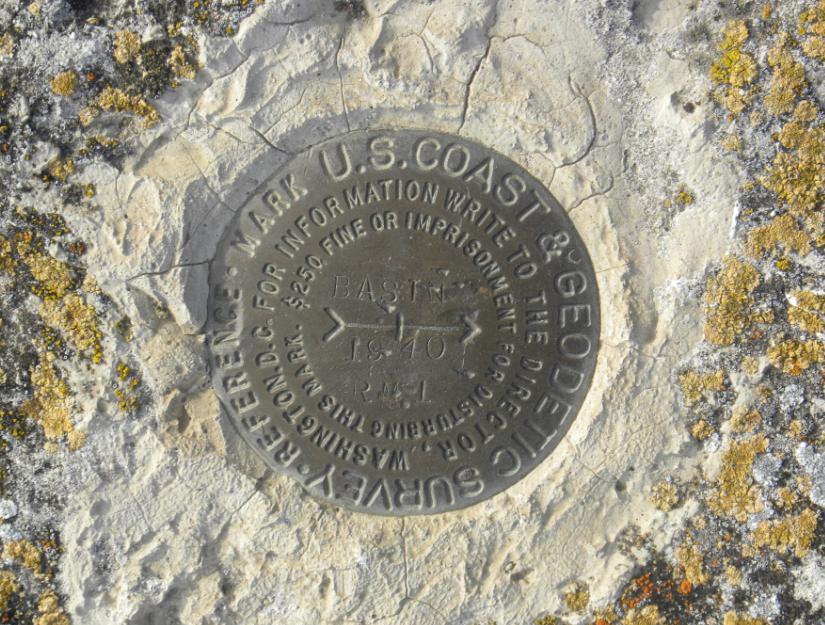 Close-up of Reference Mark No. 1. 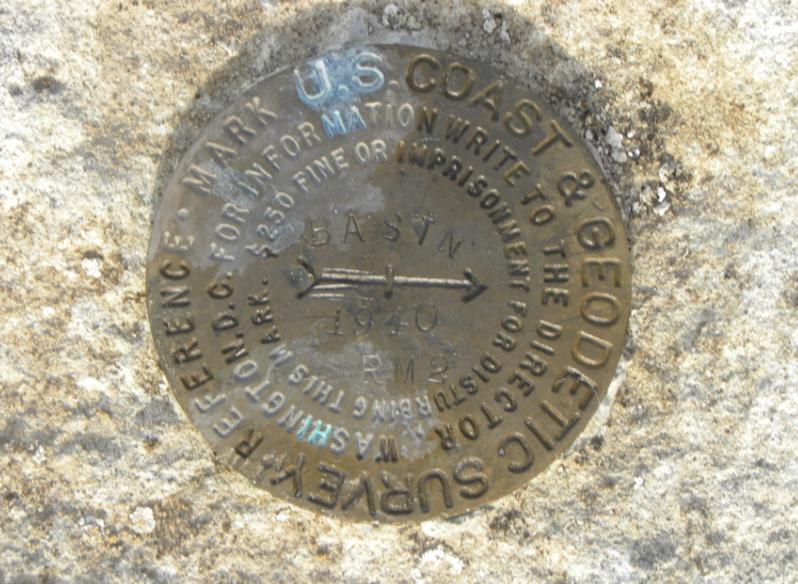 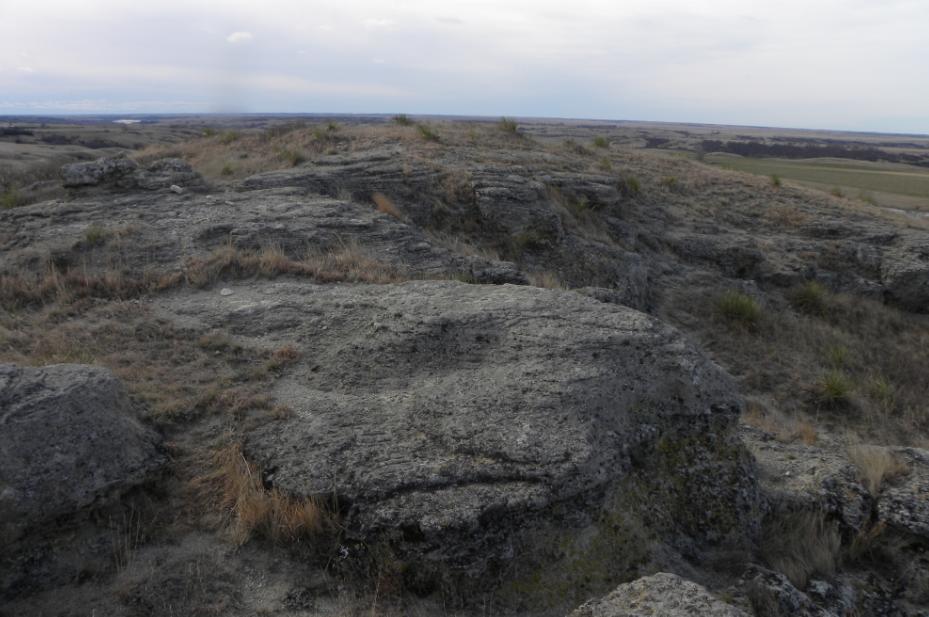 The view across the top of the southeastern butte where the marker is located.