Triangulation station "Lynch" is located in eastern Boyd County, Nebraska, approximately seven miles north of the small town of Lynch or about fives miles south-southeast of the location where the Nebraska/South Dakota border intersects the Missouri River. The survey marker is located on an unnamed high hill just to the north of another prominent hill known as "Tower Butte" or "Old Baldy". The Tower Butte was the stopping place for the Corps of Discovery on September 7, 1804, where Merriweather Lewis and William Clark first discovered the prairie dog while on the westward journey up the Missouri River. The monument used for station "Lynch", as well as its two reference marks, are the typical brass disks, but were placed in stove pipe instead of the normal framed concrete pads. The view from station "Lynch" provides a very picturesque scene of the Missouri River both upstream and downstream. 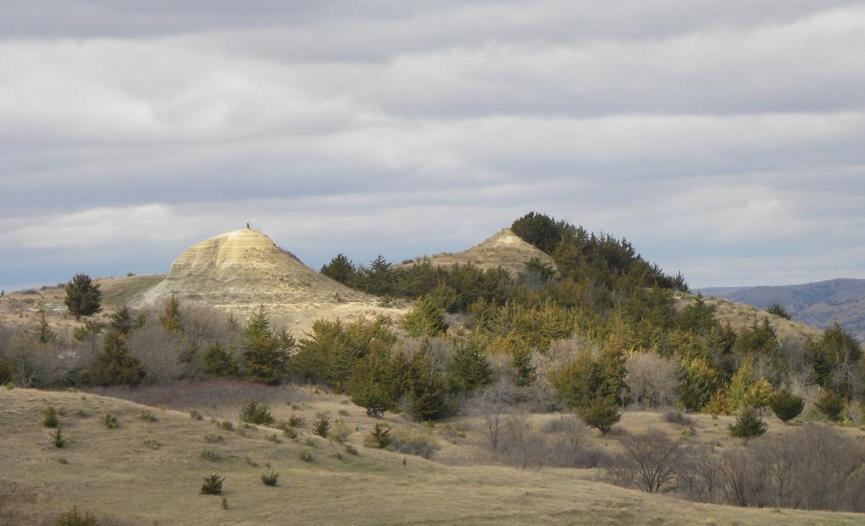 Triangulation station "Lynch" is located on the hill to the right (north) of the famous "Tower Butte" which is void of vegetation on its top. 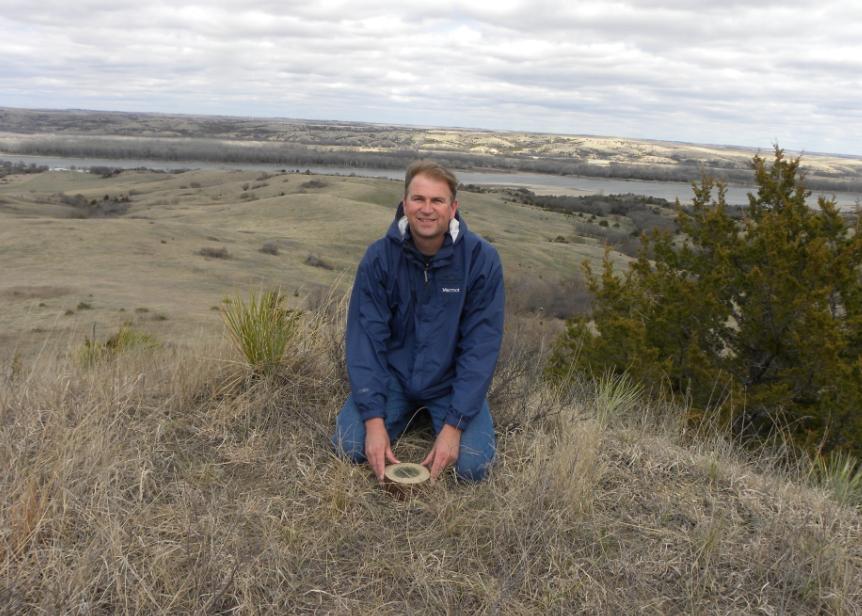 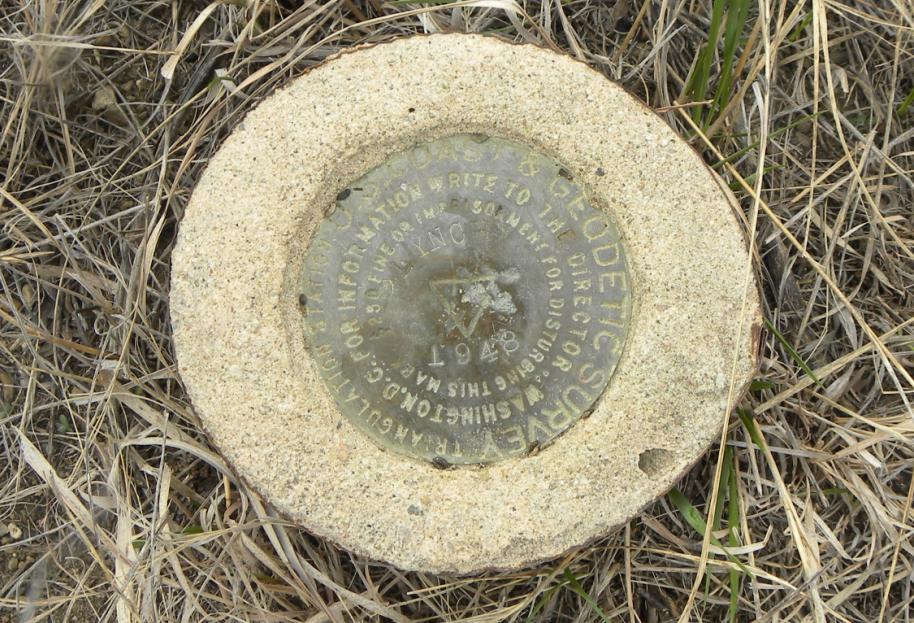 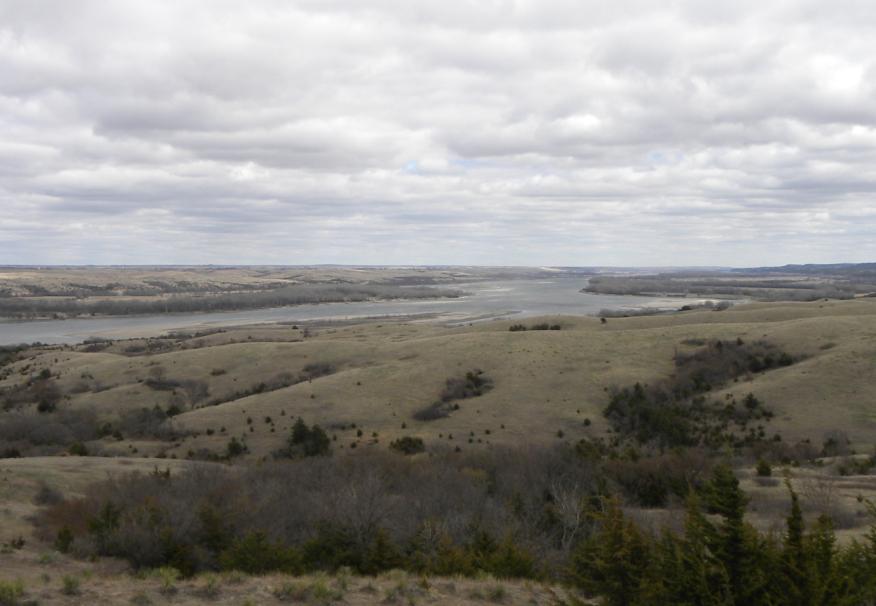 The view of the Missouri River looking downriver from the triangulation station.

Reference Mark No. 1 has had the surrounding soil eroded away from the stove pipe form. 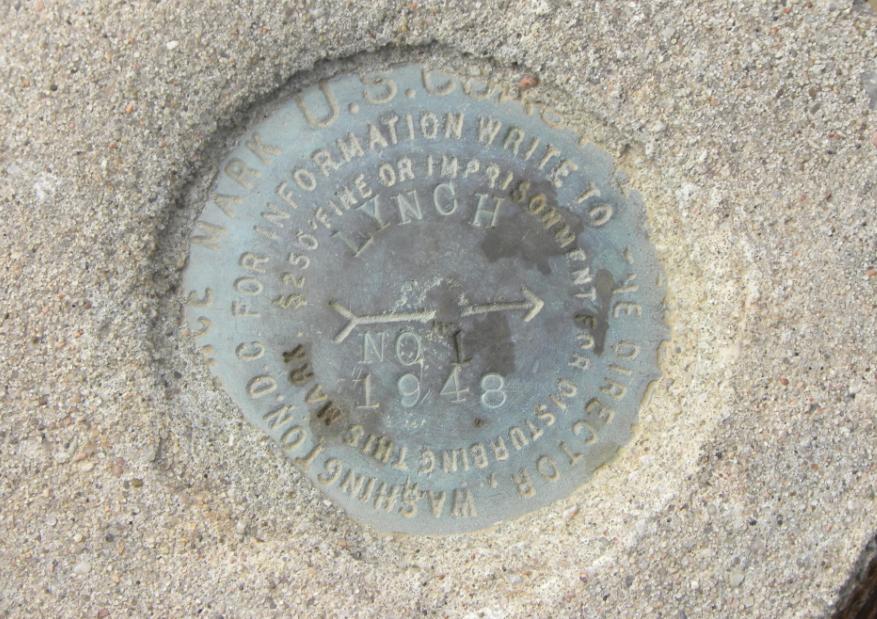 Close-up view of Reference Mark No. 1. 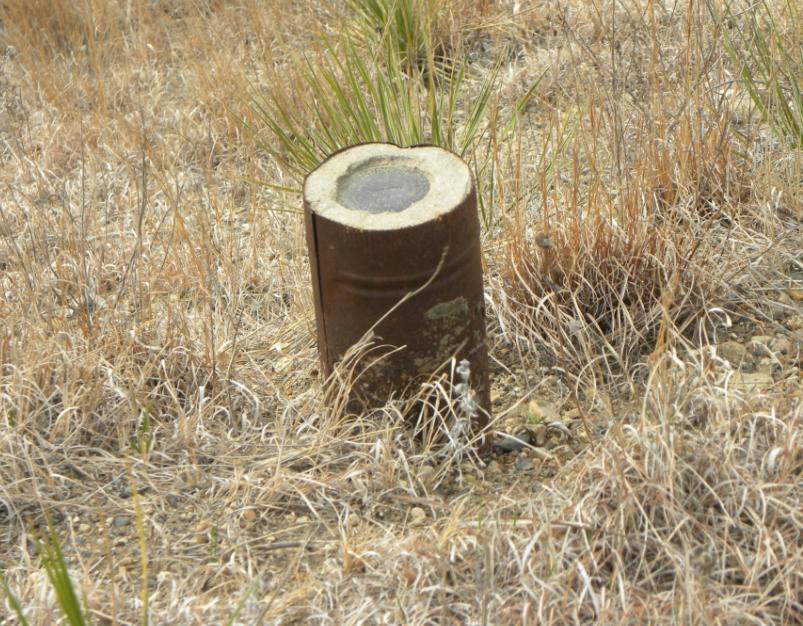 Reference Mark No. 2 has also had the surrounding soil eroded away. 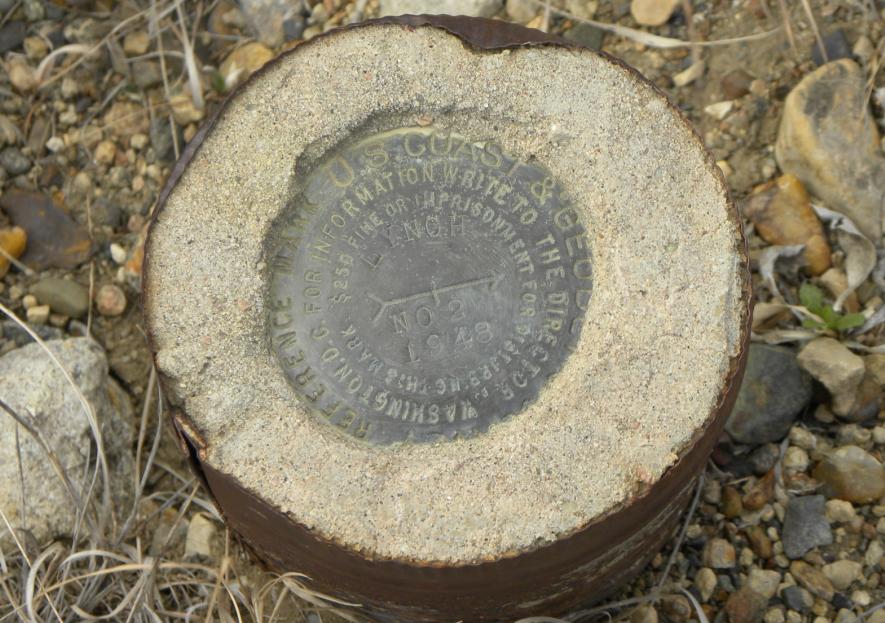 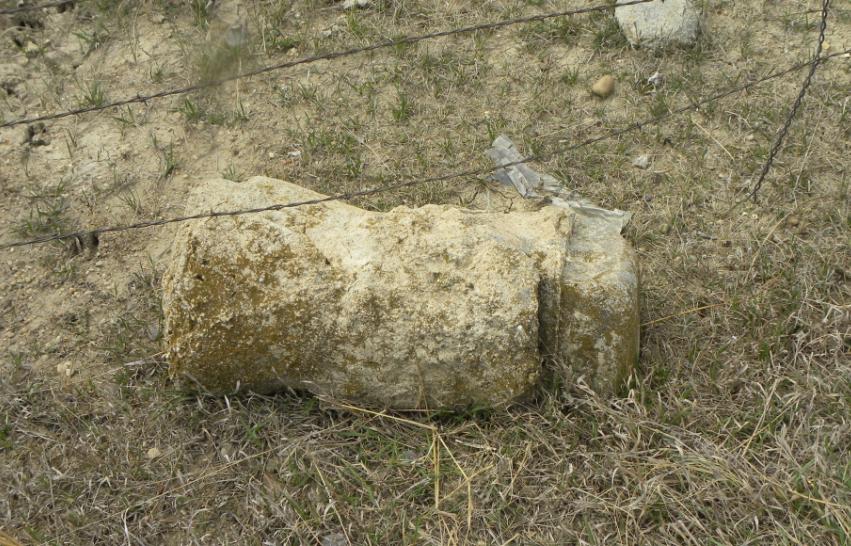 The Azimuth Mark for station "Lynch" is located approximately 0.5 miles to the south at a road and was found to be removed from its location.

Close-up view of the Azimuth Mark. 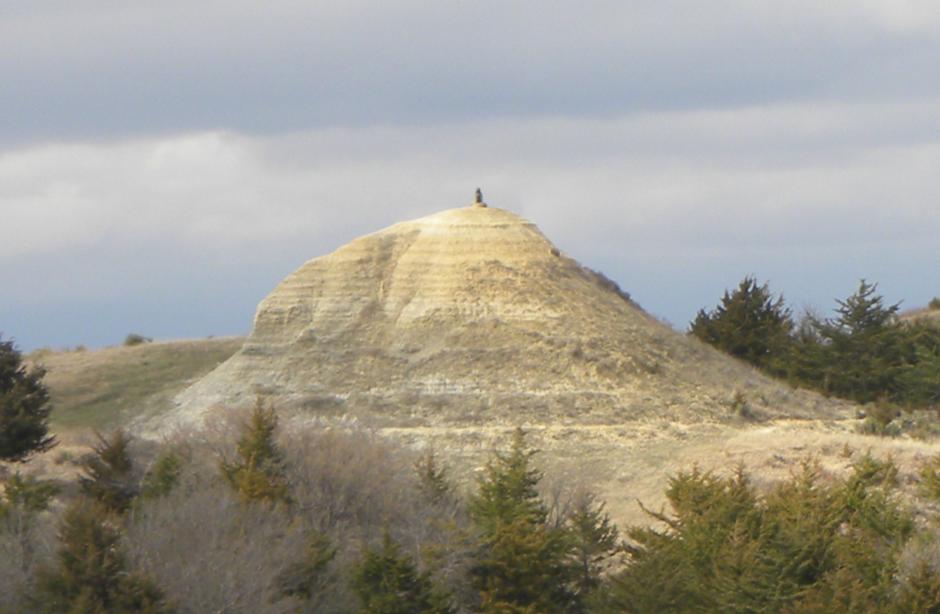 Close-up of the wooden statue of a prairie dog that sits atop "Tower Butte".