This station is believed to be the first brass disk placed by USC&GS in Nebraska. The other possibility might be station "Doyle" which was established on or near the same date. This triangulation station is located approximately three miles northeast of the town of Wolbach. The name "Walback" is likely an error made by the survey crew who should have instead named it "Wolbach" because of the nearby town. 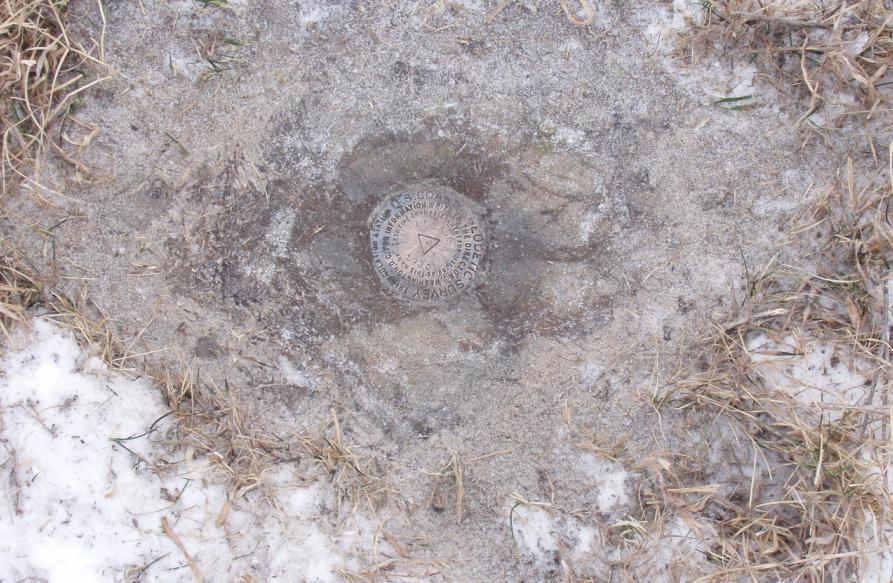 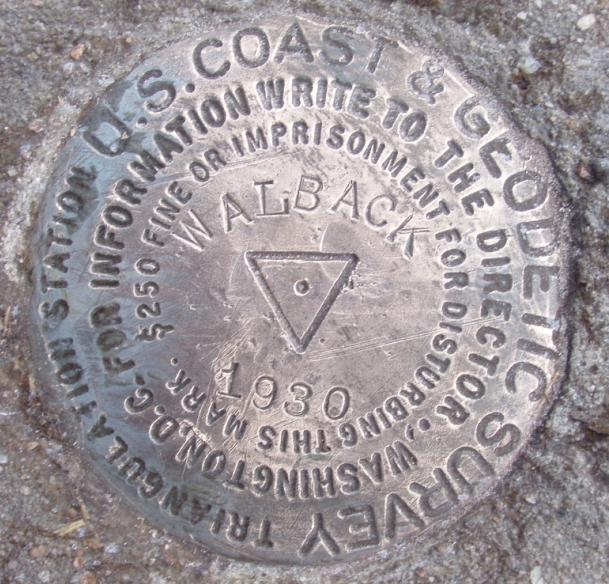 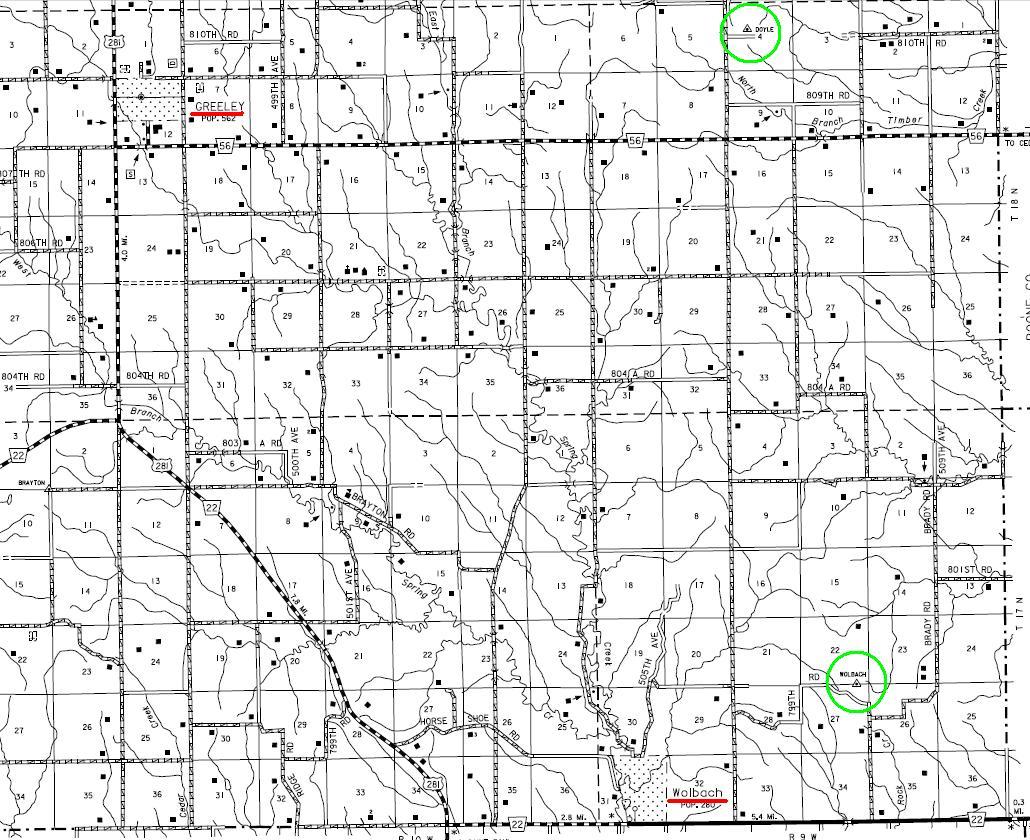 Station "Walback" is at the lower right, while station "Doyle" is at the upper right. Both were created on or near the same date.