The Lincoln magnetic station was located on the University of Nebraska's East Campus. It was apparently established in the year 1911 since it first appeared in the USC&GS Annual Report of 1911. It was described as being an 8" square limestone post and being 36" long with a brass plate affixed to the top. The brass plate was the early name used for what later became known as brass disks. On September 4, 1997, the Nebraska NGS advisor was alerted by the University that the monument was noticed by someone and that it was going to be in the way of planned construction. The marker was removed and a new sidewalk was placed where it once resided. 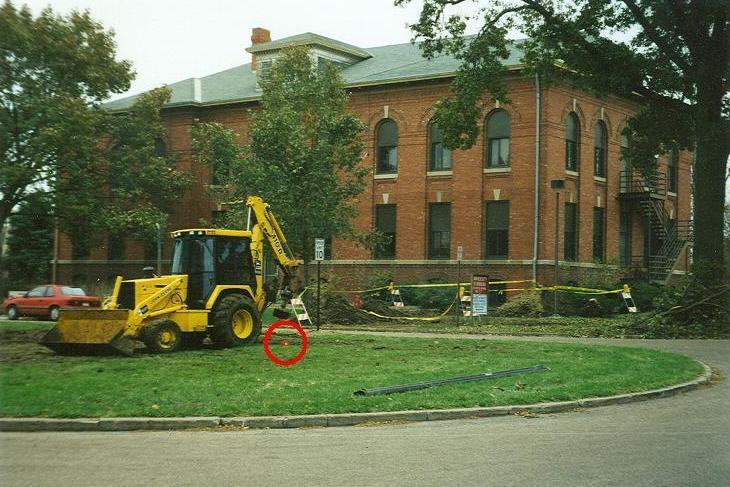 The Lincoln magnetic station is next to the backhoe and is shown in the red circle. It was torn out just days after this photo was taken on November 8, 1997.

The marker in limestone post prior to its removal.
Evidence of lead can be seen along the top edge which secured the brass disk to the post. 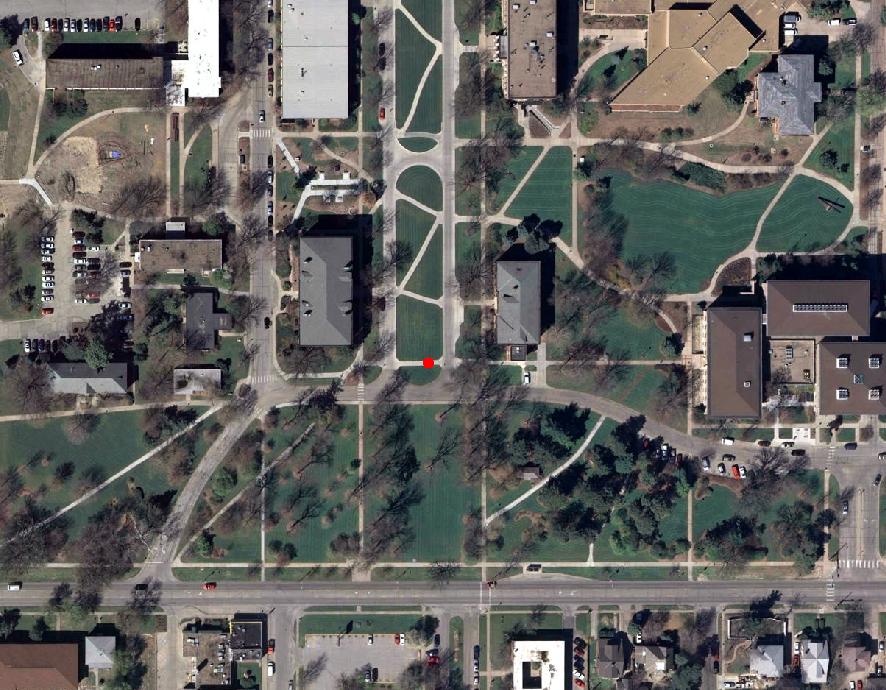 The red dot marks the approximate location on the UNL East Campus before the removal of the marker.