This monument was first uncovered in 1998 by chiseling through the asphalt drive of the small-town local cemetery. Fortunately nothing changes much in a cemetery. Many magnetic stations were placed in the year 1909 by USC&GS in or near the county seat of the various Nebraska counties. 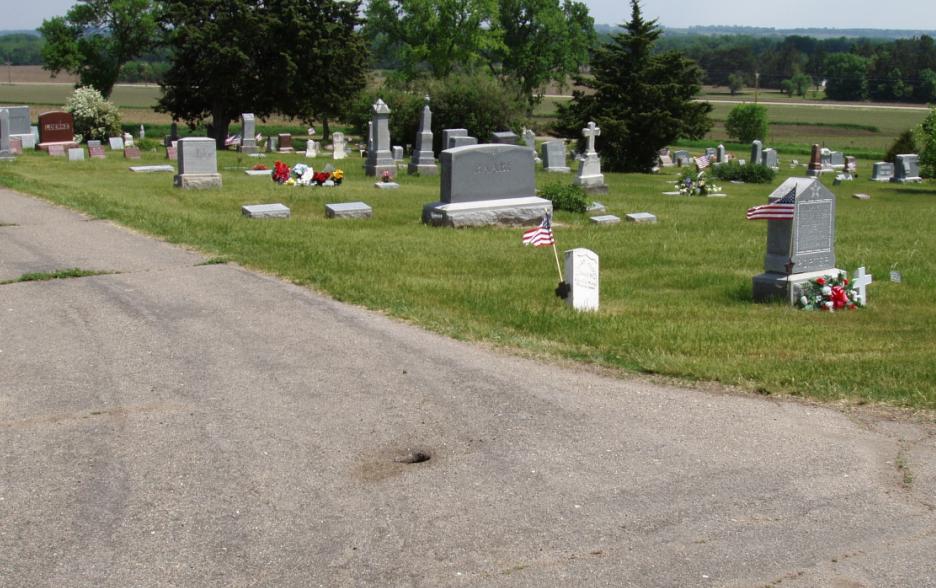 The hole in the pavement marks the location of the Stanton Magnetic Station. 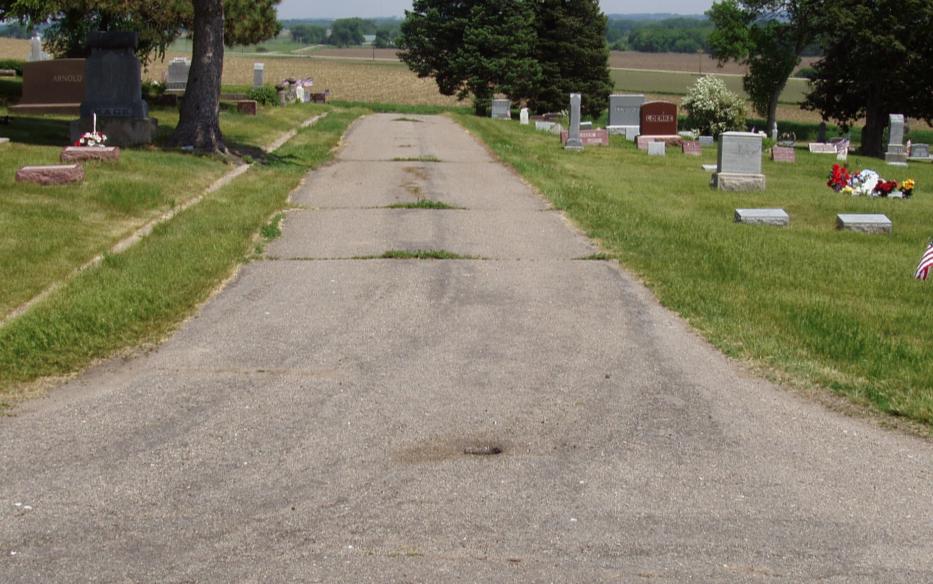 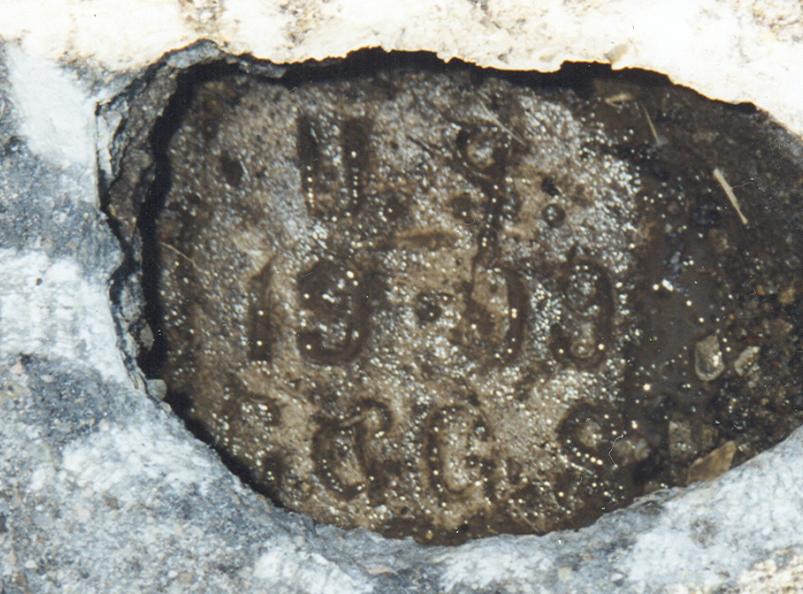 This photo was taken in 1998 when the monument was first uncovered.