The Wayne, Nebraska, magnetic station is an excellent example of a 6"-square limestone post which has survived for a century in a small town cemetery. 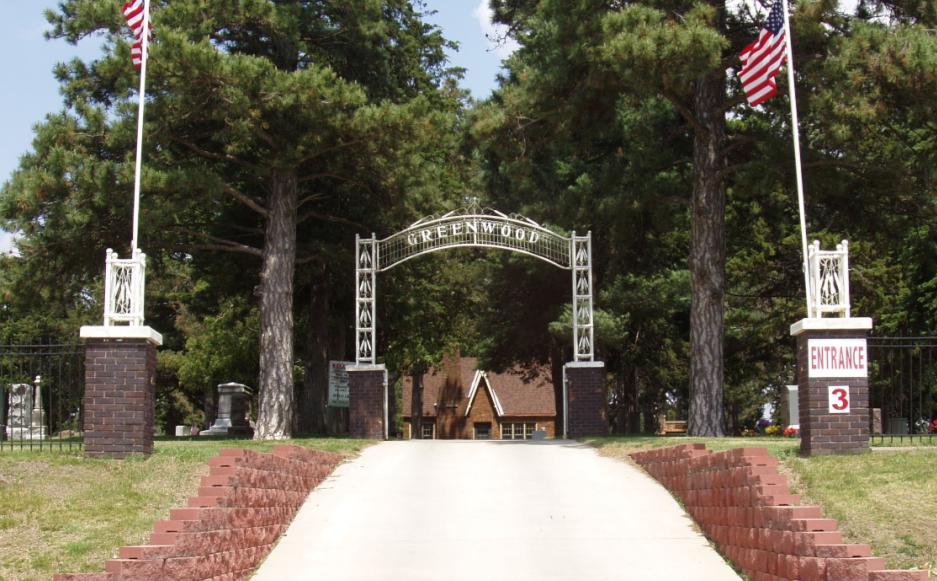 The entrance to the Greenwood Cemetery where the Wayne Magnetic Station is located. 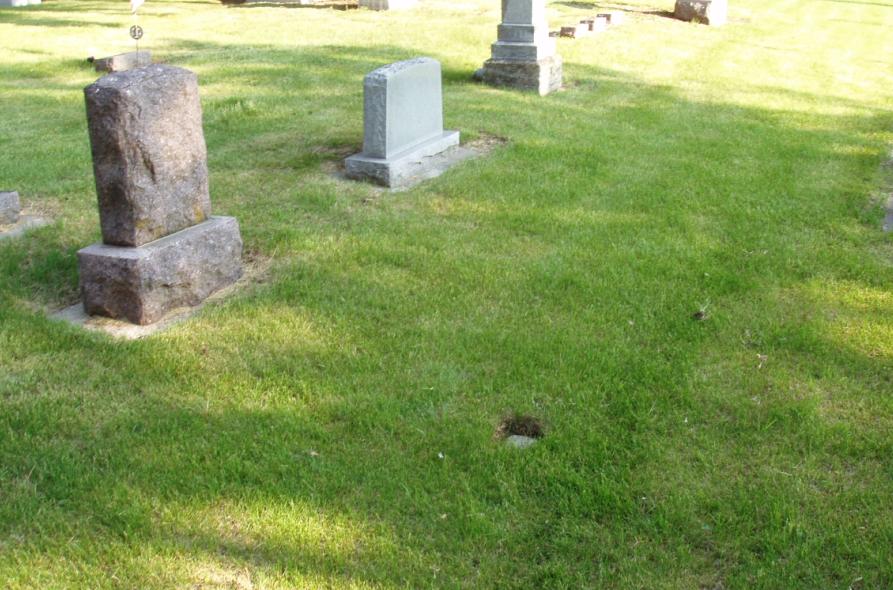 The location of the magnetic station in relation to nearby tombstones. 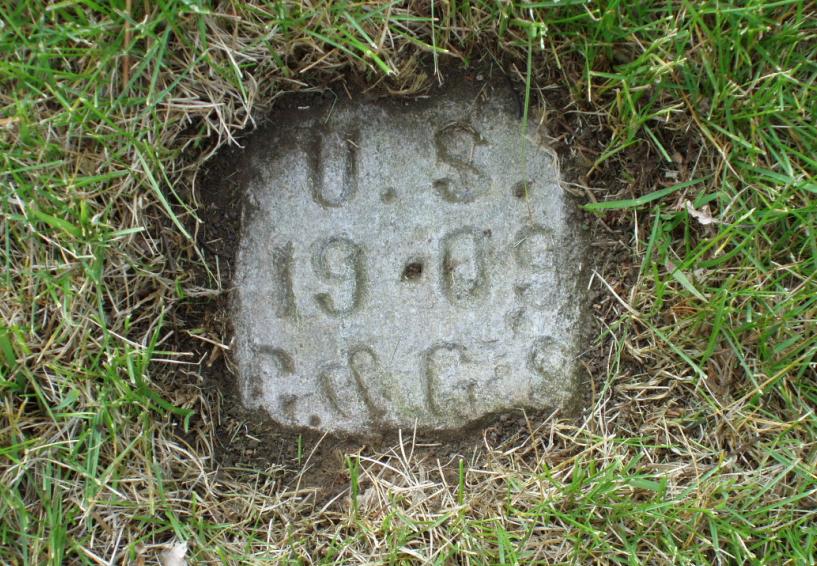